FIRE’s inaugural Faculty Conference took place from October 5-7, 2017, at the University of North Texas Dallas College of Law, in downtown Dallas, Texas. Roughly sixty scholars in a wide variety of disciplined participated in the conference, which featured papers presented on a range of topics relevant to today’s discussions of free speech and academic freedom.

Historian of medicine and science Alice Dreger delivered the closing keynote on October 7, capping off a successful first faculty-oriented conference for FIRE. The video recording of Alice Dreger’s keynote and the bios for the 2017 conference’s presenters are below. The papers presented at the conference are available in the 2017 Faculty Conference Proceedings volume. 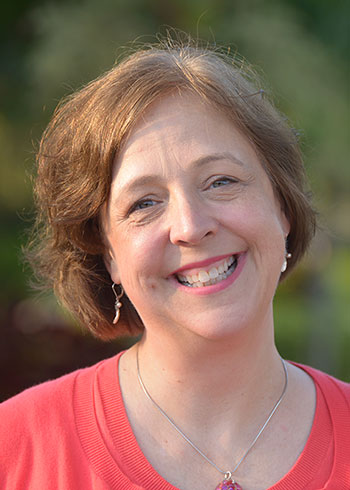 Kathleen Bartzen Culver is an assistant professor in the University of Wisconsin-Madison School of Journalism & Mass Communication, the James E. Burgess Chair in Journalism Ethics and director of the Center for Journalism Ethics. Long interested in the implications of digital media on journalism and public interest communication, Culver focuses on the ethical dimensions of social tools, technological advances and networked information. She combines these interests with a background in law and free expression. She also serves as visiting faculty for the Poynter Institute for Media Studies and was the founding editor of MediaShift’s education section. 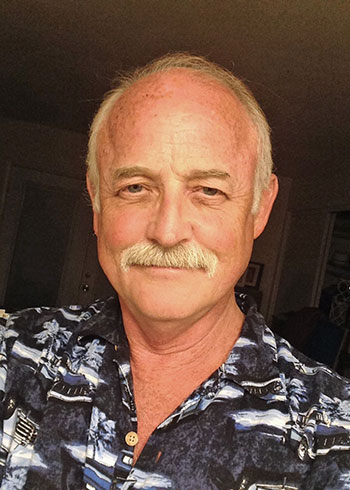 David Demers worked as a newspaper reporter, market researcher and professor before retiring to spend more time writing books and managing his book publishing business. He is author or editor of fifteen academic and trade books, including Undue Process, a novel loosely based on his free-speech lawsuit against Washington State University, where he taught from 1996 to 2012. In his case, Demers v. Austin, the U.S. Court of Appeals for the Ninth Circuit limited the scope of the Supreme Court’s 2006 ruling in Garcetti v. Ceballos, which limited the free speech rights of public employees imperiling the academic freedom rights of public university faculty. 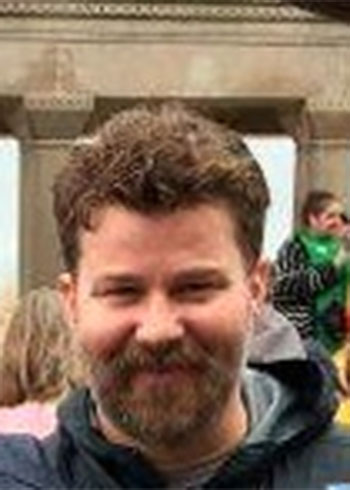 Joshua Duntley, Ph.D., is an Associate Professor of Criminal Justice and associated faculty in the Psychology Program at Stockton University.  His research and publications examine homicide, non-lethal violence, stalking, victimization, and human mating strategies.  He co-edited the volume Evolutionary Forensic Psychology and is co-author of the book Research Stories for Introductory Psychology. Joshua is the Director of Stockton University’s Honors Program and is Co-Director of the Stockton CSI summer camp. 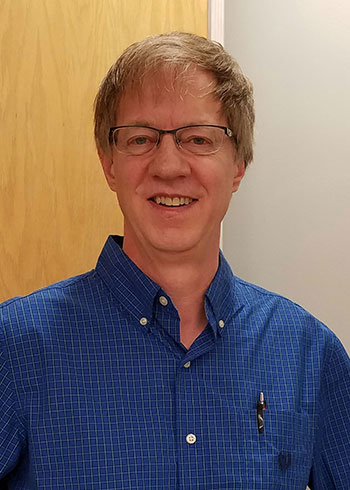 David R. Hodge, PhD, is a Professor and PhD Coordinator in the School of Social Work at Arizona State University. In addition, he holds non-resident appointments at the University of Pennsylvania’s Program for Research on Religion and Urban Civil Society, Baylor University’s Institute for Studies of Religion, and Duke University’s Center for Spirituality, Theology and Health, at the Center for Aging at Duke University Medical Center. He is also a Hartford Geriatric Faculty Scholar and a fellow in the Society for Social Work and Research. Dr. Hodge is an internationally recognized scholar on spirituality, religion, and culture. He has published over 100 scholarly articles, in addition to numerous encyclopedia entries, book chapters, and conference presentations on these and other topics. He has been ranked among the most impactful scholars in the social work profession. His favorite course is philosophy of science, which he teaches to first-year doctoral students. 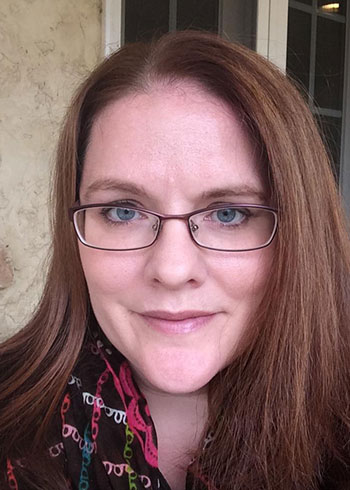 April Kelly-Woessner is Professor of Political Science and Chair of the Department of Politics, Philosophy and Legal Studies at Elizabethtown College. She is Director of the Master’s in Public Policy program and a correspondent for LNP (formerly Lancaster Intelligencer Journal).  Kelly-Woessner serves on the Executive Committee for Heterodox Academy, an organization dedicated to increasing viewpoint diversity in higher education.

Dr. Kelly-Woessner received her Ph.D. in Political Science from Ohio State University, specializing in public opinion, mass behavior, and political psychology.  Her research explores the intersection of politics and higher education. Her book (with Stanley Rothman and Matthew Woessner), The Still Divided Academy: How Competing Visions of Power Politics and Diversity Complicate the Mission of Higher Education (Rowman and Littlefield, 2011) examines the role of students, faculty, and administrators in shaping political dialogue on campus. She has published a number of articles on politics in higher education and political indoctrination, which have appeared in The Journal of Political Science Education, PS: Political Science and Politics, and as chapters in edited volumes. Most recently, her research examines the decline in political tolerance among America’s youth. 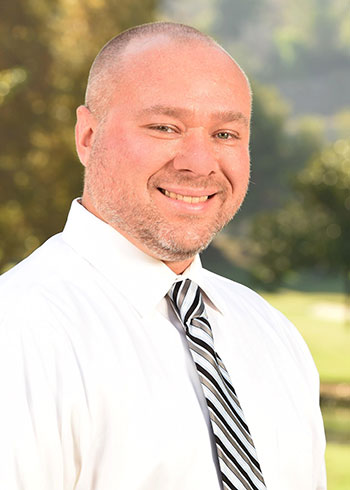 Jason M. Shepard, Ph.D., is an associate professor and chair of the Department of Communications at California State University, Fullerton. His research examines the role of the First Amendment in American democracy, journalism and culture, and he teaches courses in journalism and media law, history and ethics. He is author of Privileging the Press: Confidential Sources, Journalism Ethics and the First Amendment, which explores the history and ethics of journalists’ protection of confidential sources, and of co-author of Major Principles of Media Law, an annually updated textbook published by Cengage. He writes “Online Legalities,” a regular media law column for California Publisher. Shepard has a Ph.D. in mass communications, with a Ph.D. minor in law, from the University of Wisconsin-Madison. Before academia, Shepard worked as a former award-winning journalist in Wisconsin and Teach For America corps member in New York City. 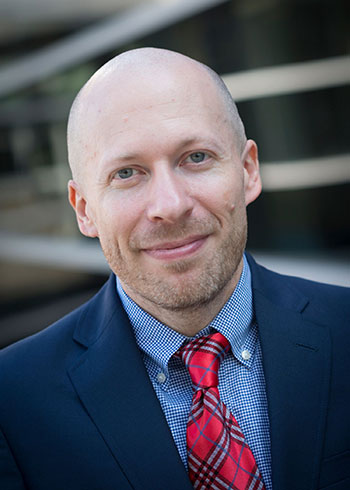 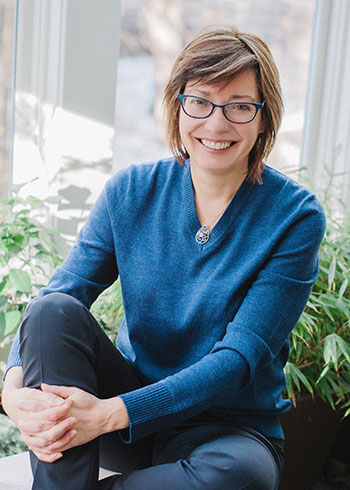 Alice Dreger is an historian of medicine and science, a sex researcher, a mainstream writer, and an (im)patient advocate. An award-winning scholar and writer, Dreger’s latest major work is Galileo’s Middle Finger: Heretics, Activists, and the Search for Justice in Science, which argues that the pursuit of evidence is the most important ethical imperative of our time. Funded by a Guggenheim Fellowship and published by Penguin Press, the book has been praised in many reviews, including in The New Yorker, Nature, Science, Forbes, New York Magazine, and Salon. It was named an “Editor’s Choice” by The New York Times Book Review, where Dreger was labeled “a sharp, disruptive scholar.” The Chronicle of Higher Education has called her a “star scholar” and, in a feature on her career, described Dreger’s writing as “reliably funny and passionate and vulnerable.”

Dreger earned her PhD in History and Philosophy of Science from Indiana University in 1995. She has embodied the idea of the public intellectual, simultaneously publishing widely-cited major original work in scholarly journals and high-visibility essays in the mainstream press. She has served as a regular writer for the health sections of The Atlantic and Pacific Standard and for the blog of Psychology Today, and her op-eds have appeared in numerous other venues, including The New York Times, The Washington Post, Chicago Tribune, WIRED, Slate, The LA Times, The Guardian, the Wall Street Journal, and New Statesman. Her live-tweeting of her son’s sex ed class in April, 2015, sparked an international discussion of abstinence-based education and led to her recently publishing The Talk: Helping Your Kids Navigate Sex in the Real World, a short guidebook for parents commissioned by Amazon Kindle Singles.