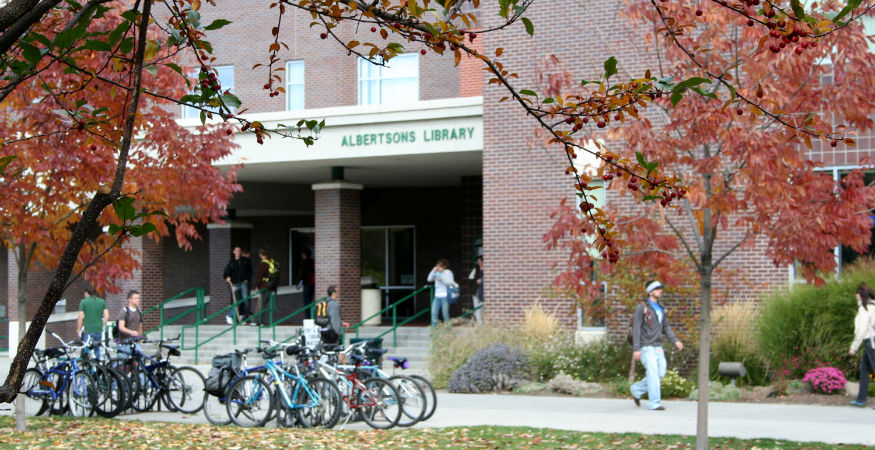 BOISE, Idaho, July 7, 2014—The Foundation for Individual Rights in Education (FIRE) has intervened at Boise State University after the college charged a student group hundreds of dollars in unconstitutional security fees for hosting a speech by a gun rights activist. Boise State forced the campus chapter of Young Americans for Liberty (YAL) to pay the fees or else face the last-minute cancellation of an event featuring Dick Heller, the named plaintiff in a well-known 2008 Supreme Court case regarding the possession of firearms.

“You could hardly ask for a clearer violation of a student group’s First Amendment rights,” said Peter Bonilla, Director of FIRE’s Individual Rights Defense Program. “At the last minute, Boise State decided to require expensive security for the event, gave YAL no say in the matter, and forced YAL to shoulder the expense or else have its event cancelled. Students should not be subject to this high-priced heckler’s veto over protected expression.”

On May 16, YAL was set to host an event promoting Second Amendment rights, featuring a keynote address from Heller, a plaintiff in the Supreme Court case District of Columbia v. Heller (2008). Less than 24 hours before the event, Boise State informed YAL that it would be required to pay $465 in security fees for the presence of five police and security officers and told the group that “Boise State will effectively cancel [the] reservation” if it did not pay the fees.

Having no other choice, YAL acceded to Boise State’s demand. A Boise State spokesperson later justified the fees by citing “concern that a community member had been encouraging folks to open carry” in violation of Boise State policy—an action YAL had explicitly discouraged among attendees. Boise State’s event policies claim to give the university the discretionary right to “require uniformed security officers and/or law enforcement officers” at student group events and make clear that “the cost will be passed on to the sponsoring organization.”

FIRE wrote to university president Robert Kustra on July 3, calling on Boise State to refund the unconstitutional security fees. As FIRE explained, Boise State’s demand that YAL pay extra security fees in response to the university’s open carry concerns allows for a “heckler’s veto,” meaning that opponents of any given event may saddle the event’s planners with prohibitive security costs by threatening trouble. FIRE also criticized Boise State’s unconstitutional event policies, which give university administrators essentially unchecked discretion to charge security fees as they see fit, in violation of the First Amendment.

Boise State is also the subject of a First Amendment lawsuit brought by the pro-life student group Abolitionists4Life, which is suing Boise State for confining its activities to “free speech zones” comprising less than 1 percent of Boise State’s campus. Abolitionists4Life is represented by the organization Alliance Defending Freedom.

“The message to universities is clear: If you don’t uphold the First Amendment on campus, you can expect to be held accountable for it in court,” said Robert Shibley, FIRE’s Senior Vice President. “Against this backdrop, we hope Boise State will quickly refund YAL’s fees, revise its event policies, and allow the entire Boise State campus to be the ‘free speech zone’ the First Amendment demands that it be.”