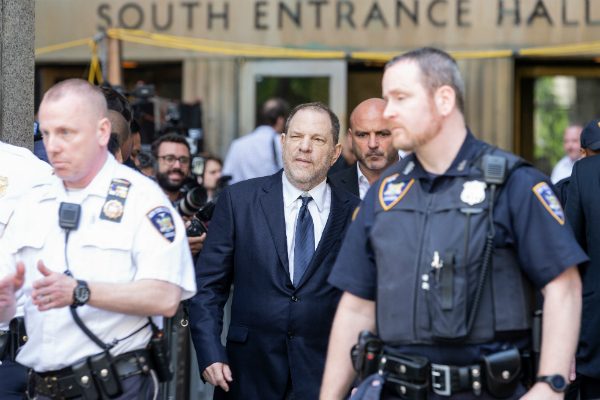 This weekend, Harvard University administrators hit another milestone in their campaign to engage in only the most shameful and cravenly political decision-making possible. Dean of Harvard College Rakesh Khurana announced that law professor Ronald Sullivan and his wife Stephanie Robinson would not be renewed as faculty deans of Winthrop House. (They are the first African-Americans to hold these positions.) Sullivan, a high-profile attorney, came under fire earlier this year for agreeing to serve on Harvey Weinstein’s legal team, a decision that led student activists to petition for his removal on the grounds that his agreement to legally represent Weinstein meant he could no longer lead a house where students would be “welcomed, supported, and encouraged to raise their voices against any form of discrimination.”

Ironically, Sullivan stepped down from Weinstein’s legal team only hours before Khurana announced his decision.

The handwriting was on the wall as far back as February, when Dean Khurana — last seen chasing the last few sorority sisters off of Harvard’s campus and creating a 21st century campus mashup of Joe McCarthy and the Court of Star Chamber — declared that Harvard would hold a “climate review” of Winthrop House, the Harvard dormitory/residential college in which Sullivan and Robinson lived and of which they were the faculty leaders. The review, in fact, was led by former Dean of Freshmen Thomas A. Dingman, who last appeared on FIRE’s radar back in 2011 when he attempted to have all freshmen sign a “kindness pledge” (read: civility code), with the names of all the signers kindly posted in the entryway of each dormitory, so that everyone would know who was nice and who was mean.

Given that this “climate review” took place at a time when Winthrop House was in turmoil and had, among other things, been defaced with graffiti reading “Down w Sullivan!,” “Your Silence is Violence,” “Whose Side Are You On?,” and “Our Rage is Self Defense,” it would be a miracle if the review came back all smiles, regardless of anything Sullivan did.

Coincidentally (ahem), Khurana’s announcement came one day after a lengthy article in the Harvard Crimson student newspaper reported that “[s]ince 2016, more than a dozen Winthrop tutors, students, and staff have brought concerns about Sullivan and Robinson to College administrators in meetings, emails, and reports.” Somehow, though, administrators did not see fit to act on these reports until this weekend. As the Crimson reported, “Many of the staffers also alleged that Dean of the College Rakesh Khurana, Dean for Administration Sheila C. Thimba, and former Dean of Students Stephen Lassonde have also been aware of issues within Winthrop’s walls for several years and did not adequately address what more than a dozen current and former Winthrop students and staff deemed a toxic climate.”

Gee, I wonder what could have been behind this change of behavior.

Harvard has, of course, decided to go the utterly predictable route of claiming that its refusal to renew Sullivan and Robinson’s term as faculty deans is not really about the thing that clearly caused it to happen. According to USA Today, “Rakesh Khurana, dean of Harvard College, announced his decision in an email to residents of the school’s Winthrop House, calling the situation ‘untenable’ and saying it was ‘informed by a number of considerations.’” Of course, we have no way of knowing how valid the concerns expressed (often anonymously) about Sullivan and Robinson in the Crimson article, or those to which Khurana refers, might be. What we do know is that until Sullivan inadvertently stepped on a political landmine by doing what many lawyers do every day — defending an unpopular client — none of these alleged problems appear to have been worth addressing by administrators.

Absent any transparency about the specifics of these concerns or their validity, any others at Harvard who might follow in Sullivan’s footsteps and perform the often thankless job of defending the despised will have to expect that they do so at their own peril.

In a final irony, the “number of considerations” to which Khurana referred in his email evidently did not include actual, well, consideration. As The New York Times reports:

In a statement, Mr. Sullivan and Ms. Robinson said, “We are surprised and dismayed by the action Harvard announced today. We believed the discussions we were having with high-level university representatives were progressing in a positive manner, but Harvard unilaterally ended those talks.”