FIRE > Newsdesk > Top Story > Hiding from the critics: University of Wisconsin-Madison sued for censoring comments on their Facebook and Instagram pages 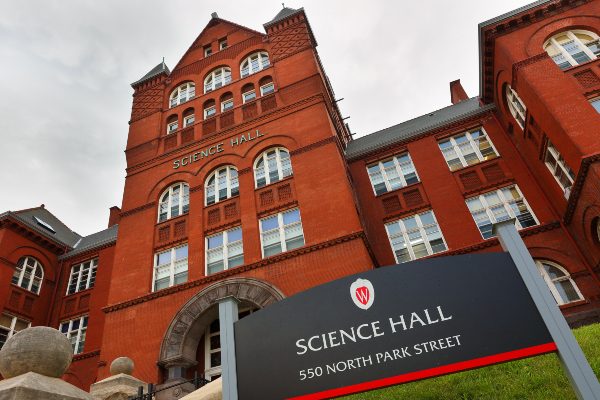 On Feb. 10, the Animal Legal Defense Fund filed a suit against the Board of Regents at the University of Wisconsin-Madison for allegedly hiding comments criticizing the university on their social media pages.

The university is being sued on behalf of an alumna, Madeline Krasno, who worked as an undergraduate animal caretaker in the university’s primate research lab before graduating from UW-Madison in 2013. Krasno is an animal rights activist who says that she witnessed animal abuse first-hand while working in the university lab. This led her to take action by bringing attention to the university’s animal testing practices via the comment sections of the university’s Facebook and Instagram accounts beginning in September 2020.

This week we filed a lawsuit on behalf of a former employee of the University of Wisconsin-Madison’s controversial primate research labs, who has been prevented from posting truthful comments on the university’s public social media accounts.https://t.co/TFfQXissIo

UW-Madison’s own social media guidelines state that “most people who maintain social media sites welcome comments — it builds credibility and community.” Yet, allowing some comments while selectively censoring criticism is censorship of its community and only lessens the university’s credibility. ALDF’s complaint in the United States District Court for the Western District of Wisconsin states:

The University of Wisconsin-Madison operates social media accounts to provide a central forum for the public to obtain news and information about it. The University’s Instagram account, @uwmadison, and Facebook Page, which publish messages, images, and photos that elicit comments from visitors, have become important public fora. Students, alumni, or the general public can directly address university staff, students, and administrators about issues ranging from diversity and inclusion to university sports to voting. Seeking to limit the discourse among participants in these fora, the University has excluded all comments from an alumna of their university critical of their highly publicized, controversial, and unlawful research on nonhuman primates. The University’s practice of excluding critical commentary, done to silence speech on the basis of viewpoint, violates the First Amendment.

We’ll be watching the lawsuit closely. But this would not be the first time a university has fallen short of protecting the First Amendment rights of its community members online. A similar case took place in 2018, when the Electronic Frontier Foundation sued Texas A&M University for using automatic filtering tools to block animal rights comments on their Facebook page. Countless other universities have attempted to censor or punish protected online speech that they disagree with, too. In fact, cases like these prompted FIRE to survey almost 200 universities across the country, uncovering just how rampant the problem of social media censorship really is at universities.

“This would not be the first time a university has fallen short of protecting the First Amendment rights of its community members online.”

Our survey revealed that over 75% of the surveyed institutions utilize Facebook’s profanity filter and a third of the surveyed use the customizable blacklist function. Facebook also offers the ability for institutions to block users and manually remove comments as they see fit. Because Facebook does not notify users when their comment is censored, many go unnoticed, which is why Madeline Krasno had to find out from a friend that her comments had been hidden.

UW-Madison’s social media statement seems to favor the manual removal feature and looks past First Amendment restrictions by instituting guidelines that allow the university to go beyond removing only certain types of comments.

While UW-Madison does not regularly review content posted to social media sites, it shall have the right to remove any content for any reason, including but not limited to, content that it deems threatening, profane, obscene, a violation of intellectual property rights or privacy laws, off-topic, commercial or promotion of organizations or programs not related to or affiliated with the university, or otherwise injurious or illegal.

While Facebook and Instagram may offer these sorts of features to manage their social media pages, public universities like UW-Madison, which receives federal and state funding, must act in compliance with the First Amendment. In the same way that courts have ruled that government officials cannot block users from their Twitter accounts, all government actors should be held accountable for their actions on their social media pages.

UW-Madison’s campus policies on free speech reflect on the university’s “long history of vigorous debate on controversial topics — it’s a valued part of the institution’s legacy.” Hopefully, the university remembers its commitment to freedom of speech and realizes that censorship is the antithesis of debate. As a university with FIRE’s “yellow light” rating, rethinking the university’s apparent practice of social media censorship would be a great place to start in upholding UW-Madison’s responsibilities under the First Amendment.