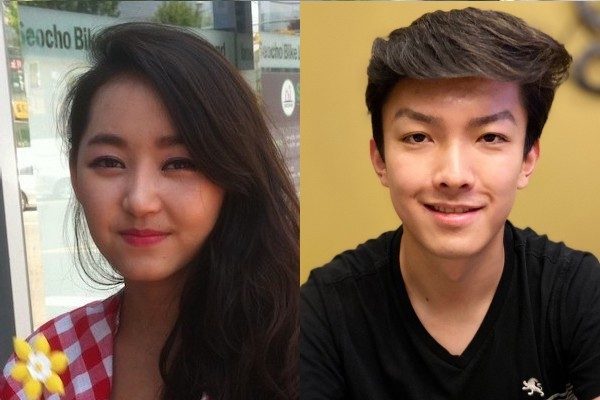 Vaguely worded laws, censorship, and due process violations are commonplace in some of the most repressive regimes in the world. Therefore, it’s no coincidence that international students flock to the United States from all corners of the globe — making up an amazing 5.5% (~1.1 million) of the total U.S. college student population — to obtain their degrees from universities that promise both academic rigor and academic freedom. Yet some students born in other countries have found themselves facing the same modes of control (if in attenuated fashion) that they faced in their repressive home nations. When they warn us, we should listen.

The U.S. education system’s most recent and jarring wake-up call came from Yeonmi Park, who defected from North Korea in 2007, and recently attended Columbia University. While Park’s perception of schools in the U.S. was formerly positive, after transferring to Columbia in 2016, she quickly realized that U.S. schools were not what she had expected. According to the New York Post, Park reported that she felt the need to self-censor in campus safe spaces, was met with professors who pushed anti-Western sentiment, and was once scolded for expressing an interest in Jane Austen’s writings due to the author’s alleged “colonial mindset.”

Infringements on rights frequently take place on college campuses across the country, and those who hail from repressive regimes may be more likely to recognize it than those born here at home.

“I literally crossed the Gobi Desert to be free and I realized I’m not free, America’s not free,” she said in a recent interview. “I expected that I was paying this fortune, all this time and energy, to learn how to think. But they are forcing you to think the way they want you to think.”

To state the obvious, college campuses are not engaged in the level of repression backed by force that is found in countries like China or North Korea. Most Americans have lived — or expect to live — lives blessedly free from the kind of harrowing experiences that are common in such nations. Yet infringements on rights frequently take place on college campuses across the country, and those who hail from repressive regimes may be more likely to recognize it than those born here at home.

Fordham student Austin Tong emigrated from China with his family at the age of 6 and had similar expectations, with his family seeking the “opportunities and freedoms [America] provides.” But last year, Fordham placed Tong on probation for a photo he posted on his Instagram account of him holding a legal firearm, commemorating the Tiananmen Square Massacre. Tong was forced to sue Fordham for ignoring its own promises of free speech and punishing him for the post. Again, some perspective: Fordham’s attempt to silence Tong does not come close to the violent response of the Chinese government to student protestors. But both represent an attempt to silence unpopular opinions, and it should not surprise us that Tong would be quick to recognize this.

One photo, posted on the anniversary of the Tiananmen Square massacre, is of the student lawfully holding a gun off-campus, captioned “Don’t Tread on me.” pic.twitter.com/gFLtt6Qzct

Tong and Park are not the only ones who have recognized the similarities between the tactics of American educational institutions and repressive regimes, and higher education is not the only system with free expression issues. Last month, a Virginia mother who escaped Maoist China and endured the Cultural Revolution addressed the Loudoun County School Board on the unsettling similarities between the school system and the oppression she fled.

Xi Van Fleet raised concerns over the district using “the same cultural theories” as the Cultural Revolution. Van Fleet claimed that like the Red Guard in China, which destroyed anything that fell outside the Communist party’s approval, her school system’s current agenda is uncomfortably familiar. In her testimony she warned of the dangers of taking this path, pointing to political correctness, denouncement of heritage, and a system of reporting one another via the bias reporting system as evidence of the school district’s decline toward a cultural revolution of its own.

We should always be cautious about making direct comparisons of American institutions to repressive regimes, and to be clear, FIRE does not believe that Columbia, or any American school, is the equivalent of North Korea.

However, when people who have endured these regimes start warning of disturbing cultural similarities, administrators should listen and take note. Whatever their legitimate goals may be, they can surely accomplish them without reminding escapees from repressive regimes too much of the homes they left behind. Indeed, one of the fundamental reasons we protect free thought and academic freedom here in the U.S. is that it allows us to reach beyond our own individual understanding and to learn from others whose experiences may be wildly different from our own. American universities say they are dedicated to teaching students to change themselves and our society for the better. It only makes sense, then, that they should use the learning opportunities offered by those from repressive regimes to change themselves for the better.