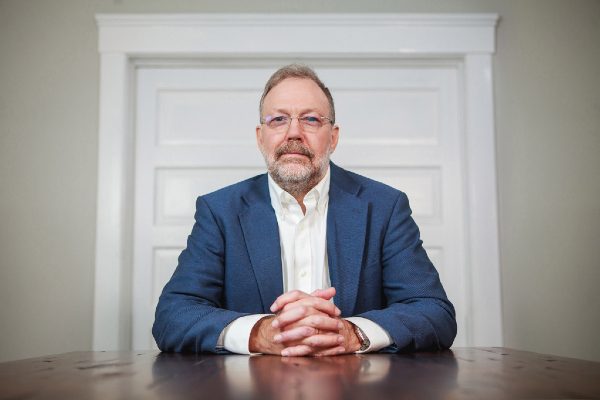 Last Friday, the U.S. Court of Appeals for the Sixth Circuit issued an opinion in Meriwether v. Hartop, which has been closely watched by the First Amendment legal community. Nicholas Meriwether, a philosophy professor at Shawnee State University, filed a First Amendment lawsuit against his university after he was disciplined for refusing to call a transgender female student by her preferred pronouns during classroom instruction due to his Christian beliefs.

Meriwether implicated the Supreme Court’s seminal case concerning the First Amendment rights of public employees, Garcetti v. Ceballos. In Garcetti, the Court held that “when public employees make statements pursuant to their official duties, the employees are not speaking as citizens for First Amendment purposes, and the Constitution does not insulate their communications from employer discipline.” In his now-famous dissent, Justice David Souter warned that Garcetti’s holding could “imperil First Amendment protection of academic freedom in public colleges and universities, whose teachers necessarily speak and write ‘pursuant to . . . official duties.’” Justice Souter feared that professors could be punished for simply teaching an unpopular or controversial subject because teaching is unquestionably a “job duty” of a university professor. The Garcetti majority recognized the importance of academic freedom but chose not to “decide whether the analysis we conduct today would apply in the same manner to a case involving speech related to scholarship or teaching.”

Although the Supreme Court declined to decide whether the Garcetti rule applies to academic speech, the Court has long recognized “[o]ur national commitment to the safeguarding of [First Amendment] freedoms within university communities.” In a line of cases involving academic freedom spanning more than a half-century, the Supreme Court has repeatedly emphasized that academic freedom’s importance necessitates particular judicial care. The judiciary must strike a careful balance between its “reluctance to trench on the prerogatives of state and local educational institutions and [its] responsibility to safeguard their academic freedom.”

The Supreme Court has established that academic freedom is “a special concern of the First Amendment, which does not tolerate laws that cast a pall of orthodoxy over the classroom.”

Justice Souter’s concerns regarding academic freedom did not go unnoticed. In 2011, the U.S. Court of Appeals for the Fourth Circuit became the first circuit court to recognize that the Garcetti rule does not apply to academic speech in Adams v. Trs. of the Univ. of N. Carolina-Wilmington. In Adams, the Fourth Circuit held that “Garcetti would not apply in the academic context of a public university . . . .” The court explained that “[a]pplying Garcetti to the academic work of a public university faculty member . . . could place beyond the reach of First Amendment protection many forms of public speech or service a professor engaged in during his employment.” In 2014, the U.S. Court of Appeals for the Ninth Circuit followed course in Demers v. Austin, concluding “that if applied to teaching and academic writing, Garcetti would directly conflict with the important First Amendment values previously articulated by the Supreme Court.” In 2019, the U.S. Court of Appeals for the Fifth Circuit also recognized an academic exception to Garcetti in Buchanan v. Alexander. In that case, filed as part of FIRE’s Stand Up For Speech Litigation Project, the Fifth Circuit recognized that “[t]he Supreme Court has established that academic freedom is ‘a special concern of the First Amendment, which does not tolerate laws that cast a pall of orthodoxy over the classroom.’”

Last June, FIRE filed a friend-of-the-court brief in Meriwether. FIRE took no position on whether the faculty speech at issue here was related to scholarship and teaching. But we urged the Sixth Circuit to “continue to recognize the special First Amendment value of academic freedom and follow the Fourth, Fifth, and Ninth Circuits by holding that the Garcetti exception does not apply to speech related to scholarship or teaching in higher education.” The Sixth Circuit accepted this invitation, explicitly noting that it chose to “join three of our sister circuits: the Fourth, Fifth, and Ninth” by recognizing an academic exception to Garcetti.

Although the Fourth, Fifth, Sixth, and Ninth Circuits have now acknowledged an academic exception to Garcetti, it is important to note that professors in these circuits are not immune from punishment based upon their speech. Instead, courts in those circuits apply the test developed by the Supreme Court in Pickering v. Board of Education and Connick v. Myers.

Under the Pickering/Connick analysis, an employee’s speech is protected if (1) the speech relates to a matter of public concern, and (2) the employee’s First Amendment interest outweighs the government’s need for efficiency as an employer. Applying this test, the Sixth Circuit held that Meriwether prevailed under both prongs. First, the Sixth Circuit found that Meriwether was expressing a view on a matter of public concern by refusing to comply with the university’s pronoun policy, noting that “when Meriwether waded into the pronoun debate, he waded into a matter of public concern.” Second, the Sixth Circuit found that the Pickering balance weighed in Meriwether’s favor based upon the importance of academic freedom to our democracy and judicial reluctance to permit the government to compel the speech of individuals over their objection.

FIRE applauds the Sixth Circuit for choosing to join the Fourth, Fifth, and Ninth Circuits by recognizing an academic exception to Garcetti. Although Meriwether unquestionably raised difficult issues upon which reasonable minds may differ, there is no question that professors, administrators, and courts benefit from the judicial clarity concerning the First Amendment rights of professors teaching in the classroom. FIRE’s advocacy on this issue will continue until the Supreme Court returns to the critical question of the First Amendment status of academic freedom it left unanswered in Garcetti. Perhaps Meriwether will give the Court the chance to finally answer this question. As always, time will tell.