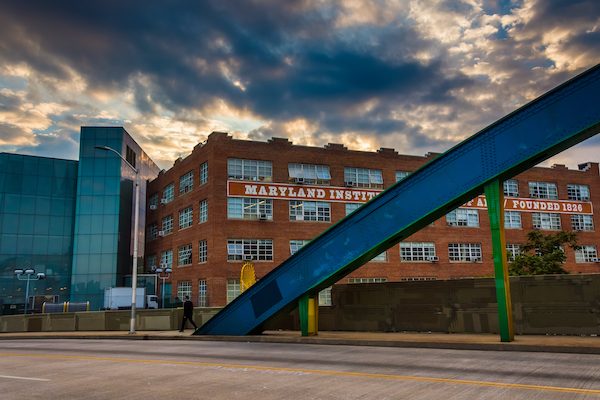 When a college makes strong commitments to freedom of expression and promotes free thinking, you would think its faculty are free to passionately champion those same values. But after faculty member Saul Myers was cleared of a harassment charge for his remarks about academic freedom, “safetyism,” and tolerating dissent, the Maryland Institute College of Art nevertheless issued him a disciplinary warning because his speech was insufficiently “respectful.”

FIRE wrote privately to MICA in October, demanding the college honor the outcome of its investigation, reaffirm its commitment to free expression, and rescind the official warning placed in Myers’ file. The administration failed to respond. Now, with our second letter, we publicly call on MICA to do the right thing.

The trouble began in October 2020 at a faculty assembly meeting, where Myers introduced a letter defending academic freedom and freedom of expression on behalf of his department. He expressed concern that MICA faculty feared speaking about or teaching controversial subjects because of the “accusatory” culture on campus. Later in the meeting, Myers’ colleague, Mina Cheon, said his comments made her feel “unsafe.” Cheon said it was bad timing for a discussion on academic freedom because some MICA students had just penned an open letter urging faculty to be more sensitive to student concerns.

FIRE again calls on MICA to take its commitment to free expression seriously and publicly rescind its disciplinary warning to Myers.

Months later, at a Humanistic Studies department meeting on March 31, 2021, Cheon spoke in support of colleagues who had raised concerns about the department climate. Another faculty member complained of a lack of unity. Myers also spoke. Under MICA’s account, Myers “passionately directed” arguments about academic freedom and free speech at Cheon while ignoring her “physical and verbal expressions of emotional distress.” For his part, Myers disputes this and claims he said — in comments directed at the entire department, not Cheon specifically — that a lack of unity should come as no surprise when the standard of unity is adherence to narrow political criteria, and that they should learn how to better deal with dissent and disagreement.

Myers thanked Cheon for sending it to the committee, and the next day he emailed her a brief clarification, noting Gerrity Gómez had, in fact, responded but “did not engage the general arguments I gave against ‘safety-ism.’”

All of that resulted in Cheon’s filing of a harassment complaint against Myers based on his emails and comments at the department meeting. Cheon alleged that during the March 31 meeting, Myers attempted to engage her in “a debate about academic freedom, freedom of speech, and ‘safety-ism,’” which Cheon described as a “public attack,” following a similar “attack” at the October faculty assembly meeting.

In a June 30 letter, then-provost David Bogen notified Myers that an investigation had concluded his speech did not amount to harassment. Yet, despite that correct finding, Bogen inexplicably placed the letter in Myers’ file as a formal disciplinary warning.

Bogen’s letter told Myers that MICA has a “right to require respectful interactions among members of its community,” and that Myers “insisted on continuing the debate after Mina communicated her unwillingness to engage with you.”


How Cheon communicated that unwillingness to engage is not explained in either Bogen’s letter or the charging letter. And Cheon’s response to Myers’ March 31 email made no suggestion that she wanted him to stop communicating with her.

Bogen added that “at some point persistent behaviors that contradict an individual’s choice to not engage become harassment,” and threatened additional discipline for similar incidents in the future.

MICA’s written guarantees of freedom of expression preclude the college from punishing faculty for exercising that freedom in a way that administrators find disrespectful.

FIRE wrote to MICA on Oct. 7, explaining that the formal warning “subverts the purpose and findings of the investigation, which concluded that the only allegation of misconduct against Myers was unsubstantiated.” That was the right conclusion because even under MICA’s own version of events, “Myers’ comments at the department meeting and in his email to Cheon — which touched on issues of free speech, academic freedom, and the need for members of the college community to tolerate dissent and disagreement — were well within the right to free expression enshrined in MICA policies.” MICA’s faculty handbook, for instance, guarantees faculty the “right to express differing opinions, and the fostering and defense of intellectual honesty, freedom of inquiry and instruction, and free expression.”

MICA of course retains the authority to punish harassment if and when it actually occurs, but as FIRE noted, “speculation about what Myers might do or say in the future does not justify an official sanction now.” And, indeed, the faculty handbook correctly recognizes that “written warnings” are a form of disciplinary action.

We also explained that MICA’s written guarantees of freedom of expression preclude the college from punishing faculty for exercising that freedom in a way that administrators find disrespectful:

While many institutions, including MICA, aspire to civil discourse, formal enforcement of ‘civility’ norms creates considerable risks to expressive freedom because it relies on subjective evaluations about what speech is sufficiently civil or inoffensive.

A broad rule mandating civility would imperil a broad range of protected expression. Words exchanged during lively debate often may later be isolated, stripped of their context, and recast as incivility. Further, as courts have recognized, civility codes “prohibit[] the kind of communication that it is necessary to use to convey the full emotional power with which a speaker embraces her ideas or the intensity and richness of the feelings that attach her to her cause.”

If MICA can’t defend its actions in private, it should explain them to the public.

These principles are especially vital at colleges and universities, where, as one court observed, conflict is natural and expected “given the inherent autonomy of tenured professors and the academic freedom they enjoy.”

Our previous letter warned MICA that its actions risk chilling a range of legitimate speech:

The written warning in Myers’ file is likely to chill his and other faculty members’ exercise of their expressive rights. Faced with the threat of discipline for engaging in protected speech on topics of academic and public concern, faculty members, including Myers, will rationally choose self-censorship over the risk of punishment, chilling their willingness to participate in discussion about institutional affairs.

MICA ignored that letter, but we won’t give up so easily. If MICA can’t defend its actions in private, it should explain them to the public. FIRE again calls on MICA to take its commitment to free expression seriously and publicly rescind its disciplinary warning to Myers.