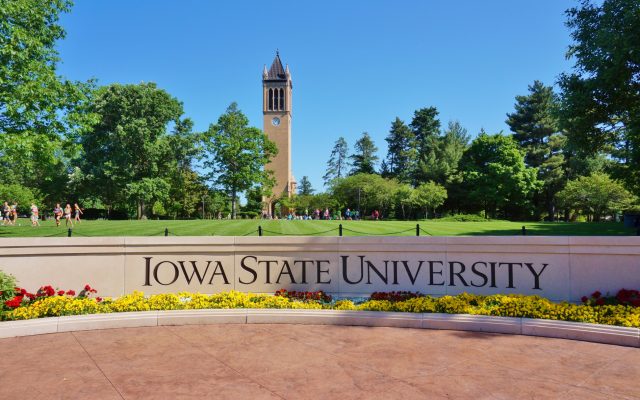 After a letter from FIRE concerning the university’s response to a tweet by a chapter of the College Republicans, Iowa State University agreed it will not take action against the group over the tweet — after declaring earlier this week that students who make “[s]uggestions of armed activity” might be violating university policy. Iowa State’s clarification is a welcome resolution at a public university bound by the First Amendment, where simply discussing armed activity does not violate any law.

On the morning of Nov. 8, in response to breaking news regarding the 2020 presidential election, the College Republicans at Iowa State University tweeted: “Everyone, you must arm up, expect these people to attempt to destroy your life, the elites want revenge on us.”

Iowa State responded the following day, condemning the statement and promising in a statement to the Iowa State Daily that “[a]ny suggestion of armed activity by an Iowa State student organization is prohibited by university policy.”

But that’s not true.

As a university bound by the First Amendment, and home to a vast array of student groups dedicated to issues that implicate armed activity — from hunting, shooting, and archery clubs, to its Army ROTC chapter, as well as martial arts and Second Amendment advocacy groups — a ban on the “suggestion of armed activity” would reach a wide range of protected student expression.

FIRE’s Nov. 9 letter to Iowa State explains that although the university may legally punish “true threats” — serious expressions of an intent to commit an act of unlawful violence against a particular individual or group of individuals — it may not punish expression that fails to rise to this narrow category of unprotected speech. Likewise, barring the “suggestion” that others take action implicates the “incitement” standard, but that standard is limited to encouraging unlawful activity, and the Second Amendment protects the right to bear arms. Yet even if the group’s “arm up” tweet were intended to encourage illegal acts, as its critics charged, speech endorsing unlawful activity doesn’t amount to unprotected “incitement” unless it’s likely to lead to imminent unlawful action. Encouraging action at some unknown point in the future doesn’t suffice.

Within the hour, Iowa State responded to our concerns by affirming that it only seeks to punish possession and use of prohibited weapons on campus — not expression — and that the College Republicans will not face disciplinary action for this tweet. Reiterating its prior statements on student free speech rights, the university also clarified:

The protections afforded by the First Amendment and similar provisions in the Iowa Constitution are core values of the university and are foundational to the university’s mission to create, share, and apply knowledge to make Iowa and the world a better place.

FIRE commends Iowa State University for recognizing its First Amendment obligations and responding promptly to our concerns about student rights. This is a positive development in light of the university’s treatment of its chapter of the National Organization for the Reform of Marijuana Laws in 2012, when it rescinded approval of the group’s T-shirt design (which read “NORML ISU Supports Legalizing Marijuana”) under pressure from public and state officials. It took a FIRE Stand Up For Speech Litigation Project lawsuit, and several court decisions over the span of six years, to force the university to uphold its students’ First Amendment rights.

FIRE is glad to see Iowa State promise to defend its students’ free speech rights, and we look forward to ensuring the university maintains this laudable commitment going forward.

You can read FIRE’s letter to Iowa State here: