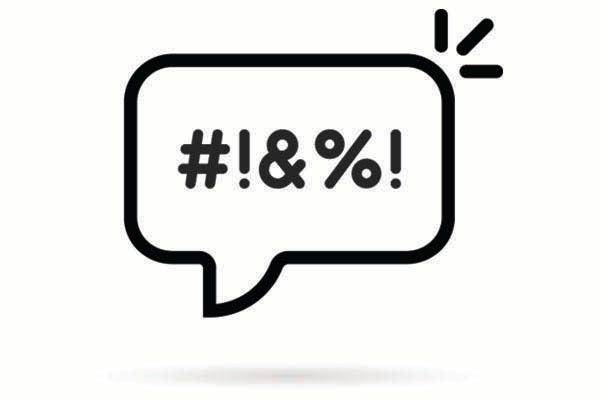 There is no “hate speech” exception to the First Amendment.

Contrary to a common misconception, most expression one might identify as “hate speech” is protected by the First Amendment and cannot lawfully be censored, punished, or unduly burdened by the government — including public colleges and universities.

The Supreme Court of the United States has repeatedly rejected government attempts to prohibit or punish “hate speech.” Instead, the Court has come to identify within the First Amendment a broad guarantee of “freedom for the thought that we hate,” as Justice Oliver Wendell Holmes described the concept in a 1929 dissent. In a 2011 ruling, Chief Justice John Roberts described our national commitment to protecting “hate speech” in order to preserve a robust democratic dialogue:

Speech is powerful. It can stir people to action, move them to tears of both joy and sorrow, and—as it did here—inflict great pain. On the facts before us, we cannot react to that pain by punishing the speaker. As a Nation we have chosen a different course—to protect even hurtful speech on public issues to ensure that we do not stifle public debate.

In other words, the First Amendment recognizes that the government cannot regulate “hate speech” without inevitably silencing the dissent and dialogue that democracy requires. Instead, we as citizens possess the power to most effectively answer hateful speech—whether through debate, protest, questioning, laughter, silence, or simply walking away.

As Justice Louis Brandeis put it, the framers of the Bill of Rights “believed that freedom to think as you will and to speak as you think are means indispensable to the discovery and spread of political truth; that without free speech and assembly discussion would be futile; that with them, discussion affords ordinarily adequate protection against the dissemination of noxious doctrine; that the greatest menace to freedom is an inert people; that public discussion is a political duty; and that this should be a fundamental principle of the American government.”

They recognized the risks to which all human institutions are subject. But they knew that order cannot be secured merely through fear of punishment for its infraction; that it is hazardous to discourage thought, hope and imagination; that fear breeds repression; that repression breeds hate; that hate menaces stable government; that the path of safety lies in the opportunity to discuss freely supposed grievances and proposed remedies; and that the fitting remedy for evil counsels is good ones. Believing in the power of reason as applied through public discussion, they eschewed silence coerced by law — the argument of force in its worst form. Recognizing the occasional tyrannies of governing majorities, they amended the Constitution so that free speech and assembly should be guaranteed.

Banning “hate speech” without restricting political speech is prohibitively difficult because of the target’s inherent subjectivity. Each American all but certainly has a different understanding of exactly what expression should lose First Amendment protection as “hate speech.” One citizen’s hateful screed is another’s religious text; one citizen’s slur is another’s term of endearment; or, as the Court put it, “one man’s vulgarity is another’s lyric.” As a result, crafting a generally applicable definition of “hate speech” is all but impossible without silencing someone’s “legitimate” speech.

“Hate speech” is also a moving target, making a workable definition still more elusive. Conceptions of what constitutes “hate” do not remain stable over time. As ideas gain or lose acceptance, political movements advance or recede, and social commitments strengthen or erode, notions of what is unacceptably “hateful” change, too. Today’s majority viewpoint should not be allowed to foreclose that of tomorrow. For example, thirty years ago, the Board of Regents of Texas A & M University sought to deny recognition to a gay student organization because it believed that  “[s]o-called ‘gay’ activities run diabolically counter to the traditions and standards of Texas A & M.” At the time, the Board may have voiced the majority view, which found the gay students’ speech to be beyond the pale. Today, the opposite characterization might be true.

Contrary to another common misconception, however, the First Amendment’s protection is not absolute. The Supreme Court has identified narrow exceptions to the First Amendment, including but not limited to speech that constitutes unlawful incitement, true threats, intimidation, or discriminatory harassment. Some of these carefully-defined exceptions encompass speech that one might identify as “hate speech.” So, is hate speech legal? Most of the time, yes, with a few narrow exceptions.

FOR MORE ON “HATE SPEECH”…

Nadine Strossen, “Freedom of Speech and Equality: Do We Have to Choose?,” Journal of Law and Policy, December 2, 2016.

“There is no general 1st Amendment exception allowing the government to punish “hate speech” that denigrates people based on their identity. Things we call “hate speech” might occasionally fall into an existing 1st Amendment exception: a racist speech might seek to incite imminent violence against a group, or might be reasonably interpreted as an immediate threat to do harm. But “hate speech,” like other ugly types of speech we despise, is broadly protected.”

“The big problem for proponents of hate-speech laws and codes is that they can never explain where to draw a stable and consistent line between hate speech and vigorous criticism, or who exactly can be trusted to draw it. The reason is that there is no such line.“

“The proposed remedies for ‘hate speech’ tend to be administrative. So in practical terms if you demand the policing of speech, what you want is to beef up the university administration. You are accelerating a process, already under way, toward bloating up the administrative apparatus in an increasingly corporatised university. It can’t be a good thing to turn the development of a culture of coexistence and decency—which is what you were rightly proposing—to turn it into a police matter. I think that is misguided, however motivated.”

Rosemary Bechler and Todd Gitlin, “Safe spaces, the void between, and the absence of trust,” openDemocracy, January 4, 2016.

“Defining hate speech is not just difficult; it’s impossible, as evident from the vastly different definitions surveyed by Sellars. This inability to agree on even a basic framework underscores the futility of creating a definition narrow enough to protect free speech yet broad enough to cover any discernible category of expression. Sellars’ research encompassing hundreds of irreconcilable definitions has yielded no happy medium, only the realization that the United States already strikes this balance through the narrow categories of speech unprotected by the First Amendment.”