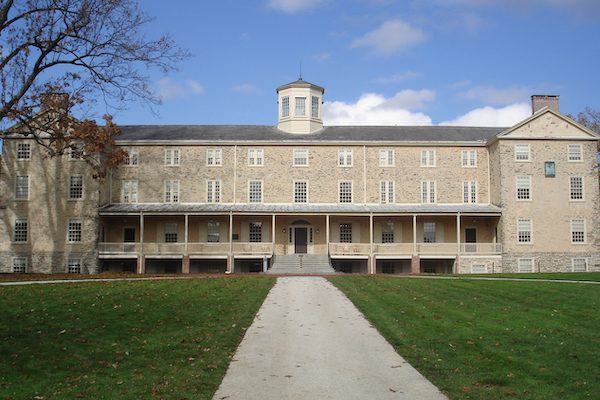 At Haverford College, a recent amendment to the school’s Social Honor Code means students could be subject to punishment if other students determine they’ve committed an “act of … microaggression.” The amendment also states that students must be respectful of “community standards” when expressing “political opinions,” and that “political beliefs [that] perpetuate discrimination,” or that are used to “justify disrespectful or discriminatory words,” violate the code.

If Haverford’s promises of free speech are to be relied upon, it cannot delegate power to students to police the protected expression of other students. For this reason, we’ve made the policy FIRE’s Speech Code of the Month for July 2021.

Haverford’s Social Honor Code was a problematic policy before this amendment, imposing vague restrictions that earned the policy a “yellow light” rating from FIRE for its potential for abuse. The policy appeared as follows:

The prohibition on microaggressions is far clearer in the amended version, with added text bolded:

We also recognize that a person’s political opinions are necessarily intertwined with their values and outlook, and thus influence their practices. These practices may violate the Honor Code. As such, students must be respectful of community standards when expressing political opinions. As the Social Honor Code applies to all of our interactions at Haverford, engagement in political discourse falls within its jurisdiction, and political beliefs may not be used to excuse behavior that violates the Code. If we find that our political beliefs perpetuate discrimination, we are obligated to re-evaluate them as we would any of our beliefs that perpetuate discrimination.

[C]onfronted students weaponizing the Code’s expectation of respect in order to silence and/or invalidate the experiences of harmed parties—including invalidating experiences of harm by claiming discrimination against a privileged identity (e.g., claims of reverse-racism) or refusing to reflect on their actions—is a violation of the Code. Using one’s political beliefs to justify disrespectful or discriminatory words or actions is also a violation of the Code.

Now, an act of microaggression (however that may be defined) is presented alongside acts of discrimination and harassment, rather than as an example of the form in which those unlawful acts could take. This shift makes an already-bad policy even worse.

Microaggressions are typically defined as perceived slights suggesting a prejudiced attitude toward a marginalized group, but as FIRE has explained before, the inherent subjectivity and elasticity of the concept of microaggressions makes arriving at a set definition of the concept all but impossible. The code doesn’t define the term at all, let alone define it narrowly to only include expression that isn’t protected under First Amendment standards. Thus, the provision could be applied to restrict a whole range of protected speech.

Further, the addition of the language that students “must be respectful of community standards when expressing political opinions” effectively turns the honor code into a civility code. Under First Amendment standards, the expression of political opinions does not lose protection if someone finds that expression disrespectful.

Writing to the college about the amendment in May, we explained the danger inherent in this portion of the amendment:

It takes little imagination to see how the proposed restraints on political discourse—especially when combined with the Honor Code’s current speech restrictions—would result in suppression of a broad range of speech on contentious political issues. For example, would students be punished for advocating for Palestinian rights and sharply criticizing Israel and Zionism, based on claims that their speech is polarizing or anti-Semitic? What about students who defend Israel and its posture toward Palestinians—could they face discipline if they are accused of Islamophobia?

Indeed, to avoid code charges under this provision, students will be forced to avoid all potentially controversial political topics.

The administration of the code

Haverford’s Honor Council, which administers the code, is a somewhat unusual administrative body, as it is entirely student-run. The Honor Council has the authority to convene trials before a student jury, which may mandate “resolutions” for violations.

After FIRE wrote to Haverford about the policy amendment, the administration explained that violations of the code lead to a variety of responses, “from casual conversations to structured processes,” with a focus on restorative measures. College officials “retain the ability to intervene in trial resolutions to ensure that outcomes are consistent with Haverford’s values and learning goals,” and insist that it is not a framework for “punishment.”

However, whether the “resolutions” determined by the student jury constitute formal punishment or not, being brought before a jury of your peers to defend your protected speech is punishment in itself.

While the previous version of the policy earned a yellow light rating, these changes, once updated on Haverford’s website, will result in the policy earning FIRE’s worst, “red light” rating for posing a clear and substantial restriction of students’ expression.

Haverford is a private college, but it makes institutional commitments to freedom of expression that it is obligated to uphold. For example, Haverford’s “Academic Freedom” policy provides:

Haverford College holds that open-minded and free inquiry is essential to a student’s educational development. Thus, the College recognizes the right of all students to engage in discussion, to exchange thought and opinion, and to speak or write freely on any subject.  To be complete, this freedom to learn must include the right of inquiry both in and out of the classroom and must be free from any arbitrary rules or actions that would deny students the freedom to make their own choice regarding controversial issues.

Further, the College endeavors to develop in its students the realization that as members of a free society they have not only the right, but also the obligation to inform themselves about various problems and issues; and that they are free to formulate and express their positions on these issues.

An institution that has committed itself to recognizing its students’ free speech rights “in and out of the classroom” is responsible for ensuring any policies adopted and enforced by students to whom it has delegated that power do not chill protected speech.

However, Haverford President Wendy E. Raymond announced that she accepted the resolution amending the code in a June 13 letter to the student body. In her letter, she admitted that “[a] reasonable person might see language in this amendment that causes them to worry about whether they are free to share their views, whether a political affiliation, a stance on public policy, or a religious value at odds with others.”

In spite of this, she approved the resolution, allowing for this chilling effect to be cast over Haverford’s students. Raymond’s letter also provided, “It is a college president’s responsibility to ensure that normative expectations do not chill the thoughtful expression of ideas or beliefs.”

We agree, and therefore urge Haverford’s administration to reconsider this amendment.

Tell Haverford to revise this speech code with the form below