FIRE > Newsdesk > Top Story > Kansas State’s free speech policies are some of the best in the country. Amidst the George Floyd tweet controversy, it must live by them. 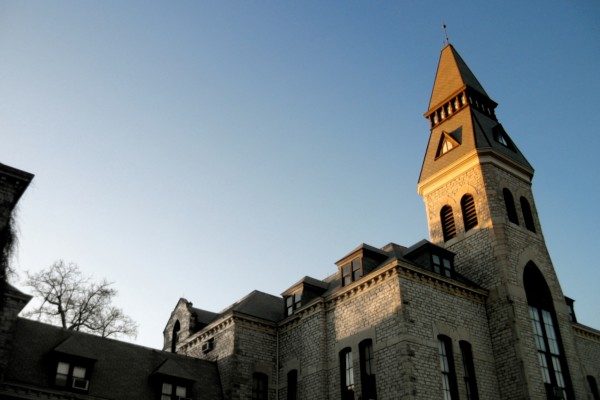 Kansas State University’s policies make it one of the best colleges in the country for free speech. But in times of turmoil, institutions may be pressured to take actions inconsistent with those policies. After a student’s controversial tweets about the killing of George Floyd roiled the campus, FIRE is sending an open letter to Kansas State to echo President Richard Myers’ statement on the public university’s legal obligations under the First Amendment.

Last Thursday, Kansas State student Jaden McNeil tweeted about the killing, including “Congratulations to George Floyd on being drug free for an entire month!” Floyd was killed by a police officer in Minneapolis on May 25.

A petition to ban McNeil’s conservative student group, America First Students, quickly spread, amassing over 10,000 signatures. Others used Twitter to call on Kansas State to “do something” and “[g]et this handled.”

Several student-athletes, including members of the university’s football team, posted a statement on social media calling on the university to “put a policy in place that allows a student to be dismissed for displaying openly racist, threatening or disrespectful action toward a student or groups of students.” They also indicated that they will not play, practice, or meet until the university takes action. KSU Young Democrats also issued a statement calling for the university to expel “dangerous” McNeil for his “medieval” beliefs.

All of these — the tweets, the petition, the athletes’ statement — are legal exercises of the First Amendment. And all are protected from investigations or censorship.

But on Friday, the university announced on Twitter that it was launching an “immediate review of the university’s options.” That, however, should not be taken to mean that punishing McNeil is an option available to the university, which is barred by the First Amendment from punishing students for their protected speech, including online speech that others find offensive or outrageous. And while students are free to call for a policy like the one the athletes suggested, its implementation would certainly violate the First Amendment.

Public institutions like Kansas State have their own First Amendment right to put out statements condemning the language in question and explaining that it is not reflective of the university as a whole. They can provide additional resources and programs to educate students and give them an opportunity to counter McNeil’s speech with their own.

We don’t get to decide when someone else’s speech is so distasteful, offensive, or wrong that it loses constitutional protection.

However, Kansas State cannot punish or investigate a student’s protected online speech, as even investigations that ultimately clear speakers create a chilling effect that will discourage students from speaking out in the future. The tweets at issue here are “unquestionably protected by the First Amendment,” as my colleague Katlyn Patton wrote in today’s letter to Kansas State.

Kansas State is one of just 54 institutions nationwide to earn FIRE’s highest, “green light” rating for free speech. In 2017, it adopted the “Chicago Statement” — the gold standard for campus free speech policy statements. These are good signs that the university knows its legal limitations and the principles at stake.

On Monday, Myers reiterated this sentiment.

“Democracy is a messy system devised by humans who all have imperfections,” he wrote. “On one hand, we are one of only a few countries that allow citizens the freedom to peacefully protest against their government. Because of that freedom, on the other hand, we sometimes have to hear thoughts or ideas that are not only abhorrent, but may cause people to fear for their personal safety.”

He’s right. It can be frustrating to hear views we find distasteful, offensive, or outright wrong. But that’s part of the deal. The point of the First Amendment is to protect speech that is unpopular with some or most people, institutions, or authorities — many of whom will characterize unpopular expression as unsafe or unnecessary. We don’t get to decide when someone else’s speech is so distasteful, offensive, or wrong that it loses constitutional protection. And in turn, no one gets to unilaterally make that decision about our own speech.