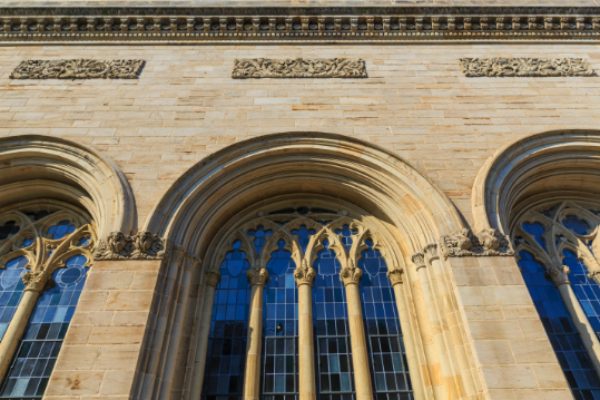 A recent lawsuit filed by a class of female Yale University students against the school and several fraternities seeks the end of fraternal organizations at Yale. If granted, the relief sought would be a blow to the associational freedoms of student organizations at the university.

The allegations paint a disturbing picture of a fraternity environment rife with sexual harassment, and Yale’s unwillingness to address it. The complaint cites fraternity membership requirements, housing policies, and national organization bylaws to argue that these student organizations, and Yale itself, have unlawfully discriminated based on gender discrimination in violation of state and national civil rights statutes.

As a remedy, the students demand that the court permanently prevent the fraternities “from using gender as a criterion in admissions decisions . . . [and] in housing decisions,” and  require the groups to “[f]ully integrat[e] women into the governance and all aspects of the operations of the Fraternity, including by offering women equal opportunities to assume leadership roles within the local chapters and to plan, organize, and oversee Fraternity parties.” The plaintiffs claim that these actions are necessary to eradicate gender discrimination within these groups at Yale.

The relief sought, if granted by the court, would violate the fraternities’ freedom of association. Fraternities are at liberty to control their membership criterion, leaders, and housing. They have the right to base these decisions on their organizational values and preferences. It is this preference for a specific set of principles that distinguishes student groups from one other, allowing for the fullest diversity of student organizations and a thriving, vibrant campus community. That’s why FIRE has consistently fought for student associational freedoms and against efforts to conform student life to a narrow orthodoxy.

It is also why the restrictions of Title IX do not apply to fraternities. Title IX itself states:

(a) Prohibition against discrimination; exceptions

No person in the United States shall, on the basis of sex, be excluded from participation in, be denied the benefits of, or be subjected to discrimination under any education program or activity receiving Federal financial assistance, except that:

this section shall not apply to membership practices-

(A) of a social fraternity or social sorority which is exempt from taxation under section 501(a) of title 26, the active membership of which consists primarily of students in attendance at an institution of higher education,

This language is decisive: Title IX cannot be cited as a basis to require fraternities or sororities to be co-ed.

Contrary to the plaintiffs’ assertions, student organizations are not like restaurants or hospitals — i.e., public accommodations generally open to all. Rather, fraternities are selective, private organizations, under no legal obligation to accept all who come their way. This allows students to shape their organizations in a way that furthers their institutional mission — a core freedom of association principle.

If the complainants take issue with the fraternity culture at Yale, they have every right to voice their grievances and take legal action against perceived wrongdoing. However, demands to violate the rights of student organizations, such as the drastic restrictions on membership, leadership, and housing selections called for here, are antithetical to freedom of association. For whatever ails Yale’s fraternities, the solution should not come at the expense of students’ rights.