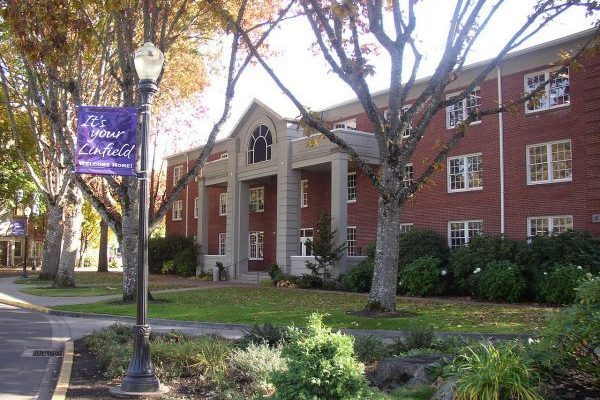 A frozen laptop screen, an error message, then an automated reply from his own university email account announcing that he was no longer employed at Linfield University. That’s the total process — a generous description — that Daniel Pollack-Pelzner, a tenured professor, received after criticizing Linfield’s senior leadership, who summarily terminated him in what they called an “extraordinary step.” Now he’s suing.

As FIRE has previously reported, Pollack-Pelzner’s dispute grew out of a series of conflicts with Linfield’s senior administrators, principally President Miles K. Davis:

Pollack-Pelzner, a tenured English literature professor and Shakespeare scholar, is one of many Linfield faculty members and students who have pushed back against the allegedly poor handling of sexual abuse and harassment claims by the administration. In one such case, a longtime trustee resigned in 2019 (for “health reasons,” the university said) after being accused of sexually abusing a student. (He has since been indicted.)

On March 29, Pollack-Pelzner posted a Twitter thread claiming that the school failed to protect the college community from the sexual abuse of multiple trustees. He also said he was threatened with “public humiliation” by the board if he continued to report incidents of sexual misconduct. The thread goes on to detail several incidents of anti-Semitism on the part of college employees, including Davis, who allegedly remarked on the size of Jewish people’s noses [to Pollack-Pelzner, who is Jewish]. In April, the Oregon Board of Rabbis called on Davis to resign, and Linfield’s arts and sciences faculty gave Davis a 59-11 vote of no confidence.

After Pollack-Pelzner was summarily terminated, President Davis and Provost Susan Agre-Kippenhan unwisely gave a series of interviews demonstrating that they either do not understand what tenure means or believe that they have found a get-out-of-tenure-free card. The senior administrators claimed alternatively that Linfield had no policies, the policies were outdated, or they didn’t apply because Pollack-Pelzner was fired as an employee, not as a professor. As we explained in April:

Davis’s answer is wildly implausible on its face and incomprehensibly at odds with the basic conception of tenure. No competent university leader could credibly believe that tenured faculty are at-will employees.

If this were to be credited, Davis — Linfield’s president for the last three years — either did not know that Linfield had guidelines for terminating tenured faculty members, believes that the university has replaced those policies, or believes that the current policies were implemented without his administration’s approval. The employee handbook — every page of which is stamped “Revised December 2020 (by Finance & Administration)” — expressly refers to the faculty handbook and specifically cites the faculty handbook’s appendix laying out the procedural mechanisms for disciplinary action involving tenured faculty.

So which is it? The handbook needs to be revised or it was never approved? Linfield’s administration does not get to pick and choose between the policies it has and the policies it wishes it had. Tenure and contracts are not Calvinball.

Agre-Kippenhan’s theory — that Linfield can do an end-run around faculty members’ due process protections by simply firing them as employees — is almost clever. But its logic more closely resembles spammy Internet advertising than a coherent application of law or policy:  “Tenured Faculty Members Hate This One Weird Trick! Click here!”  This is simply not how tenure works.

Davis’ ill-considered media tour also found him conceding that he had made comments about “Jewish noses” to Pollack-Pelzner. When the university hired an outside law firm to investigate Pollack-Pelzner’s claims, Davis had denied making that remark, leading investigators to conclude that there was “no way to prove that any such remarks were made.”

If this is the manner by which Linfield adheres to its promises, students, faculty, and creditors would do well to consider which other promises Linfield will abandon at will.

In the several months since Davis admitted that he had made a false statement to the investigators, Linfield has since updated its statement of “Facts about Linfield.” Yet that statement’s recitation of the investigation’s findings remains untouched. Davis’ lack of candor is one thing, but the university continues to stand behind that investigation, knowing its conclusions were based on a falsehood. Prospective students, faculty, donors — and, eventually, jurors — should weigh the university’s institutional credibility accordingly.

So, too, should current and prospective students and faculty note the insincerity of Linfield’s commitments. Even if administrators’ allegations against Pollack-Pelzner were wholly accurate, basic conceptions of due process — particularly for tenured faculty — require them to prove their charges through a fair process. Linfield’s senior administrators did not remotely attempt to do so. Instead, they summarily fired him (“as an employee”) and concocted a bizarre and inconsistent series of explanations for why no process whatsoever was due to the tenured professor. If this is the manner by which Linfield adheres to its promises, students, faculty, and creditors would do well to consider which other promises Linfield will abandon at will.

Although Linfield denied Pollack-Pelzner any semblance of due process, they will now receive it in spades. By bringing a lawsuit, Pollack-Pelzner will not only have an opportunity to defend his own rights, but those of others at Linfield and other private institutions. Linfield may wish to disclaim its commitment to expressive rights and due process as out of date or inapplicable, but Pollack-Pelzner’s suit may see Oregon courts join Wisconsin’s Supreme Court in holding that these commitments are contractually enforceable. That opportunity will advance rights for faculty in Oregon and elsewhere.