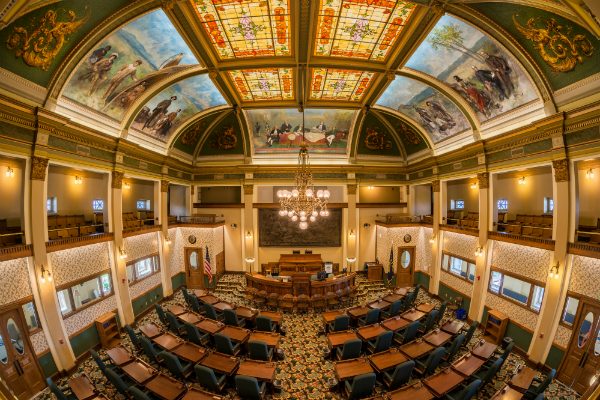 Yesterday, Montana Gov. Steve Bullock vetoed HB 735, which would have provided important free speech protections for students at Montana’s public colleges and universities. The bill passed each chamber with bipartisan support, earning a vote of 31-19 in the Montana Senate and 76-20 in the House of Representatives. It also enjoyed support from a diverse array of organizations, including FIRE, the ACLU of Montana, Americans for Prosperity-Montana, and students enrolled at public colleges in the state.

HB 735 would have prohibited Montana’s public colleges and universities from quarantining student expression into small, misleadingly labeled “free speech zones.” Such prior restraints on speech are generally inconsistent with the First Amendment. Universities may enact reasonable, narrowly tailored “time, place, and manner” restrictions on expressive activities in the open, outdoor areas of campus that are generally accessible to the public, provided that those restrictions are narrowly tailored for a significant institutional interest; employ clear, published, content-neutral, and viewpoint-neutral criteria; and provide for ample alternative means of expression. Restricting student speech to tiny free speech zones fails this exacting test and diminishes debate and discussion on campus.

The continued maintenance of free speech zones is detrimental to all campus community members. Institutions risk losing lawsuits (or are forced to settle lawsuits); students risk punishment for protected speech and learn the wrong lessons about their expressive rights, concluding that speaking their minds is not worth the punishment.

Any American who believes their federal constitutional rights have been violated can file suit under 42 U.S.C. § 1983. This landmark statute has protected and enhanced our American system of ordered liberty for decades. It is the tool behind the biggest civil rights victories of the past generation. There are similar tools in state law.

It is confusing, then, why Montana should adopt the limited remedy envisioned by HB 735 that would restrict how a student can vindicate her rights where they have been violated. A weak remedy to protect constitutional rights is a faulty one, and we should not make room for it in our laws where superior, proven protections exist.

While it is true that students may file claims in federal court to vindicate violations of the First Amendment using Section 1983 of the Civil Rights Act, the governor is wrong about the adequacy of that remedy. The primary shortcoming of a First Amendment lawsuit in a case against a school for quarantining a student to a free speech zone is that those cases can be dismissed as moot when a student graduates. Unfortunately, this means that juniors, seniors, and graduate students approaching their graduations do not have reliable access to courts to vindicate their rights.

It is hard to get a lawyer to take your case if the lawyer knows the whole thing can be dismissed by a court on the eve of trial if you graduate. HB 735 would have filled the “graduation loophole,” by setting a minimum amount of damages the court would have to award a plaintiff, if they prevailed. With such a remedy, schools could not just wait for a student to graduate because a court would have to keep the case to its conclusion to issue the damages.

The bill, as an olive branch to the institutions, also offered a cap on damages available to plaintiffs. It is therefore disappointing that the governor asserted HB 735’s clause allowing students to bring lawsuits was weaker than the remedy already in existence under the First Amendment, when the cap was offered as a compromise to the bill’s opponents.

Furthermore, students wishing to not be subject to the statutory cap would still be free to bring a Section 1983 suit against the institution in federal court. The bill doesn’t weaken the remedy provided to students; it provides additional choices for students.

The governor’s letter concluded by explaining:

House Bill 735 appears to be driven by recent headlines accusing public universities of free speech restrictions around speakers who visit their campuses. I have conferred with university leaders in our state and have been assured that their policies are entirely consistent with—and, indeed, promote—our constitutional values of free speech and free assembly.

FIRE is not surprised that the institutions claimed their policies were consistent with the First Amendment. Few schools — despite strings of losses in courts — ever admit to being deficient in this respect. Asking the schools themselves — and uncritically taking their answer as proof positive — is akin to asking the fox if security in the henhouse is adequate. Had the governor consulted FIRE, or spent any time on our website, he would have gained a more accurate sense of the threats to free expression posed by free speech zones and other speech codes.

UM sets aside just a single space for free speech on its entire campus, and only one person or one group may use it at a time. That means if a student wants to express themself when someone else is already doing so, they are out of luck. They better be prepared to wait.

Unfortunately, the governor’s veto allows this policy to stay intact.

Fifteen states across the country have already passed laws that ensure that public colleges and universities don’t quarantine student speech into small, oftentimes out-of-the-way areas of campus. Most of those bills had broad bipartisan support and have been signed by both Democratic and Republican governors. FIRE is disappointed that Gov. Bullock prevented Montana from becoming the 16th state to do so, particularly because the bill would have brought much needed reforms to the state while earning bipartisan votes in both chambers of the Montana legislature, and support from a host of organizations and students.

FIRE intends to support a similar bill during Montana’s next legislative session, and we hope Montana’s next governor will have the good sense to sign that bill into law.