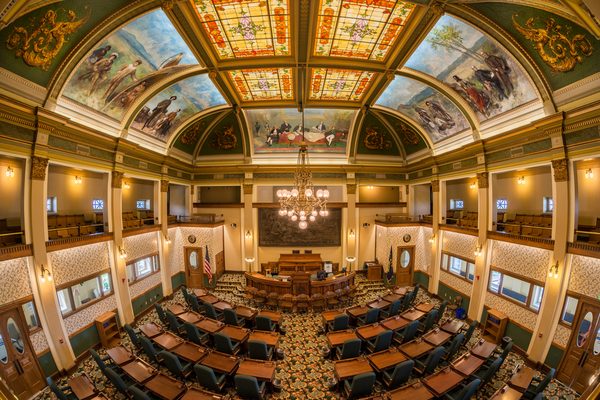 A controversial Montana law that improperly restricts political activities on college campuses is fighting for survival in court.

Three months after a state court blocked the implementation of Senate Bill 319 under Montana’s state constitution, two additional lawsuits are targeting sections of the bill.

SB 319 was signed into law by Gov. Greg Gianforte in May over the objections of student and faculty groups who sued later that month to have sections of the law invalidated.

The latest lawsuit, filed last week by the Montana Democratic Party, the election campaign of Sen. Jon Tester, and a University of Montana student, argues the new law “imposes arbitrary, vague, and onerous restrictions on the rights of college students to undertake important political organizing efforts, engage in core political speech, and otherwise participate fully in the political process,” according to the complaint filed with the U.S. District Court for the District of Montana, Missoula Division.

“The Student Organizing Ban is a surgical attack on the successful organizing efforts and increased political power of Montana’s youngest voters,” argued the plaintiffs in last week’s legal challenge. They further allege that:

By targeting only university residence halls, dining facilities, and athletic facilities, the Legislature made clear its intent: preventing young, newly enfranchised Montanans from participating fully in the political process. Not only does the Student Organizing Ban prevent political committees from reaching college students in the areas of campus where their efforts are likely to be the most fruitful, it also prohibits college students from engaging in core political speech—including organizing efforts—in conjunction with any political committee.

College campuses are fertile ground for groups to engage with young voters and activists, which largely explains the urgency and number of legal challenges facing SB 319. According to the lawsuit, Tester’s political campaign, Montanans for Tester, claims to have registered 3,000 new voters prior to the 2018 election, which Tester won with slightly more than 18,000 votes. The student activist group Montana Public Interest Research Group — which has operated at the University of Montana since 1981 and is plaintiff in a separate lawsuit against SB 319 — also claims to have registered thousands of voters and gathered tens of thousands of signatures on college campuses.

The threat of a fine will chill political speech on Montana’s campuses. Banning a wide range of political activity in residence halls also presents constitutional questions.

Indeed, the range of political activities restricted under SB 319 could have election-changing ramifications in a state where elections are decided by a few thousand votes. The amendment restricting political activities on campus was introduced by state Sen. Steve Fitzpatrick of Great Falls, who claimed the changes were necessary to protect students who might be “exploited” for political causes. Fitzpatrick’s alterations to the bill also include a $1,000 fine for each violation.

The threat of a fine will chill political speech on Montana’s campuses. It is difficult to imagine a scenario where individual students (unlikely to have $1,000 readily available) or a poorly-funded student group (which might have $1,000 but would really rather spend it on something else) are going to take their chances, even if the law is never enforced. The threat of a fine is itself an impediment to free speech.

Banning a wide range of political activity in residence halls also presents constitutional questions. Because SB 319 singles out political speech, it is a content-based restriction on speech, which must clear additional legal hurdles. 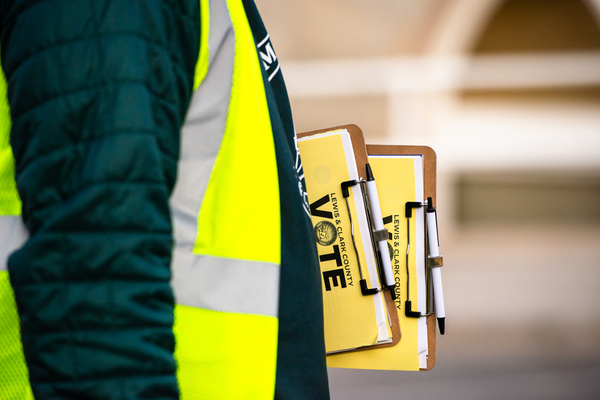 An election official outside a Helena, Montana, polling station in 2020. (Lyonstock / Shutterstock.com)

While the Supreme Court has upheld some restrictions on commercial speech in college dormitories, the First Amendment provides a far greater degree of protection to political speech. Accordingly, rules regulating door-to-door canvassing as a form of political speech are held to a higher standard: They must serve legitimate government interests without unnecessarily interfering with the freedom of speech and be content-neutral; and any time, place, and manner restrictions on such speech must be narrowly tailored to serve a substantial government interest.

While a university could presumably justify a limit on door-to-door political solicitation, Montana’s far broader prohibition on any political activity merely “inside” residential facilities and dining halls almost certainly goes too far. It’s difficult to imagine what kind of substantial government interest the state might articulate in preventing, for example, student political groups from conducting voter registration drives in a dorm’s common areas.

This type of blanket ban on conducting political activity indoors could have a particularly notable effect in a state like Montana, where frigid winter months (which make up the bulk of the academic calendar) make outdoor political organizing far more difficult.

SB 319 appears to be precisely the sort of overbroad, unnecessary infringement on students’ expressive rights that courts have found to be constitutionally infirm.