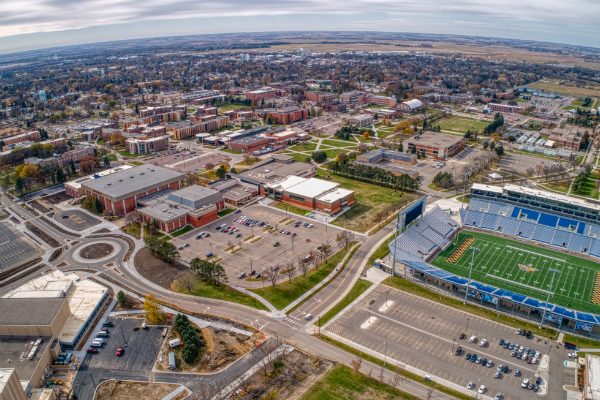 As students across the country pack up to head back to campus, students at institutions governed by the South Dakota Board of Regents will return to campuses with several updated policies prioritizing student expression.

During the first week of August, the South Dakota Board of Regents — which oversees South Dakota State University and Black Hills State University, among other schools — met to discuss a number of new policies related to free speech, spurred by this year’s passage of campus free speech legislation by the South Dakota legislature. The meeting concluded with the board enacting several policies that will serve to improve the state of free expression on its member institutions’ campuses.

This provision provides important protection for preserving students’ freedom of association. This fundamental right has been under attack on college campuses nationwide since the Supreme Court’s controversial 2010 ruling in Christian Legal Society v. Martinez. (You can read FIRE’s amicus brief filed this summer in one such recent case.)

Further, the new policy has no remnants of the discretionary language FIRE expressed concerns about in January, which, at the time, permitted institutions to “impose additional or more restrictive conditions on official recognition,” leaving ample opportunity for administrative abuse. FIRE is pleased to see this provision has been removed.

In addition to its guidance about student organization recognition procedures, the policy has a section entitled “Funding of Student Organizations,” which urges member institutions to distribute student fees in a “nondiscriminatory manner in accordance with applicable state and federal authority, and consistent with the institution’s interests.” This policy provides a good foundation for crafting policy that complies with the First Amendment. FIRE urges any institutions revisiting their student organization funding schemes in light of the board’s new policy to consult our newly released Model Policy for Allocating Student Fees.

Outside of student organization funding and recognition, the board also approved a policy that ensures only reasonable time, place, and manner restrictions will be placed on expressive activity occurring in the open outdoor areas of campuses throughout the South Dakota system. The stated purpose of Policy 6:13, “Use of Institutional Facilities and Grounds for Expressive Activity by Student Organizations, Students, Employees, and their Guests,” is to “promote and facilitate free expression,” balanced with the need to ensure that the expressive activity does not “interfere with the institution’s mission and operations or with the rights of others.”

In line with current Supreme Court precedent, the new policy properly balances student and faculty expressive rights on a public university campus with reasonable time, place, and manner restrictions that are content- and viewpoint-neutral and narrowly tailored to address a significant institutional interest. These regulations protect speech without compromising an institution’s ability to function without substantial disruption. The policy stikes this balance by ensuring students and faculty are able to gather to protest, demonstrate, and engage in expressive activity in any available outdoor areas of campus without prior permission. If the expressive activity is “large-scale,” meaning it involves 50 or more participants or the use of amplified sound, the policy requires organizers to coordinate with the institution to plan such an event.

Two noteworthy provisions in this new policy include a section that explicitly provides for spontaneous demonstrations and protests and a ban on misleadingly named “free speech zones.”

Spontaneous demonstrations or protests, which are typically protected by the First Amendment, are oftentimes necessary to respond meaningfully to immediate or still-unfolding events. Forcing students or faculty members to wait days (or even weeks) to share their message robs them of the power of their expression. Protests simply aren’t effective if you can’t protest a controversial Supreme Court nominee or advocate for new regulations on the tech industry until after Congress holds its hearings on the topics.

Additionally, the policy bans any member institution from designating areas of campus as “free speech zones,” which are often tiny, out-of-the-way areas that serve to hinder freedom of expression, not encourage it. The policy states that institutions “may not designate any outdoor area within its boundaries as a free speech zone or otherwise restrict the expressive activities.” Limiting universities’ ability to designate areas of campus as free speech zones is a growing trend — in no small part due to the hard work of civil liberties advocates, including FIRE, that have worked tirelessly in the courts and legislatures to rid university campuses of these impediments to free expression.

The South Dakota Board of Regents has laudably worked to improve its policies to protect the freedom of expression of its faculty and students in the past year. Such improvements include adoption of the “Chicago Statement” and improved information technology and political activity policies, as FIRE has noted previously. We welcome the system’s institutions to work with us to revise any remaining problematic policies.