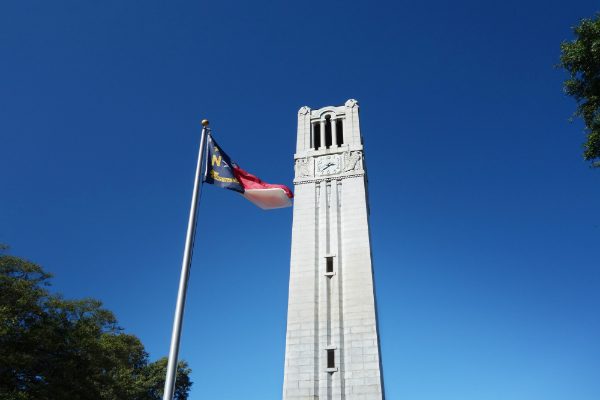 RALEIGH, N.C., March 6, 2019 — North Carolina State University leaders brought the school’s speech policies in line with the Constitution, making NC State the largest university in North Carolina to earn the Foundation for Individual Rights in Education’s highest free speech rating. Eleven colleges and universities in North Carolina now earn a “green light” rating in FIRE’s Spotlight database — more than in any other state in the country.

“In recent years, the state of North Carolina has emerged as a leader in protecting student and faculty free speech rights,” said Azhar Majeed, FIRE’s vice president of policy reform. “We’re thrilled that NC State has continued this trend and look forward to working with other schools in North Carolina and around the country to commit to campus free expression.”

SEE HOW MUCH FREE SPEECH YOUR ALMA MATER RESTRICTS

The green light distinction is currently held by only 49 institutions across the country, which have a combined student enrollment of over one million.

NC State earned the green light rating after revising four speech codes that had earned a “yellow light” rating from FIRE. Policies earn a yellow light rating when they are vague enough that they could restrict constitutionally protected expression. Among the policy improvements, NC State amended a demonstration policy, a bias incident policy, an email regulation, and a computer use policy.

“NC State proudly supports freedom of speech and expression,” said Michael Mullen, vice chancellor and dean of academic and student affairs at NC State. “We encourage respect and learning, and we work to ensure that our campus is a place where differing opinions can be heard and academic freedom thrives.”

In 2018, FIRE and the James G. Martin Center for Academic Renewal published a joint report on the state of campus free expression in North Carolina, which found that the state is “far and away the nation’s leader” for green light schools.

According to the 2018 report: “This fact should be a point of pride for state residents, because it speaks well about the protections for freedom of expression that students and faculty members are able to enjoy at these institutions.”

Public universities like NC State are legally bound by the First Amendment, while private institutions are bound by promises of free speech found in their official policies.

To learn more about the state of free speech on college campuses around the country, see FIRE’s “Spotlight on Speech Codes 2019” report.

FIRE effectively and decisively defends the fundamental rights of tens of thousands of students and faculty members on our nation’s campuses while simultaneously reaching millions on and off campus through education, outreach, and college reform efforts.