FIRE > Newsdesk > Top Story > On free speech, the University of Chicago’s next president has big shoes to fill. 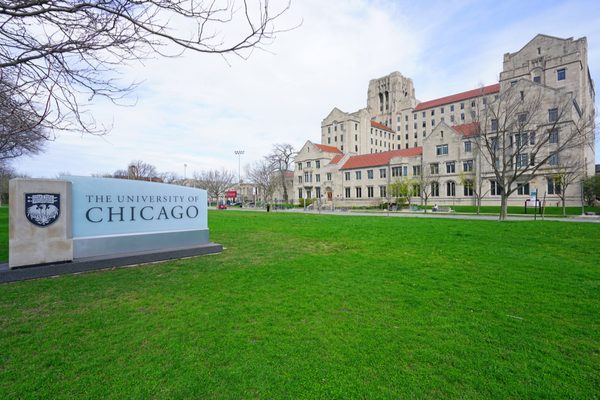 Among this year’s most momentous transitions in university leadership is underway at the University of Chicago, where president Robert Zimmer is stepping down at the end of the current academic year.

FIRE has, on occasion, noted the ends of the tenures of university leaders with less than distinguished records on free expression. Zimmer’s tenure has been the opposite.

Zimmer’s time at UChicago saw the establishment of the Chicago Statement on free expression, which since 2015 has gone on to be adopted and emulated at more than 75 institutions nationwide. UChicago has resisted calls to “protect” students from offensive speech, instead trusting their ability to confront complex and difficult concepts with the intellectual rigor for which the institution is renowned.

It’s a proud free speech legacy Zimmer leaves behind — and with it big shoes for his successor, Paul Alivisatos, to fill.

UChicago’s work imprinting free expression as a fundamental university value has paid off. In FIRE’s survey of students’ views on the climates for free expression at 55 different colleges and universities nationwide, UChicago ranked first. The university also created the Parrhesia Program for Public Discourse, a program rooted in the Chicago Statement’s principles, to strengthen its students’ foundations on free expression. (For more on the Parrhesia Program’s philosophy, Newsdesk readers can check out my interview with Leila Brammer, the program’s director.)

It’s a proud free speech legacy Zimmer leaves behind — and with it big shoes to fill for his successor, Paul Alivisatos.

Alivisatos, a chemist by training and a noted leader in the fields of nanoscience and nanotechnology, comes from the University of California, Berkeley, where he served as Executive Vice Chancellor and Provost. Long before Berkeley, however, he was an undergraduate student at UChicago; in fact, he was once an undergraduate student of Robert Zimmer. In his videotaped greeting to the UChicago community, he fondly recalls his time in Zimmer’s classroom, praising him for teaching students “not what to think, but how to think.”

In his message to the community, Alivisatos also praises “the combination of intellectual rigor, a joy in discovery and new ideas, and a fierce commitment to free speech and vigorous debate — that special combination that anyone, anywhere, will recognize as UChicago.” 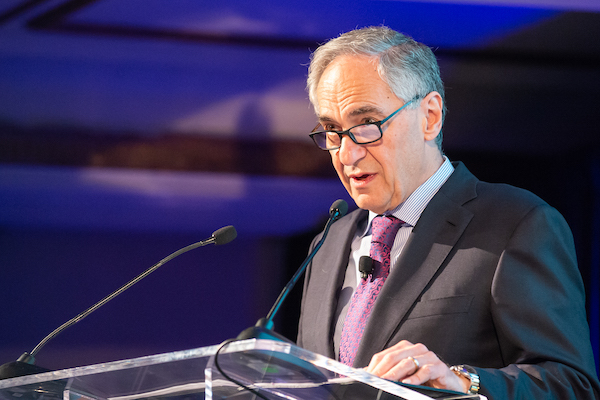 University of Chicago president Robert Zimmer is stepping down at the end of the current academic year. (Argonne National Laboratory / Flickr)

These are welcome words, and FIRE President and CEO Greg Lukianoff wrote to him to say as much, while also offering some insights on UChicago’s leadership on free expression and the challenges that remain for protecting its free speech culture. UChicago should be proud of its advances in free speech and the influence it has had on its peers around the country, but it should also be aware of how fragile that progress can be, and how easily it can be undone. What’s more, there is still room for growth. As Greg noted to Alivisatos in his letter:

[W]hile UChicago has been a national leader on free expression, its climate for free expression can still be improved. Even with UChicago finishing the highest of the 55 institutions whose students we surveyed last year, the institution’s score of 64.19 out of 100 shows that the institution, like its peers, nonetheless contends with significant challenges to its free expression culture. Even with UChicago doing as much as it does to foster a positive climate for self-expression, students routinely self-censor and worry that the frank and uninhibited discussion of certain topics, whether in classrooms, among friends, or on their social media accounts, remains off-limits.

Improving its culture of free expression will require more than simply maintaining the status quo on UChicago’s existing work. It will require new ways to innovate and lead on free expression, so that it can be wound ever tighter into the fabric of UChicago’s mission. FIRE is continually working to develop new free expression resources and programming for universities, and to improve on our existing toolkit. We’re happy to help UChicago do the same.

Having spent his academic career at Berkeley, where the Free Speech Movement originated in the 1960s, Alivisatos knows well what it means for one’s institution to have a proud role in the fight for free expression in higher education. We hope that has prepared him well to take up UChicago’s presidency and look forward to working with him and the UChicago administration to ensure it continues as a national leader on campus expression.

You can read the full text of Greg’s letter to Alivisatos below.