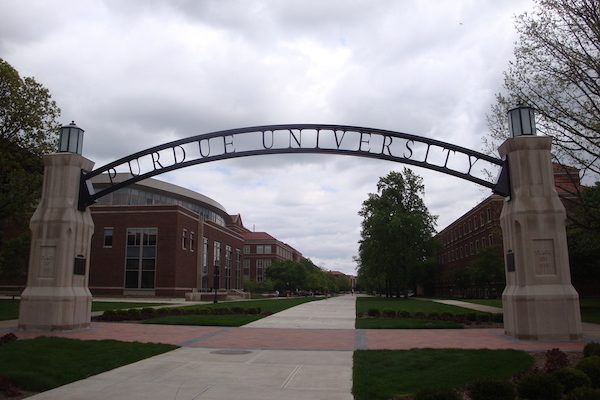 Update (June 18, 2021): On June 16, the Purdue board of trustees sent a letter to the Purdue chapter of the American Association of University Professors arguing that their decision to approve a controversial civics literacy requirement for all undergraduate students after the measure was rejected by the faculty senate did not violate shared governance principles because the board collaborated with three University Senate chairs when drafting the new policy. The letter also explains that Purdue faculty experts were heavily involved in crafting the new civics literacy requirement. A representative of Purdue sent FIRE both the letter and a timeline of events that detailed the board’s collaboration with faculty for the past two and a half years. FIRE appreciates the timely response from Purdue, and is pleased to learn more about the faculty’s role in shaping the requirement. Though this information does not address the concerns of faculty who believe the board’s decision to override the will of the faculty senate was a dangerous erosion of shared governance at the university, it is FIRE’s hope that continued transparency will build trust moving forward.

On June 11, the Purdue University board of trustees approved a civics literacy requirement for undergraduate students beginning with this fall’s freshman class. All Purdue students will be required to pass a civics test after participating in Civics Literacy Proficiency activities, which could include civics courses, civics-related events, or listening to a civics-related podcast produced by the Purdue Center for C-SPAN Scholarship & Engagement. Although an early version of the civics requirement was proposed by Purdue President Mitch Daniels over two years ago, some Purdue faculty feel blindsided by last week’s approval.

Greater education in civics and the Constitution could help to preclude many of the rights violations that FIRE sees all too often on college campuses, and FIRE provides resources to facilitate conversations about First Amendment rights during freshman orientation. Civic literacy is essential to a healthy campus culture, especially in today’s polarized political climate, and Purdue has a good track record on these issues. Purdue was one of the first institutions to adopt the Chicago Statement, committing itself to freedom of expression, and has earned FIRE’s highest, “green light” rating in FIRE’s Spotlight database for its speech policies. Purdue even incorporated free speech training into its orientation materials, which were developed through collaboration between faculty, students, and the administration.

Some faculty members object to the requirement being pushed without senate approval. Trustees say there’s already been plenty of discussion.https://t.co/5WCtzRkK9I

The new civics requirement presents another such opportunity for collaboration. Any major curricular change should involve input from the faculty who will be teaching the new material. Purdue’s rush to pass the civics literacy requirement despite significant faculty objections does not bode well for a smooth implementation. However, the Purdue administration can heal this breach by carefully listening to faculty concerns and collaborating more closely with faculty going forward.

There are three significant concerns with Purdue’s handling of the civics requirement approval process: (1) The requirement was voted down by the faculty senate by a wide margin, (2) Purdue pushed the requirement through despite concerns that this would violate shared governance per the University Code, and (3) faculty at several regional campuses were not given advance notice that the requirement would impact them.

The board’s determination to pass the resolution during the summer without the senate’s backing appears to contradict the Purdue University Code, which promotes shared governance between the board, the administration, and the faculty on policies “intended to achieve the educational objectives of Purdue University,” according to a copy of the document available on the American Association of University Professors Purdue chapter’s resource page. AAUP-Purdue’s letter to Purdue argued that the board violated this principle by passing the civics requirement without greater support from the faculty body.

Additionally, the board’s agenda for June 11 included an “SW” notation beside the “Approval of Civics Literacy Proficiency Graduation Requirement.” SW stands for “System-Wide,” meaning that all Purdue campuses would be bound by the requirement, not just the main campus in West Lafayette. Faculty members at other regional campuses were not informed that their institutions would be included in the resolution before seeing the agenda, and several said that they felt left out of the approval process.

Ideally, Purdue students will learn civics from professors who feel valued by the administration, are fully engaged with the material, and are excited about their role in shaping the next generation of active citizens.

As of late May, over 135 Purdue faculty members had engaged in a letter-writing campaign organized by AAUP-Purdue objecting to the civics requirement.

While Purdue’s commitment to civics education is admirable, many faculty members are justifiably upset that neither the faculty senate vote last year nor the letter campaign this year prompted any changes to the resolution that would have ameliorated their concerns. Now that the requirement is in place, Purdue is in a position to regain the trust of its faculty by using the early days of the civics program as an opportunity to respond to and collaborate with professors.

Faculty concerns were varied, and Purdue may be able to address some of them simply by being transparent about the goals of the program and allowing faculty some latitude in how they teach the required courses.

Purdue will not implement the requirement on campuses besides West Lafayette before 2022, which should give the administration ample time to pilot the program on one campus while seeking faculty input on early tweaks. Ideally, Purdue students will learn civics from professors who feel valued by the administration, are fully engaged with the material, and are excited about their role in shaping the next generation of active citizens.