FIRE > Newsdesk > Top Story > Q&A: Nicholas Quinn Rosenkranz on running for Yale’s Board of Trustees, and his ‘scary’ but ‘essential’ advice for students and faculty 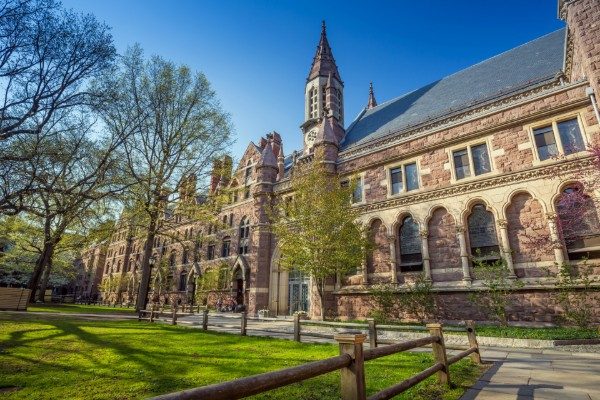 If you’re interested in freedom of speech or academic freedom on America’s college campuses, then you should know about constitutional scholar Nicholas Rosenkranz’s latest passion project. Rosenkranz, a Georgetown Law professor and nationally-recognized expert on constitutional law and federal courts, has plenty going on already: He’s a senior fellow at the Cato Institute, a cofounder of Heterodox Academy, and sits on the boards of directors of the Federalist Society and FIRE. He could soon be adding “Yale Board of Trustees” to that already impressive list. A group called Alumni for Excellence at Yale has put Rosenkranz forward as a potential board member and is seeking Yale alumni signatures to make it happen.

We talked with Nick about his vision for the position, his take on the “stifling orthodoxy” at Yale and other campuses today, and the “scary” but “essential” bit of advice students and faculty must heed if we want to reverse course.

The following interview has been lightly edited for length and clarity.

FIRE: Why are issues like campus liberty, free speech, and academic freedom important to you? 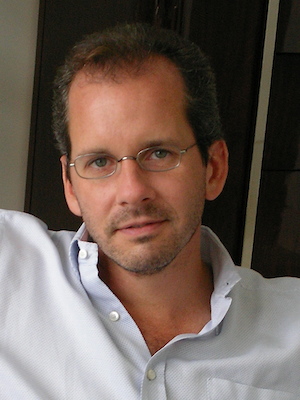 FIRE: Are there certain specific campus trends you’re worried about right now? On the flip side, are there things you’re excited and hopeful about in this space?

NQR: I’d say the best news of late is the new book by [FIRE President and CEO] Greg [Lukianoff] and Jon Haidt, which is “The Coddling of the American Mind.” We’re all hopeful that their book is going to start to stem the tide. But, as you know, the trends on campus are troubling. There have been some really worrisome violent episodes.

My alma mater is Yale; I got my B.A. and my J.D. at Yale, and I think for a lot of Yale alums, the Halloween costume controversy was a bit of a wake-up call. It was a bit shocking to see those videos, which, actually, Greg [Lukianoff] shot. And it really seemed as though the culture was becoming unrecognizable to many of us who graduated and remember Yale’s campus as a place of robust, wide-open intellectual debate.

FIRE: What are you worried about when you express concerns about what’s going on campuses? If things don’t change, what specifically do you think might happen to future generations of students?

NQR: I think the intellectual project of undergraduate education is, in large part, learning how to think, how to debate, [and] how to argue. In particular, in law school, part of the enterprise is taking on the strongest arguments on the other side and learning how to refute them.

And so if you’re at an educational institution where you’re really not having an opportunity to hear those other arguments, it’s going to be very hard to develop the skill of engaging those arguments. That’s really what I’m concerned about. I think a lot of students are graduating with the idea that silencing the other side is the skill that they need to know, when in fact, the skill that they’re going to need to know is how to refute the opposing argument, not how to silence it.

FIRE: Can you tell us what’s been going on with this new opportunity at Yale and the board of trustees? How did you find out that you were nominated? And, just tell folks a little bit about what the opportunity is and how you’ll know if you are selected.

NQR: Well, this was not my idea. A group of alumni approached me and asked if they could put my name forward to be a possible trustee at Yale.  They share a lot of my concerns, and I am honored that they want me to be the voice for these concerns. So I said yes, and now they are actively trying to get my name on the ballot.

It’s an extremely challenging project. As I understand it, they need to gather 4,266 signatures by October 1st in order to put my name on the ballot. It’s an extremely heavy lift, collecting that many signatures, but a lot of alumni are very motivated and are working hard to make it happen.

FIRE: If you were to be selected, what would you do? What are the alumni who put you forward asking you to do with this position?

NQR: Well, the core insight that I really want to bring to these board meetings is that there are two pathologies on campus, and that they are intimately related. One of them is the increasing hostility to free speech on campus, maybe best demonstrated by the Halloween episode, and the other is the real dearth of intellectual diversity among the faculty at Yale. Just to give a few examples, in the psychology department at Yale, there is one registered Republican out of 37; in the history department, there are three out of 55; in the economics department, there are zero out of 25. And, I think this lack of intellectual diversity among the faculty is very closely related to this increasing hostility to free speech.

To put it in its sharpest terms, if students behave as though they are shocked and traumatized by the prospect of a conservative coming to speak on campus, it may in part be because they have never laid eyes on a conservative behind a podium at Yale before. And so, in a way, it’s understandable that they find the prospect startling. And perhaps, if there was more intellectual diversity among the faculty, they would realize that it’s actually not so frightening to hear a variety of different views.

FIRE: Do you think people want you on the board because that perspective is not currently represented on the board?

NQR: I would say it’s certainly not sufficiently represented. I don’t know many of the board members personally. I do know Peter Salovey, the president of Yale, and I think he’s an excellent person, and I am a fan of his. He is trying to strike a balance in this area, but I am afraid that the balance that he’s striking is insufficiently attentive to concerns about free speech. So I’d like to be a voice in defense of free speech on campus.

FIRE: What’s the timeline here? Is there a deadline for gathering signatures?

FIRE: As students and faculty head back to campus this month, can you give one piece of advice, something active that they can do this year to move closer to whatever your goals you envision here? Listening to a new point of view, perhaps? Is there something easy they can do while they’re headed back to school?

NQR: The main advice that I would like to give to students is a little bit scary, but I think it is essential: Students must stop self-censoring. Students should say what’s on their minds and be prepared to defend their points of view. Be respectful. Think hard about the counterarguments.  But don’t be shy about expressing a view, just because you think it may be a minority view on campus.