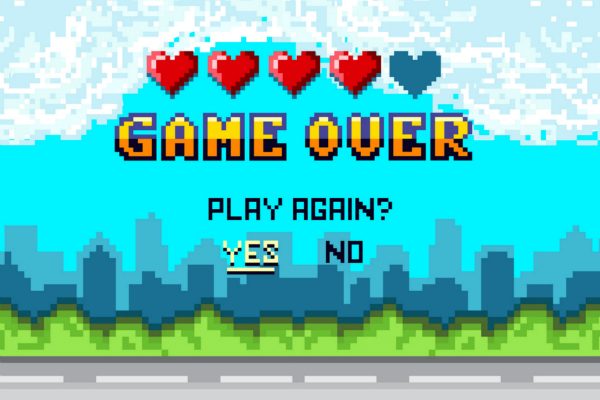 Not one, but two University of Maryland police officers responded to a late night report of a “comment that was offensive to the Jewish community” that popped up on screen in a residence hall lounge while students were playing video games, according to the UMD Police crime log published in The Diamondback, UMD’s student newspaper.

According to the hate bias report that FIRE received from a public records request, the matter involved several students who were playing the game “Quiplash” around 1 a.m. on May 6. Quiplash is a multi-player, fill-in-the-blank video game, similar to “Cards Against Humanity,” where players compete to answer questions in a non-sequitur or off-color manner. Competing to fill in the statement “I see…” in the funniest way possible to win points, the students wrote:

“Too many Jews to kill”

In the game, players then vote on which answer is funniest.

The game Quiplash asks for players to fill in prompts that appear on screen.

According to the report, two students came into the lounge and noticed the comments on the screen and contacted the residence hall RAs, who called the police to respond to a “hate/bias incident.” Two officers arrived and questioned the students individually after they initially refused to say who wrote the offending response. After one of the students admitted to writing the offending words, the “suspect” then had his information taken down and was referred to the Office of Student Conduct. It is unclear whether UMD police are always called out to respond in the event of a bias incident.

FIRE has long warned that bias response teams can cause a chilling effect on student speech. A 2017 FIRE survey of schools with bias response teams found that a full 42 percent of institutions surveyed list law enforcement personnel among their bias response team members: in other words, literal speech police. How colleges respond to offensive speech can have implications for free speech. Dispatching police officers to investigate, take notes, and report to disciplinary authorities over students saying something that may be offensive, but constitutionally protected, can have a profound chilling effect on speech and dialogue on campus.

Let’s hope the University of Maryland lives up to its “green light” rating and thinks twice about maintaining a bias system that requires police officers to investigate constitutionally protected speech, especially when it encompasses jokes made in the course of playing video games.