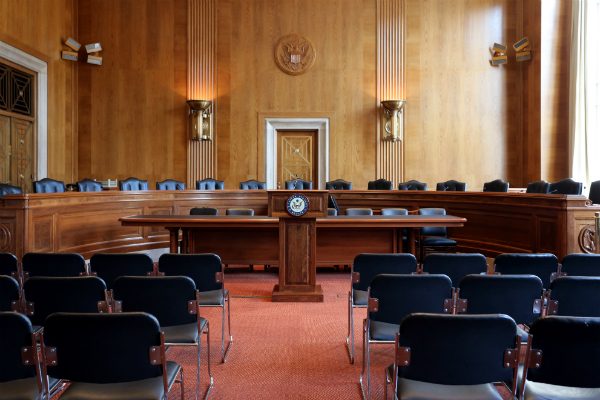 On April 2, the U.S. Senate Committee on Health, Education, Labor & Pensions (HELP Committee) held a hearing entitled “Reauthorizing HEA: Addressing Campus Sexual Assault and Ensuring Student Safety and Rights.” The purpose of the hearing, according to HELP Committee Chairman Sen. Lamar Alexander, was to “create more certainty in how colleges and universities should appropriately and fairly respond to allegations of sexual assault.”

At the two-hour hearing, five witnesses testified before the Committee and answered senators’ questions about the proposed new Title IX regulations currently under consideration by the Department of Education. Two of the issues closely considered at the hearing are issues directly affecting students’ free speech and due process rights:

The panel of witnesses to testify included people with a wide range of perspectives on these questions: Patricia Hamill, a partner at the law firm of Conrad O’Brien who chairs the firm’s Title IX, Due Process & Campus Discipline practice group; Harvard Law School professor Jeannie Suk Gersen; Fatima Goss Graves, President and CEO of the National Women’s Law Center; Anne Meehan, Director of Government Relations for the National Council on Education; and Jeff Howard, a student conduct administrator at Eastern Tennessee State University.

On the question of live hearings with cross-examination, there were two major areas of debate. The first was over whether this requirement would be too administratively burdensome to colleges and universities. Sen. Patty Murray, for example, worried about turning colleges into “fake courtrooms,” while Anne Meehan of the National Council on Education cautioned that colleges and universities:

[D]o not have the resources, personnel, or expertise of the criminal and civil justice system. We do not have subpoena powers, rules of evidence, or the ability to hold an attorney in contempt. Efforts that attempt to turn us into quasi-courts, or to impose court-like procedures and terminology, are misguided and likely to result in unintended consequences.

Patricia Hamill, by contrast, emphasized that live hearings and cross-examination are “critical to a fair process” in this setting, where there are often multiple plausible, competing narratives that make in-person credibility assessments crucial to getting at the truth. Questions posed in writing — the alternative suggested by many opponents of live cross-examination — simply do not allow for “a true exploration of these situations,” Hamill said. She also pointed out that having lawyers present for these proceedings is nothing new: “it’s important to acknowledge that lawyers have been in these rooms for the last five or six years,” and that universities are already familiar with setting appropriate boundaries for cross-examination and other aspects of attorney participation.

That colleges do not want to administer overly legalistic judicial processes, and that they do not want to subject already vulnerable individuals to further emotional strain, is understandable. But the proposed new regulations are not the cause of that problem. The real problem is that shoehorning sexual assault — one of the most heinous forms of criminal behavior — into an anti-discrimination framework is like trying to fit a square peg into a round hole. While advocates for less formal procedures try to frame campus sexual misconduct proceedings as nothing more than the enforcement of anti-discrimination laws, such proceedings are unavoidably much closer to a hybrid of civil and criminal processes. The underlying allegations often have potential criminal implications and records from campus proceedings, including statements made by the accused, can, as Patricia Hamill pointed out, be subpoenaed in criminal proceedings stemming from the same conduct. Moreover, a finding of responsibility for sexual assault has severe and lifelong consequences for the accused student that go far beyond a finding of civil responsibility for discriminatory behavior.

As Patricia Hamill said in her opening statement to the Committee:

I do understand the emotional distress and “chilling effect” direct questioning can have, but that is the case for both parties. And, if we are to ensure a fair process, ever reasonable effort to get at the truth must be pursued. There’s too much at stake to do anything less.

For these reasons, FIRE — as expressed in our comment to the Department of Education on the proposed regulations — supports the requirement of live hearings with cross-examination. There was one criticism raised, however, with which we agree: Fatima Goss Graves of the National Women’s Law Center pointed out that it would be inappropriate for schools to offer cross-examination only in the context of Title IX sexual misconduct adjudications, but not in other disciplinary cases. FIRE strongly supports the use of cross-examination in sexual misconduct cases, but we also share the belief that procedural protections should be consistent. That is why we believe that universities should provide live hearings with cross-examination in any serious (suspension- or expulsion-level) disciplinary cases where the resolution turns on credibility.

The senators and witnesses at the hearing also extensively discussed the proposed regulations’ adoption of the definition of sexual harassment used by the Supreme Court in Davis: “Unwelcome conduct on the basis of sex that is so severe, pervasive, and objectively offensive that it effectively denies a person equal access to the recipient’s education program or activity.”

Many felt that the Davis standard was insufficient. Harvard Law School professor Jeannie Suk Gersen, for example, argued that Davis is “too narrow and under-inclusive, because it would not cover conduct that is severe but not pervasive (such as a single act of rape), or pervasive but not severe (such as multiple, repeated, unwelcome comments on someone’s appearance).” She argued that the regulations should instead use the Supreme Court’s somewhat broader definition from Meritor Savings Bank v. Vinson, a workplace sexual harassment case: “The definition should prohibit unwelcome conduct of a sexual nature that is so severe or pervasive as to impair equal access to education, and it should require that hostile environment claims be objectively reasonable.” The mission of a place of employment, however, is very different from that of a college or university, which the Supreme Court has called uniquely the “marketplace of ideas.” Restrictions on speech that may be necessary and appropriate in the employment setting may stifle the exchange of ideas in the campus environment. Moreover, when the Supreme Court decided Davis, it expressly chose the higher standard, explaining why mere severity was insufficient in the educational context.

Fatima Goss Graves suggested that the appropriate definition was “any unwelcome conduct of a sexual nature,” a definition so expansive that it would subject large swaths of constitutionally protected speech to potential discipline. As FIRE noted when the Departments of Justice and Education attempted to mandate this definition back in 2013, this is a “breathtakingly broad definition of sexual harassment that makes virtually every student in the United States a harasser while ignoring the First Amendment.”

As we said in our formal comment to the Department of Education, FIRE supports the use of the Davis standard, “which carefully harmonizes schools’ obligation under Title IX to address sexual harassment with their obligation to protect students’ expressive rights.”

For those interested in this topic, the full hearing is available here and is well worth watching.