In 2016, Gallup, the Knight Foundation, and the Newseum Institute surveyed American adults and college students on their views toward freedom of expression. They found that support for the liberties protected by the First Amendment is strong among college students, and “partisan differences in views [toward] the security of First Amendment freedoms are relatively minor among college students.” For the first time, though, they found that although support is strong for these liberties, “students are willing to accept some limitations on free expression, particularly [expression] which is done to intentionally hurt or stereotype members of certain groups.” This finding is supported by additional evidence from a recent Huffington Post survey, and by FIRE’s own survey of college students’ attitudes.

As we wrote in our report, “although we find that most students (93 percent) agree that their school should invite a variety of speakers to campus, more than half of students (56 percent) agree that there are times when a college or university should withdraw a guest speaker’s invitation after the event has been announced.” When we look at how the attitudes of Democratic, Independent, and Republican students differ, as we have in previous posts, we find that “Democratic students are 19 percentage points more likely than their Republican peers to agree that there are times a speaker should be disinvited.” 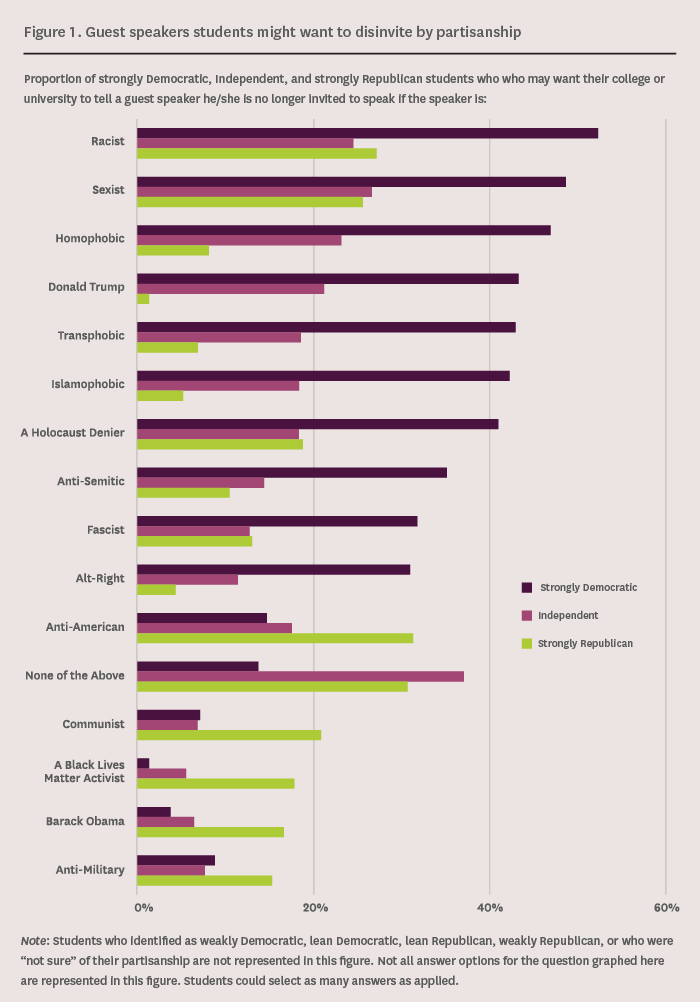 Thank you so much for following our series of Newsdesk posts on FIRE’s “Speaking Freely” report.