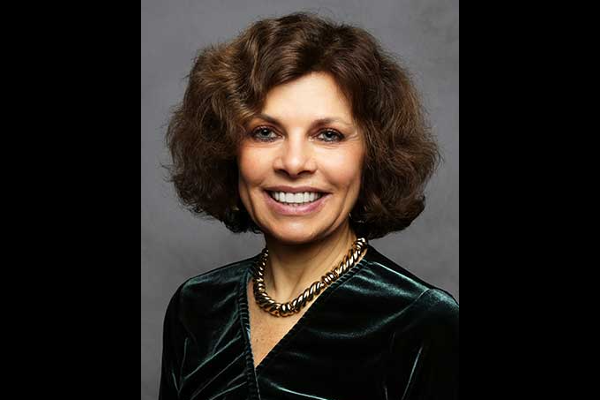 This is the second installment in FAN’s “Academic Speech — Protected or Perilous?” series. Yesterday, we posted Dean Erwin Chemerinsky’s essay, “The Role of Deans and Administrators in Dealing with Offensive Speech.” Tomorrow we will post professor Burt Neuborne’s essay, “Sticks and Stones.” Meanwhile, for today professor Nadine Strossen’s essay appears below. — rklc

Free speech principles of course protect university officials’ counter-speech, responding to controversial speech by other members of the university community, just as these principles protect the controversial speech itself. The challenging question is how best to foster a robust free speech culture, which is inclusive of all speakers and ideas, in light of speech’s paradoxical nature: All exercises of free speech rights — including counter-speech — may well have a speech-suppressive impact.

Some people’s expression may well induce others to hold their tongues for various reasons, including that they were intimidated by the speaker’s views. Indeed, the purpose of counter-speech is precisely to weaken support for the ideas being countered by arguing against them. But it can go even further, particularly when expressed by authority figures: to suppress agreement with the original point of view. 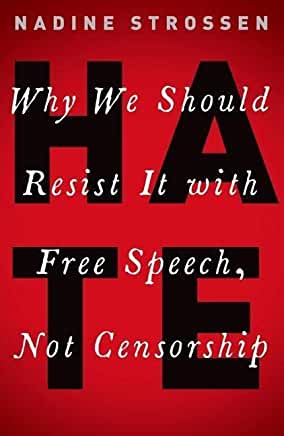 On the one hand, I wholeheartedly concur with the Supreme Court’s endorsement of counter-speech as a “less restrictive alternative” to government censorship. As its title signals, my 2018 book expressly encourages counter-speech in response to hate speech: “HATE: Why We Should Resist It with Free Speech, Not Censorship.”

On the other hand, some counter-speech may go too far and become counterproductive, no longer promoting further reflection and dialogue, but rather terminating discussion — and pursuing punishment rather than education and persuasion. An op-ed by PEN America’s CEO Suzanne Nossel well-captured this free speech conundrum:

Digital discourse affords us the collective power to justifiably inhibit speakers from voicing noxious views. But it also allows us to silence countless others who may withhold original ideas or provocative perspectives because they fear toxic, virulent blowback. . . . It is tempting to extinguish anything that affronts us. But doing so would legitimize the idea that mobs . . . should exert an authority we have always denied our elected government: namely, the power to decide what ideas live and die in the public sphere.

For years, surveys have consistently shown that too many members of campus communities engage in self-censorship, even hesitating to say anything at all about important and sensitive topics — notably, race and gender. Self-censorship that consists of choosing language that is appropriately respectful and sensitive is to be encouraged. Indeed, we generally call that “effective communication” rather than “self-censorship.” But self-censorship that consists of avoiding key topics altogether, for fear of unwittingly saying something that others might perceive as offensive, is antithetical to the free speech culture that campuses should cultivate.

The speech-suppressive impact of statements by college leaders

Counter-speech from a university president or other campus leader is likely to have an especially great speech-suppressive impact, chilling not only the directly targeted speaker, but also countless others who might well hesitate to voice any view that might trigger a similar condemnation from on high. This is one reason why I believe that such leaders should avoid harsh denunciations of speakers’ statements, including by repudiating them with such conclusory, overbroad labels as “racist” or otherwise “antithetical” to the university’s values. In many (if not most) situations, the expression’s meaning and the speaker’s intent are subject to differing interpretations, making such labels unfair and misleading. This is particularly true in the context of tweets and other short social media posts, which tend to include more hyperbole than nuance.

Especially when university leaders have in the past castigated controversial statements, they are pressured to rush to judgment regarding other controversial statements and to adopt the most negative possible (mis)interpretations, by students and others who have quickly (mis)read the statements in a bad light. This condemn-first-investigate-later approach is inconsistent with such fundamental elements of our justice system as the presumption of innocence and due process of law. It is also inconsistent with the concepts of proportionality and restorative justice that — fortunately — have been widely embraced, especially by progressives, even in response to the most violent crimes. 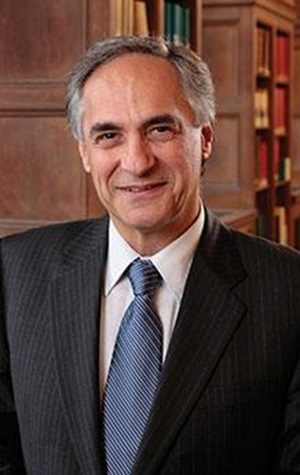 This affirmative approach was taken, for example, by then-University of Chicago President Robert Zimmer in 2020, in response to enormous pressure to punish professor Dorian Abbot for his videos and op-eds that criticized some aspects of affirmative action and diversity programs.  Zimmer unqualifiedly reaffirmed the university’s commitment to faculty members’ free speech rights, including their freedom to “disagree with any policy or approach of the University. . . without being subject to discipline, reprimand or other form of punishment.” He also underscored that no statement by any faculty member bears the university’s imprimatur:

[N]o individual member of the faculty speaks for the University as a whole on any subject, including on issues of diversity. In turn, the University will continue to defend vigorously any faculty member’s right to publish and discuss his or her ideas.

Moreover, Zimmer reaffirmed the university’s own positions on the topics that Abbot had discussed — but without even mentioning Abbot’s name or referring to his expression, much less condemning it. Zimmer stated:

The University is committed to creating an inclusive environment where diversity is not only represented but individuals are empowered to fully participate in the exchange of ideas and perspectives. As University leaders we recognize that there is more work to be done and are strengthening initiatives to attract faculty, students and staff of diverse backgrounds. 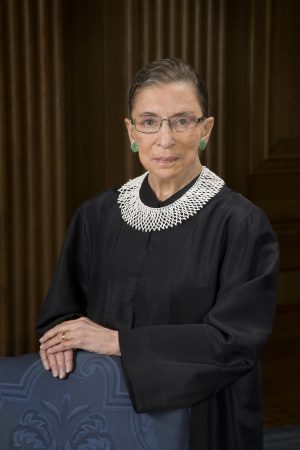 The dangers of conclusory condemnations

In contrast with the cancel culture that fuels, and is further fueled by, the type of conclusory condemnation that Dean William Treanor swiftly issued about Ilya Shapiro’s tweets, President Zimmer’s affirmative approach is more consistent with a free speech culture. In the same spirit, Justice Ruth Bader Ginsburg regularly stressed the importance of framing one’s own arguments affirmatively, rather than tearing down someone else’s arguments — let alone engaging in the kind of character assassination that has become too common. Both as an advocate and as a judge, RBG strived to convey her views as “a dialogue with, not a diatribe against,” those whose ideas she rejected. Specifically, she said that whether she was working as a lawyer writing a brief or as a judge writing an opinion, she would consistently write “affirmative statements of my reasons, drafted before receiving” the brief or opinion whose arguments she was countering. Only after writing her own affirmative case would she later make “adjustments, as needed, to [respond to] the presentation” in the other document (67 N.Y.U. L. Rev. 1185 at 1196).

The advantages of the Zimmer approach

First, it reduces the pressure on university leaders to constantly consider whether, and if so how, to repudiate any of the myriad specific statements that particular community members issue, which some other community members might view in a negative light. Once a pattern is set of condemning some statements, a negative inference is created every time the leadership does not similarly denounce another controversial statement or does so in language that critics view as insufficiently harsh.

Second, when university officials clearly, consistently, and categorically refuse to go beyond reiterating their free speech and other core principles, the controversy surrounding the statements at issue should wane more rapidly. That was apparently the case in the Dorian Abbot situation at the University of Chicago. In contrast, when campus leaders have evidenced their willingness to issue condemnations, that creates incentives for those who object to any faculty statement to pressure campus leaders to issue additional, harsher condemnations. The Georgetown situation illustrates this common pattern: An official denunciation of the statement at issue is, in turn, denounced as too weak a response, thus prolonging the controversy.

In a related vein, by focusing positively on the university’s own values, the Zimmer approach deflects attention from the controversial statement. In contrast, criticism of expression often has the unintended consequence of increasing the attention and support it receives. 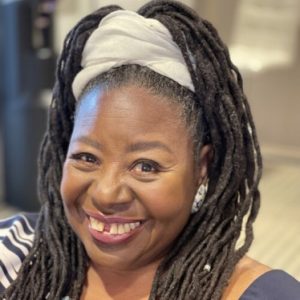 There is yet another advantage of university leaders’ eschewing a “shaming and blaming” approach toward controversial speakers, but instead encouraging members of the campus community to engage with the speakers’ ideas: positive educational benefits. For one, there is a greater likelihood that the speakers, as well as others who might be inclined to agree with them, would be more open to a re-examination of their views. For this reason, Loretta Ross, a prominent human rights activist, and self-described “radical Black feminist,” has rejected “calling out” even confirmed white supremacists, explaining that calling them “in” — i.e., into a dialogue — is much more likely to change hearts and minds.

In the case of Ilya Shapiro, whose views about President Biden’s use of racial and gender criteria in making his Supreme Court pick are unpopular at Georgetown — although, according to polls, not with the general public, or even with members of minority groups in the general public — subjecting those views to investigation as potentially violating law school policies, rather than subjecting them to discussion on their (de)merits, shortchanges law students’ professional training.

Students must develop the essential lawyering skills of refuting arguments with evidence and analysis. Even if arguments against the legality and wisdom of affirmative action policies are stifled by the campus cancel culture, they will hardly be censored in courts of law — not to mention the court of public opinion. The lawyers-in-training at Georgetown who most fervently support affirmative action should especially welcome the opportunity to hone their effective advocacy on this issue by grappling with contrary views. “Shielding” students from such views, in order to “protect” them from being offended, is ultimately no favor to the students, to their future clients and causes, or to our justice system.

Nadine Strossen is the John Marshall Harlan II Professor of Law, emerita, at NYU and former president of the American Civil Liberties Union, 1991–2008.