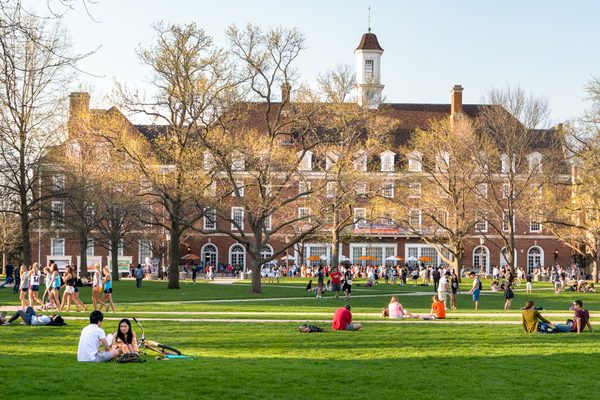 UPDATE, April 16: NASPA has added a note to the page for its CORE Blueprint acknowledging that the document has not been updated since February 2017, and providing links to more recent guidance documents. The note further states that “an updated edition of the CORE Blueprint is in development and expected fall 2021.” FIRE is glad to see this clarification and hopes that, in the meantime, NASPA will ensure the current edition of the document is not used to advise colleges and universities on Title IX requirements.

The largest association of student affairs administrators in the country appears to be using obsolete and inaccurate information about Title IX requirements to advise colleges and universities on addressing campus sexual violence.

Through its Culture of Respect initiative, the National Association of Student Personnel Administrators says it aims to build the capacity of educational institutions to stop sexual violence on campus. The initiative includes the Culture of Respect Collective, a two-year program that “brings together institutions of higher education who are dedicated to ending campus sexual violence and guides them through a rigorous process of self-assessment and targeted organizational change.”

NASPA recently announced that 19 new colleges and universities will be participating in the fifth cohort of the program. Those institutions will rely on NASPA’s “signature tools,” including the second edition of its CORE Blueprint, which sets forth “recommended practices for addressing campus sexual violence, based on evidence-based research, expert guidance, and promising and emerging practices.”

Unfortunately, that means those institutions may be relying on outdated and inaccurate information.

NASPA’s CORE Blueprint appears not to have been substantially updated since 2017. As a result, its recommendations to schools for developing policies governing the investigation and adjudication of sexual misconduct allegations are replete with references to defunct federal guidance and misstatements of the relevant law. The CORE Blueprint repeatedly cites the Department of Education’s 2011 “Dear Colleague” letter and an accompanying 2014 Title IX guidance document, both of which were rescinded four years ago. Naturally, there is also no mention of the legally binding new Title IX regulations enacted last year. 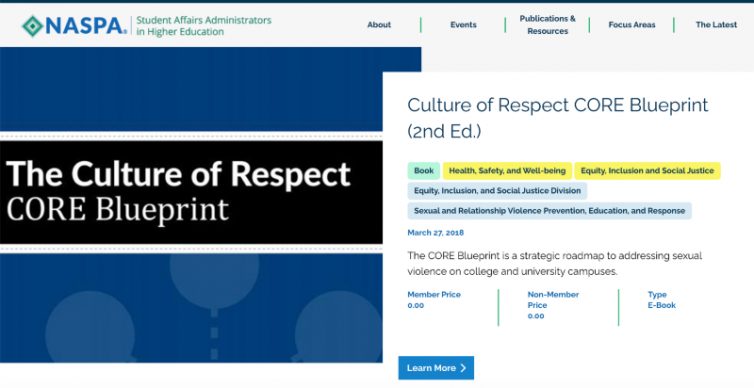 NASPA's CORE Blueprint does not appear to have been substantially updated since approximately 2017. In that time, federal regulations surrounding the implementation of Title IX have changed dramatically.

Relying on old guidance, the document incorrectly and repeatedly states that colleges and universities are required to use the “preponderance of the evidence” standard of proof to adjudicate allegations of sexual misconduct. To the contrary, the new Title IX regulations allow schools to choose between the preponderance of the evidence standard and the more stringent (and as FIRE has argued, more appropriate) “clear and convincing evidence” standard.

The CORE Blueprint is behind on the applicable law in other ways as well. It incorrectly suggests that schools may use the “Single Investigator Model” to review sexual misconduct allegations. Under this approach, accused students are not afforded a hearing, and one individual may be responsible for both investigating and adjudicating the complaint. However, the current Title IX regulations make clear that the decision-maker cannot be the same person as the Title IX coordinator or investigator, and institutions must provide for a live hearing where the parties’ advisors may cross-examine witnesses.

NASPA’s CORE Blueprint also states that schools are not required to establish an appeals process. This is false. The current regulations require schools to allow both complainants and accused students to appeal adverse decisions.

Although NASPA’s Culture of Respect initiative appears to be a well-intentioned effort to help colleges and universities address the critical issue of sexual violence on campus, it does that mission a disservice when its training, advice, and public-facing documentation contains inaccurate information. NASPA’s misleading and, at times, flatly incorrect guidance puts those institutions at risk of violating federal law and jeopardizes their students’ rights in the process.

In light of the “[u]npredictable and frequent changes in federal regulations and case law,” the CORE Blueprint advises colleges and universities to “review and update their sexual misconduct policy as needed and, at a minimum, annually.” FIRE agrees and recommends NASPA do the same with its CORE Blueprint and other guides.