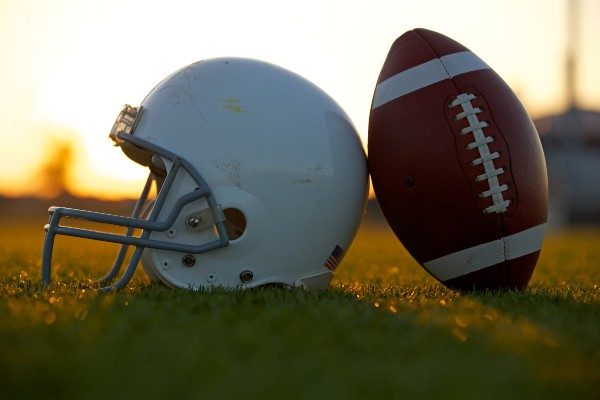 As students return to classes in the fall — whether physical or online — one category of students will be prohibited from speaking publicly about their institutions’ policies and practices, including those on pressing issues like pandemic response and discrimination: student-athletes.

In a recent study of student-athlete rulebooks and media policies at some of the country’s largest public institutions, the Brechner Center for Freedom of Information at the University of Florida found that 50 of 58 surveyed institutions “categorically prohibit[] athletes from speaking to the press without first getting approval.”

Policies like the ones described are nothing less than prior restraints, which the Supreme Court has explained are “the most serious and the least tolerable infringement on First Amendment rights.”

The public relations team, apparently, had adopted a system of shutting their eyes to signify when student-athletes should shut their mouths during media interviews.

Discussing this research on a preview episode of Brechner Center’s new podcast Why Don’t We Know, host Sara Ganim describes a chilling example of when she saw such a policy at work. While covering athletics at Georgia Tech in 2013, Ganim asked a player about an armband he wore as part of a silent protest for student-athlete rights. As the player suddenly fell silent mid-sentence, she realized that a university public relations officer was standing nearby, closing his eyes. The public relations team, apparently, had adopted a system of shutting their eyes to signify when student-athletes should shut their mouths during media interviews.

Brechner uncovered the wide use of these gags by employing public records laws to request rulebooks and media policies from 80 colleges and universities nationwide. Of the 80 institutions from which Brechner requested policies, 22 failed to respond. While this lack of response to requests submitted pursuant to state law may be stunning, it is unfortunately unsurprising and follows a pattern of non-response by public colleges and universities that FIRE has seen time after time.

But even putting aside the issue of noncompliance with public records laws, Brechner’s research here reveals a disturbing reality: Public colleges and universities consistently ignore their First Amendment obligations when it comes to student-athletes, treating student-athletes like commodities instead of individuals with constitutional rights.

As noted in FIRE’s Statement on Student-Athletes’ Free Speech Rights, “Student-athletes are students first.” This reflects the NCAA’s guiding principles, which emphasize student-athletes’ foremost role as students. With this emphasis must come recognition that student-athletes enjoy free speech rights commensurate to the rest of the student body. Notably, just last month, the United States Court of Appeals for the Third Circuit recognized that student-athletes’ speech must not be burdened by blanket restrictions.

Even though institutions may argue that a lesser degree of First Amendment protection should apply to student-athletes, as Brechner Center Director Frank LoMonte explains in the podcast, these restrictions violate the First Amendment no matter which way you cut it: If student-athletes are best seen as students, it is clear that public colleges and universities have little legal authority to restrict their right to speak. But even if institutions were to argue that student-athletes’ free speech rights are better compared to those of public employees, gag policies would still fail legal scrutiny. While courts extend broader authority to public employers to restrict the speech of their employees, courts have consistently struck down sweeping prior restraints on public employee speech as violative of the First Amendment.

Despite the questionable legality of these policies, they are nonetheless common, as shown by Brechner’s research and as FIRE has consistently seen. For example, just last month, FIRE wrote to the University of Iowa following reports that the university has been restricting its student-athletes’ use of social media.

Policies and practices that gag student-athletes from speaking publicly, whether through the news media or through social media, are both illegal and unwise, and must be laid to rest. They not only harm student-athletes, but they also harm journalists — including student journalists — as well as campus and broader communities. As seen in Ganim’s example, discussed above, prohibiting student-athletes’ from speaking with the media directly impedes student journalists’ ability to cover important campus issues, which in turn obstructs the public’s right to know about those issues. By preventing journalists from accessing information, this code of silence has likely delayed public awareness of countless scandals involving college and university athletic departments.

Given the implications on the rights of student-athletes, student journalists, and the public, the code of silence created by these gag policies is unacceptable. FIRE applauds the work of the Brechner Center in bringing this unsettling trend to light.