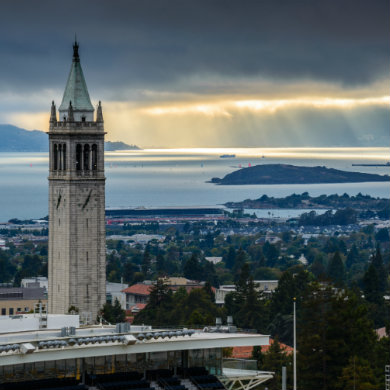 Yesterday, the University of California Board of Regents held an open meeting allowing students, faculty, members of the UC community, and other interested parties to share their thoughts on UC’s proposed Statement of Principles Against Intolerance.

The statement came about after the UC Regents decided not to adopt the U.S. State Department’s definition of anti-Semitism. Free speech advocates pointed out that a public university’s adoption of this definition as policy would raise serious First Amendment concerns and chill protected speech, including criticism of Israel’s government.

Earlier this week, FIRE’s Will Creeley explained that while the Statement of Principles Against Intolerance doesn’t include the State Department’s definition of anti-Semitism, it still impermissibly chills speech by telling students that certain viewpoints don’t belong at their university, encouraging them to report such views, and promising a “prompt” and “effective” institutional response. Will told the Associated Press yesterday that the policy, if implemented, would create “a kind of race to the bottom, sooner or later, by public universities punishing students or faculty for a particular viewpoint.”

Given the First Amendment concerns over both proposed policies, that this open meeting was held on Constitution Day was fitting. Many speakers at yesterday’s meeting agreed that the new proposed policy was a bad idea—but, unfortunately, for a different reason: they want UC to draft a policy that is even more hostile to speech.

The suggestions put forth and the demands made during the meeting were alarming. Despite having only one minute to share their thoughts, plenty of speakers managed to find time to demand that UC violate its students’ speech rights and ignore its obligations under the First Amendment. (Note: The following may include minor transcription errors.)

Comments from the UC Campus Community

Gary Fouse, an adjunct at UC Irvine, claimed that UC’s current proposed statement against intolerance is “useless” without the incorporation of the State Department’s definition of anti-Semitism:

The Israeli-Palestinian debate has led to an atmosphere where many Jewish students who support Israel are often spending their college years in a climate of intimidation, not just from Pro-Palestinian students but in many cases from professors in the classroom. The problem is not neo-Nazis or skinheads. Rather, it is the pro-Palestinian lobby such as the Students for Justice in Palestine, BDS promoters and other faculty allies. Each year these groups invite speakers to campus, some of whom cross the line from legitimate criticism of Israel to attacking Jews as people.

But it’s not up to public university officials to decide what criticism of a foreign government is legitimate or forbidden, and, in turn, to demand everyone at the university abide by their perceptions of “legitimate criticism.” The idea of a public institution doing so should trouble anyone who believes in the fundamental importance of the right to dissent. In fact, President Obama made similar arguments this week at a town hall meeting when he said “I don’t agree that you, when you become students at colleges, have to be coddled and protected from different points of view,” and that silencing arguments we oppose is “not the way we learn.”

Another commenter, a UC Berkeley alum, pointed out the absurdity of Fouse’s argument:

When I was a student at Berkeley, it was criticizing the US government that wasn’t permitted. In fact, we had to have a free speech movement in 1964 in order to have any political speech on campus. So now apparently criticizing the Israeli government is going to be banned.

As this commenter suggested, it’s noteworthy that students in the UC system have historically fought especially hard for their First Amendment rights—rights that should not be so easily set aside.

A group of UC students made a joint statement together saying that the State Department definition of anti-Semitism is “the only existing definition that is capable of addressing the nuanced hatred that we experienced on our campuses today.” If UC follows the advice of these speakers and a majority of those present at this meeting, it will be adopting a deeply troubling policy.

Another worrisome trend in this meeting was the use of criminal or violent acts as examples of why this policy is needed. Several commenters brought up examples of vandalism, including swastikas drawn on fraternity houses and violence against Jewish students, to justify the adoption of the State Department’s definition. But these actions are criminal—they’re already illegal. Trying to target such acts through this new policy is not only superfluous, but would implicate constitutionally protected political speech in the process.

Comments from the Regents themselves were hardly any better.

While Regent John Perez’s acknowledged that the State Department’s definition could potentially limit academic freedom, that was one of the few displays of sound judgment.

The most worrying statements came from Regent Richard C. Blum, whose wife is United States Senator Dianne Feinstein. Blum said earlier in the meeting that “we’ve been too tolerant, too patient about all this for too long,” and continued:

I should add that over the weekend my wife, your senior Senator, and I talked about this issue at length. She wants to stay out of the conversation publicly but if we do not do the right thing she will engage publicly and is prepared to be critical of this university if we don’t have the kind of not only statement but penalties for those who commit what you can call them crimes, call them whatever you want. Students that do the things that have been cited here today probably ought to have a dismissal or a suspension from school. I don’t know how many of you feel strongly that way but my wife does and so do I.

Yes, a UC Regent flatly threatened the university with political consequences if it failed to craft a “tolerance” policy that would punish—and even expel—its violators.

The consequences of this suggestion are grave: If UC adopts the State Department definition of anti-Semitism (or any policy banning criticism or intolerance), and accedes to Blum’s demands, students could potentially face expulsion for any language a person subjectively believes is “intolerant.”

I just wanted to say that I agree with Regent Blum, that principles are great, rejection of actions are great, but we need to address the punishment. If we don’t have punishment we’re just putting a lot of paper together. We’re just stating a lot of stuff on pieces of paper.

The board concluded the meeting by saying there was more work to be done, and announcing the formation of a working group, led by Regent Eddie Island. Island said he would compose a group of university stakeholders who would work together to craft a policy that addressed concerns about both intolerance and freedom of speech.

We at FIRE believe robust protections for freedom of speech accomplish both goals by providing a platform to debate the merits (or lack thereof) of intolerance in the marketplace of ideas.

Hopefully this working group recognizes that more speech and the hard work of convincing someone they’re wrong are the only real, effective remedies against intolerance. UC students and faculty who value free speech and academic freedom should watch these developments very closely.