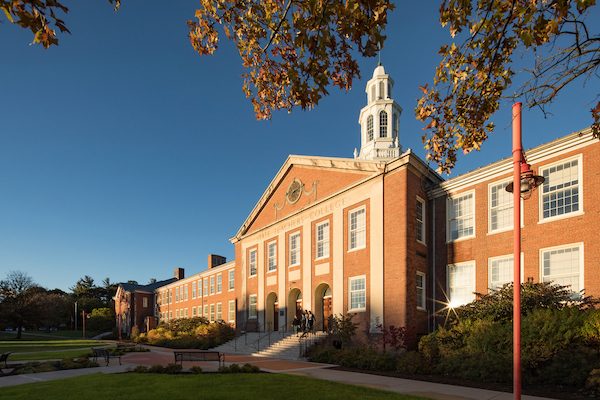 Following heated backlash from elected officials and the public, SUNY Brockport defunded an appearance by Jalil Muntaqim, a faculty-invited speaker, though the event will continue.

Muntaqim, a former Black Panther convicted of killing two police officers in the 1970s, is slated to speak on April 6 about his time “serving nearly 50 years as a political prisoner,” according to the event description.

Several New York legislators want SUNY @Brockport to disinvite convicted cop killer Jalil Muntaqim, but the school must stand firm in its decision to allow the speaking appearance to continue as planned.https://t.co/PnHiw2MqiS

However, just a day later, Chief Diversity Officer Damita Davis announced that the Promoting Excellence in Diversity Grant Committee, the university-funded committee that originally approved the grant to fund Muntaqim’s speaking appearance, would rescind that approval.

Some may think SUNY Brockport’s defunding of the controversial event allows it to revoke its support of the event without canceling it and violating its obligations under the First Amendment. Those people are wrong.

As a public university, SUNY Brockport is bound by the First Amendment, which prohibits the institution from defunding speaking appearances based on the speaker’s viewpoint or criminal past. Even more to the point, the Supreme Court has directly upheld the rights of students and faculty to hear—in person—from speakers with criminal ties. In Kleindienst v. Mandel, the Court said with respect to a foreign academic with alleged Communist ties, that it was “loath” to hold that the ability of students and faculty to hear from the speaker by telephone was sufficient to override their interest in the “particular form of access” to face-to-face discussions. Defunding Muntaqim’s talk sharply increases the risk SUNY Brockport students and faculty will not get to hear from him, face-to-face.

As you have correctly recognized, faculty enjoy the right to academic freedom—which the Supreme Court has labeled as of “special concern to the First Amendment.” The American Association of University Professors has likewise said that “the freedom to hear is an essential condition of a university community and an inseparable part of academic freedom,” and “the right to examine issues and seek truth is prejudiced to the extent that the university is open to some but not to others whom members of the university also judge desirable to hear.”

Here, the timing of the PED Grant Committee’s repeal of funding for Muntaqim’s speaking appearance—coming within hours of strong and increasing objections from the public about Muntaqim—appears to be impermissibly viewpoint- and/or speaker-based.

Some may argue the event was defunded due to Muntaqim’s past conduct, not his speech. However, when punishment of speech is based on a speaker’s past conduct and/or what that portends for what they will say, as appears to be the case here, it indicates that the punitive measure — rescinding the grant — is speaker– and/or viewpoint-based. This, in and of itself, is problematic and unconstitutional.

We explained to SUNY Brockport that had Muntaqim been invited by the PED Grant Committee, the committee could disinvite him or defund his appearance. However, given that Muntaqim was invited by a faculty member, defunding his appearance infringes faculty academic freedom rights.

Universities must be places where students and faculty can discuss—and hear from—people whose acts or views may be controversial or unlawful. And students and faculty must remain free to invite speakers, whether they agree with them or not, without fear of censorship or punishment by an administrator, bureaucrat, or politician. The First Amendment extends a right not only to speak, but also to hear or receive information, and these rights make no exception for people who have engaged in misdeeds, criminal activity, or membership in blacklisted organizations. As a public institution, SUNY Brockport’s allegiances must lie with the First Amendment rather than with detractors who would see those rights infringed.

We urge SUNY Brockport not to just say the right thing, but also to do the right thing by defending academic freedom and restoring the funding of Muntaqim’s speaking appearance.