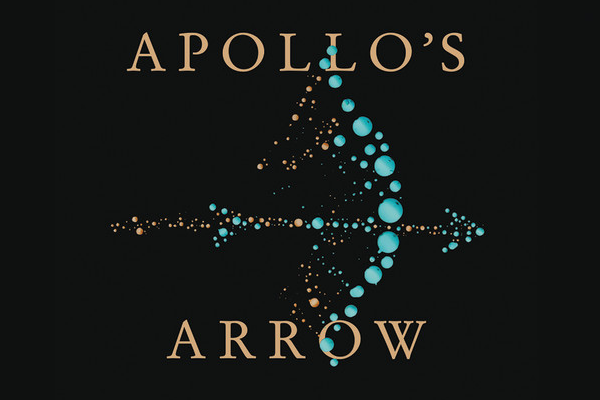 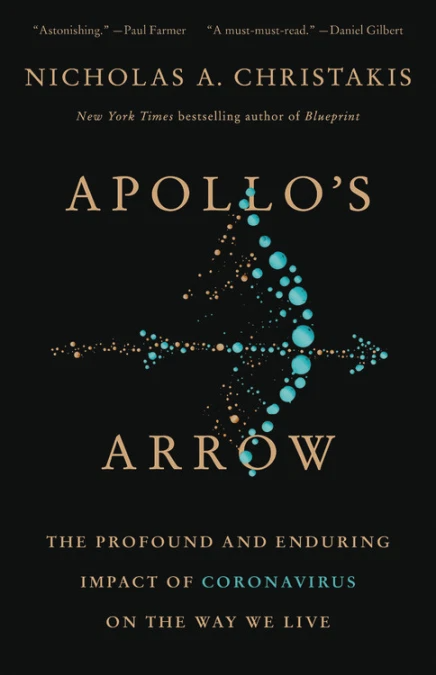 This important and relevant book was produced with lightning speed and focus by the great Yale scholar (and friend) Nicholas Christakis. In addition to being full of important information about the pandemic, it also has delightful little bits of trivia, including that “quarantine” originally referred to the practice of isolating sailors in Italian ports for 40 days. Also, the term “vaccination” is derived from the Latin word for cow, vacca, because the original vaccination was an injection of cowpox.

It also helped me understand why many diseases tend to devastate us less over time. I had previously thought it was just because humans developed herd and individual immunity, but I hadn’t really given much thought to the fact that a virus “wants” to survive and spread. The less lethal strains permit their hosts to live longer and spread more copies, thereby leading to less lethal strains gaining strength over time. Indeed, what we now call the common cold started out as a devastating flu back in the 19th century.

Also, somehow I managed to read this book without it ever making me feel ill or otherwise activating my hypochondria. That by itself is an accomplishment. 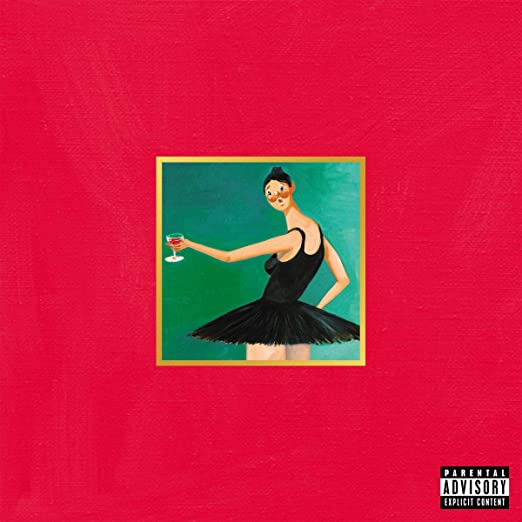 The Prestigious Fats Waller award this month goes to “My Beautiful Dark Twisted Fantasy” by Kanye West. Simply one of the best pop/hip-hop albums of all time. I don’t super care what people’s opinion of Kanye is, he is an astoundingly great pop artist. This album is Kanye at the top of his craft, including one of the best all-time motivational songs (“POWER”) fantastic cameos by Kid Cudi (a previous recipient), Rihanna, Nikki Minaj, and Bon Iver.

The most pleasant surprise of this album is Kanye’s ability to make fun of himself — not necessarily something he’s well known for. My wife and I love this album so much that a lot of the songs figured heavily in our wedding. It’s probably best that people couldn’t really hear the words all that well. “Monster” didn’t go over all that well, but by the end of the night, “Runaway” seemed to have been taken on the right spirit. Even though it may not sound like the warmest song, that’s how it felt to me. 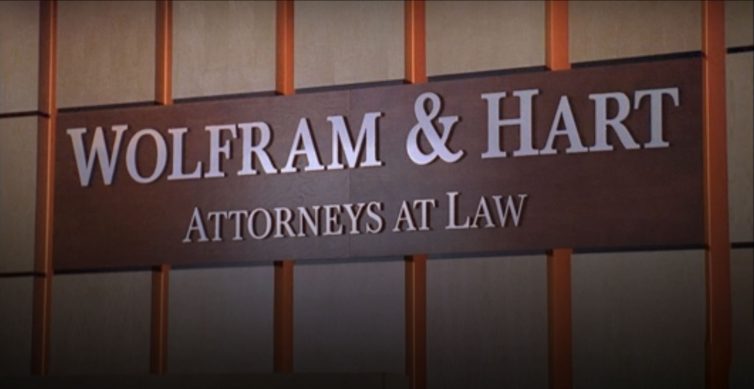 As you know I’m a big fan of “Buffy the Vampire Slayer,” and my very first “Kirby” went to the entire series. The spinoff “Angel” is not nearly as successful and had some pretty ponderous seasons, but its final season was amazing.

The premise was that his team of “sometimes morally flexible” do-gooders had saved the world by saving us from a supposedly benign loving force that was nonetheless trying to enslave the human race. For having accomplished something so great against the forces of good, Angel and his team are given the keys — quite literally — to one of the series’ truly awesome creations: Wolfram & Hart.

Wolfram & Hart is an EVIL law firm. I know, I know — that may sound redundant, but what I mean here is, it’s actually run for other-dimensional, super evil demons lovingly referred to as the “senior partners.” The team decides to take on the challenge, and the question of the entire season is: can you use evil to do good?

It’s never clearly or easily answered, and the team is constantly tempted to use their new wealth and power for selfish reasons. It is one of the best seasons in the entire Buffyverse, and the final episode of “Angel” is one of the most, shall we say, morally interesting conclusions to a series ever.

They also add James Marsters’s Spike to the cast, which creates a terrifically funny dynamic between Buffy’s two ex-boyfriends. It’s funny, it’s creative, the action is great, and in a way, that Joss Whedon heartbreak still feels real.

And the cast gets turned into Muppets.