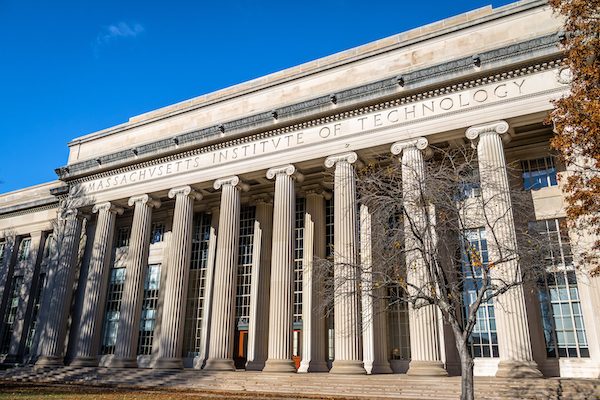 For the past decade, the annual John Carlson Lecture at the Massachusetts Institute of Technology has given the public an opportunity, free of charge, to hear “exciting new results in climate science” from prominent scholars in the field.

Last year’s lecture, during the COVID-19 pandemic, didn’t happen. And there won’t be one this year either — but for a much more troubling reason.

University of Chicago geophysics professor Dorian Abbot, who studies climate and habitability problems here on Earth and on exoplanets beyond our solar system, was slated to give this year’s talk on Oct. 21. But after pressure from critics of Abbot’s stance on campus Diversity, Equity, and Inclusion initiatives, MIT’s Department of Earth, Atmospheric and Planetary Sciences rescinded Abbot’s offer. It’s now cancelled the lecture altogether.

The threat to free expression is no longer just knocking at the door. At MIT, the call is coming from inside the house.

Princeton will reportedly host Abbot’s lecture instead, and MIT has invited Abbot to speak to fellow-researchers in a less public-facing venue.

In a post yesterday, Abbot described the controversy surrounding his view that current DEI initiatives are not actually equitable or inclusive — at least not in ways that uphold a university’s fundamental mission. Abbot said it’s a view he first began advocating for last fall (after which he became the target of an initial cancellation campaign), and that he and a colleague outlined in a Newsweek op-ed in August:

[W]e argued that Diversity, Equity, and Inclusion (DEI) as it currently is implemented on campus “violates the ethical and legal principle of equal treatment” and “treats persons as merely means to an end, giving primacy to a statistic over the individuality of a human being.” We proposed instead “an alternative framework called Merit, Fairness, and Equality (MFE) whereby university applicants are treated as individuals and evaluated through a rigorous and unbiased process based on their merit and qualifications alone.” We noted that this would mean an end to legacy and athletic admission advantages, which significantly favor white applicants.

The Newsweek article, Abbot says, raised the stakes in a way that ultimately led to the MIT disinvitation. His timeline and commentary is worth considering in full:

Shortly thereafter, my detractors developed a new strategy to try to isolate me and intimidate everyone else into silence: They argued on Twitter that I should not be invited to give science seminars at other universities and coordinated replacement speakers. This is an effective and increasingly common way to ratchet up the cost of dissenting because disseminating new work to colleagues is an important part of the scientific endeavor.

Sure enough, this strategy was employed when I was chosen to give the Carlson Lecture at MIT — a major honor in my field. It is an annual public talk given to a large audience and my topic was “climate and the potential for life on other planets.” On September 22, a new Twitter mob, composed of a group of MIT students, postdocs, and recent alumni, demanded that I be uninvited.

It worked. And quickly.

On September 30 the department chair at MIT called to tell me that they would be cancelling the Carlson lecture this year in order to avoid controversy.

It’s worth stating what happened again: a small group of ideologues mounted a Twitter campaign to cancel a distinguished science lecture at the Massachusetts Institute of Technology because they disagreed with some of the political positions the speaker had taken. And they were successful within eight days.

The fact that such stories have become an everyday feature of American life should do nothing to diminish how shocking they are, and how damaging they are to a free society. The fact that MIT, one of the greatest universities in the world, caved in so quickly will only encourage others to deploy this same tactic.

Our organization has tracked disinvitations for years, starting more than a decade before “cancel culture” was a major part of public discourse. Historically, these events happened when student groups or faculty members invited a controversial speaker to campus, only to have administrators shut the talk down amid a threat of disruption or complaints from other students or faculty, social media mobs, legislators, or influential donors.

We have long flagged disinvitations dotting campuses as a harbinger of the broader threat to free expression looming over colleges and universities specifically. These are our nation’s great engines for vetting truth and upholding free inquiry. If there is no free speech on a college campus, where can we have it?

The Abbot cancellation suggests that even institutions generally considered to be hard-science strongholds are straying far from their core commitments.

But Abbot’s disinvitation by the very academic department that invited him — at a school like MIT, which people might reasonably expect to put hard science over political squabbling, and which firmly commits itself to “seek[ing] through research and reflection to extend the boundaries of knowledge and the horizons of the human intellect” — suggests that the threat to free expression is no longer just knocking at the door. At MIT, the call is coming from inside the house.

Those who extend invitations have the right to withdraw them, even if it’s for an illiberal (but not unlawful) reason. But the Abbot cancellation suggests that even institutions generally considered to be hard-science strongholds are straying far from their core commitments.

Would-be John Carlson Lecture attendees hoping to hear Dorian Abbot’s expert analysis on climate and the potential for life on other planets won’t have the opportunity this year. Those on college and university campuses concerned about the systematic silencing of academics whose views don’t perfectly align with the majority must urgently consider climate problems closer to home.