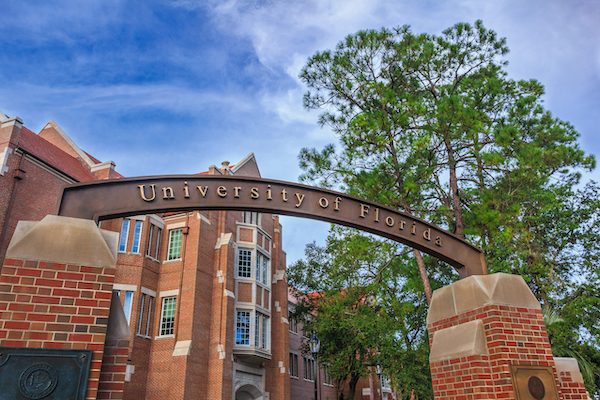 Last week, a University of Florida task force issued a report proposing revisions to university policy governing approval of faculty members’ outside activities. UF President Kent Fuchs accepted the recommendations and is “asking the appropriate offices to proceed with implementation.” Once translated into policy, the recommendations should better protect faculty members’ First Amendment right to pursue expressive activities off campus regardless of the content or viewpoint of their speech.

UF announced the formation of the task force earlier this month in response to widespread criticism, including from FIRE and others, for prohibiting three professors from offering expert testimony in a voting rights lawsuit against the state of Florida. The university’s administration claimed the testimony would be “adverse” to its interests as a state institution. Four days after FIRE wrote to UF, the university backed down and reversed the ban. That same day, President Fuchs announced the membership of the task force, which consisted of several administrators and faculty members, and charged it with recommending, in particular, how UF should respond when employees request approval to serve as expert witnesses in litigation in which the state of Florida is a party.

FIRE remains deeply skeptical of the wisdom and constitutionality of any system of prior restraint that requires faculty or students to ask permission to speak.

Under existing policy, the university reviews such requests through its Conflicts of Interest Program to ensure the activities will “not conflict, or appear to conflict, with their professional obligations to the University of Florida.” But UF’s recent application of the policy revealed the need for language that meaningfully reflects faculty members’ First Amendment right to speak as private citizens on matters of public concern, which extends to testifying truthfully in court, even when the testimony would be contrary to the government’s interests. In addition to the three professors involved in the voting rights case, the university had also prohibited at least five other faculty members from participating in lawsuits against the state as expert witnesses or by signing amicus curiae briefs.

The task force ultimately recommended adoption of a policy that:

FIRE remains deeply skeptical of the wisdom and constitutionality of any system of prior restraint that requires faculty or students to ask permission to speak — a form of censorship that the U.S. Supreme Court has called “the most serious and the least tolerable infringement on First Amendment rights.” It is unlikely that UF will be able to show that any planned expert testimony so interferes with a faculty member’s job duties as to override the fundamental right to speak on issues of public importance.

If UF adheres to its obligation of viewpoint neutrality, it cannot reject a request to testify because it might undermine the state’s position in litigation or upset administrators, government officials, or members of the public.

But, to the task force’s credit, its recommendations are significantly more speech-protective than UF’s existing conflict of interest policies, which were ambiguous enough that they led the university to restrict testimony that had only an attenuated relationship (if any) with the university’s interests as an employer.

A current guidance document, for example, states faculty generally are permitted to serve “as an expert witness or legal consultant for a case that is not likely to adversely impact UF’s interests.” This vague criterion is exactly what was used to bar the professors’ participation in the lawsuit challenging a state voting law, which was related to the state’s interests, not those of the university as an employer. Under the task force’s proposal, UF cannot rely on such a “general assertion” or “undifferentiated fear or apprehension of harm” to overcome the “strong presumption” that testimony in state-involved litigation is permissible.

The recommendations that requests be evaluated regardless of the viewpoint of the testimony or whether the faculty member would be compensated also are positive developments. UF may deny a request only when “clear and convincing evidence establishes that such testimony would conflict with an important and particularized interest of the university,” and it must explain the decision in writing.

What counts as an “important and particularized interest of the university” is unclear. The report later notes that a faculty member’s cumulative time devoted to outside activities could create a conflict of commitment. But if UF adheres to its obligation of viewpoint neutrality, it cannot reject a request to testify because it might undermine the state’s position in litigation or upset administrators, government officials, or members of the public. Further, the requirement that UF set forth its objections in writing gives faculty — and the public — the opportunity to evaluate or challenge those assertions, preventing the university from moving the goalposts or asserting shifting rationales.

The task force also made various helpful recommendations concerning procedure, such as the creation of an advisory committee. The committee — consisting partly of faculty — would review proposed denials of requests to serve as an expert witness in litigation where the state is a party (and other proposed denials at the discretion of the initial reviewers) and make a written recommendation to the provost. And requesters would have a right to appeal all denials of requests to engage in outside activities.

We warned the University of Florida: If you pick a fight with the First Amendment, you will lose.

Now @UF has reversed course, agreeing to allow the professors to testify and revisiting policies used to silence them. Our letter to UF and new statement: https://t.co/M3iY8T4P89

While the task force’s work was narrowly focused on the question of service as an expert witness in state-involved litigation, UF must ensure that restrictions on any expressive outside activities are reasonable, viewpoint-neutral, and narrowly tailored to ensuring the activities do not substantially impede the performance of the faculty member’s duties or interfere with the regular university operations.

A policy that follows these guidelines would both comply with the First Amendment and advance UF’s fourfold mission of “teaching, research, scholarship and service,” through which “students, faculty and staff embrace the ideal of sharing the benefits of our research and knowledge for the public good.” It also would be consistent with UF’s commitment to academic freedom as “integral to the conception of the University as a community of scholars engaged in the pursuit of truth and the communication of knowledge in an atmosphere of tolerance and freedom.” UF earns FIRE’s highest, “green light” rating for its policies governing student expression, and it should likewise ensure its policies do not seriously imperil faculty expression.