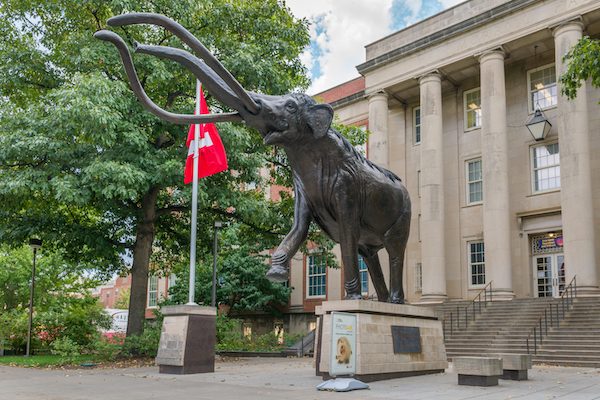 University of Nebraska regent and gubernatorial candidate Jim Pillen said recently that he intends to introduce a board of regents resolution in August opposing “any imposition of critical race theory” in university curriculum. The resolution’s vague terms present serious academic freedom concerns, and those concerns appear to be shared by members of the university’s faculty, the university system president, and chancellors of each of those universities, who have spoken out against the proposal.

The resolution itself is brief:

Imposition by whom, exactly? The language is ambiguous, and therein lies the problem.

The language therefore represents a potential threat to the academic freedom rights of all Nebraska faculty.

If Pillen’s resolution were phrased clearly to prevent the board of regents itself from imposing certain required curricula on faculty, that would be all well and good. So, too, would it be permissible for the regents to share their opinions about whatever they mean by “critical race theory,” just as university leaders often exercise their own expressive rights to criticize student or faculty speech.

However, this resolution could too easily be applied to prevent faculty members who want to teach those topics in their classrooms from doing so. The language therefore represents a potential threat to the academic freedom rights of all Nebraska faculty.

To impose any strait jacket upon the intellectual leaders in our colleges and universities would imperil the future of our Nation. … Teachers and students must always remain free to inquire, to study and to evaluate, to gain new maturity and understanding; otherwise our civilization will stagnate and die.

And in Keyishian v. Board of Regents, the Court identified academic freedom as “a special concern of the First Amendment, which does not tolerate laws that cast a pall of orthodoxy over the classroom.”

Perhaps Pillen intended his resolution to prevent the casting of a pall of orthodoxy over the classroom — in other words, to prevent the board from requiring faculty to include critical race theory in their classrooms. But the resolution’s vague wording threatens to chill academic freedom rights by preventing faculty from teaching about topics that could be viewed as CRT, which encompasses an incredibly broad range of topics, given the lack of a set definition in this resolution (or, indeed, in general).

The University of Nebraska board of regents must stand by its commitment to academic freedom.

Last week, the University of Nebraska-Lincoln faculty senate executive committee released a statement criticizing the proposal, writing: “We oppose any action by the Board of Regents, or any of its membership, that places any doubt on this commitment to academic freedom in word, by implication or for personal gain.”

And on Wednesday, the president of the University of Nebraska System and the chancellors of its constituent institutions released a statement affirming the university is “strongly committed to academic freedom” and its faculty’s right to “freely discuss ideas in and outside of the classroom.” While the statement did not discuss the resolution in detail, it did provide: “As we have shared with Regent Pillen, we have significant concerns about the resolution and how it would be interpreted by the faculty, staff and students we hope to recruit and retain.”

The American Association of University Professors also joined the fray this week, temporarily suspending its final step in lifting a censure the AAUP had placed on the University of Nebraska-Lincoln arising from the university’s response to a graduate student instructor’s testy exchange with an undergraduate in 2017. In a letter to the university’s chancellor, the AAUP wrote:

An institution whose governing board dictates the subjects that its faculty members may or may not address in their classrooms fails to honor the basic tenets of academic freedom that enable institutions of higher learning to seek the truth and promote the common good.

FIRE also calls on the board to reject the proposed resolution. To adopt it would fly in the face of the board’s “Commitment to Free Expression” policy, adopted in 2018. That policy describes the university’s “pursuit to discover, explore, interpret, and question knowledge and opinions” and notes that “the search for new truths often comes forth only after bringing together differing opinions,” before affirming that the university “is clear in its commitment and faithful to the preservation of Academic Freedom.”

We’re glad to see this from @UNLincoln
administrators⬇️

Pillen’s resolution, however, is anything but clear.

But not all who have weighed in on the statement have been opposed.

Back in June, the Nebraska Freedom Coalition and the Nebraska Federation of Republican Women put out a press release calling on Pillen to propose a resolution “denouncing the teaching of Critical Race Theory in university required curriculum, trainings, and influence of policy and procedures” and stating that public institutions “should not use such tax dollars to teach Anti-American philosophy.” (The press release also called for the other gubernatorial candidates to “[take] a stand” against CRT.)

The University of Nebraska board of regents must stand by its commitment to academic freedom. Regardless of who has thrown support behind the resolution, it is simply incompatible with the traditions of academic freedom that are necessary for institutions of higher education to thrive.

If and when the resolution is introduced at the August 13 meeting, the board must reject its vague terms.