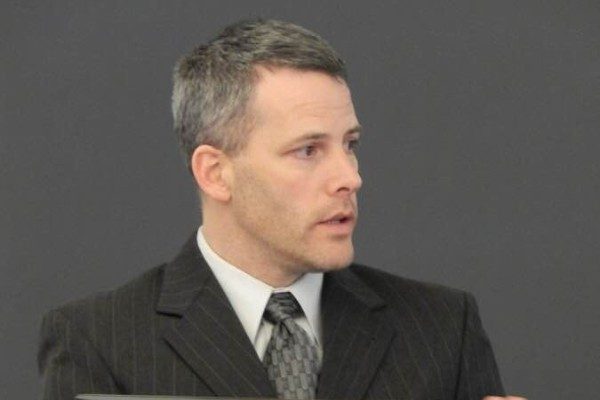 If you have been following the fight for academic freedom at St. John’s University since last week, there are some updates to that situation. And if you haven’t been paying attention yet, but you believe in academic freedom, get some antacid before you read further.

What began as the suppression of the academic freedom of one professor has now spread; now every history professor at St. John’s is being told there is one specific guest speaker they can’t invite.

Meanwhile, the fate of the accused professor is still not fully decided. In short, he will not be returning to the classroom in the short term.

Last week, FIRE sent an urgent letter to St. John’s in New York, calling on them to rescind a finding that professor and graduate student Richard Taylor had violated the school’s “Bias, Discrimination, and Harassment” policy by asking a question in an introductory history class. The class was on the biological impact of transatlantic trade, and the question, in the last slide of his presentation: “Do the positives justify the negatives?” 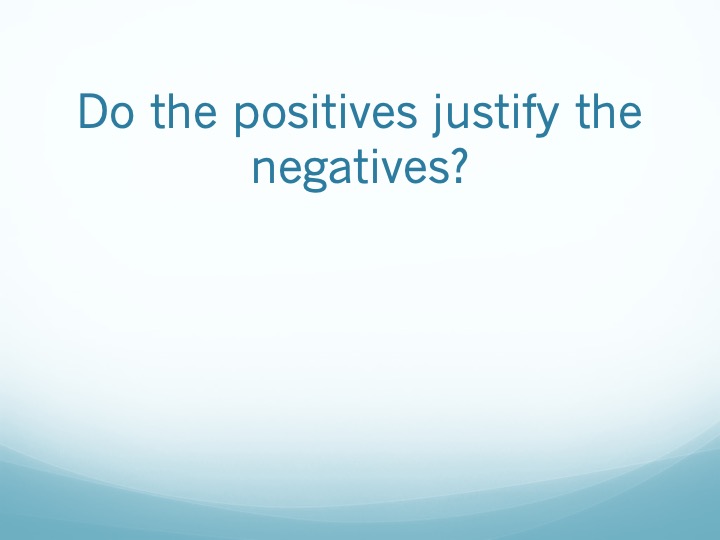 The slide that Taylor was investigated and punished for.

You might well be wondering how asking that question could create a bias incident. I’m not sure, because the school hasn’t explained its reasoning. But if I had to guess, I assume the trail of breadcrumbs goes something like this: Enslaved people were treated like commodities in transatlantic trade; therefore, a thought exercise debating the outcomes of historical choices amounts to asking students to justify the practice of slavery. And because that topic is painful, the question re-traumatizes the descendants of the victims of slavery.

The counter-argument is that history is painful and understanding it requires confronting even the uncomfortable parts. That confrontation means subjecting history’s most difficult chapters to the same inquiry any other topic would be given. And that would be true even if the topic had directly been slavery, instead of the development of global biodiversity through trade.

Taylor taught the class twice on Sept. 7. After the first section, which had 30 students, exactly one student complained about Taylor’s discussion prompt. None complained in the second section. Based on that complaint, a student group started a campaign to get Taylor fired.

(Student groups are within their right to advocate for anything they want. St. John’s is an institution with academic freedom and fundamental fairness obligations.)

We sent our letter on Thursday; Taylor had a video-conference meeting in the late morning on Friday. St. John’s sanction accomplishes nothing but to reveal how little conviction the administration has in its actions so far.

Taylor’s sanction, at least so far, is to continue getting paid not to teach, at least through the current semester. He’s also categorically forbidden to guest lecture in any other professor’s classroom.

Like many 9/11 first responders, he has suffered health problems, including skin cancer. Taylor is the living, breathing testimony of the history those classes seek to teach.

This leaves a number of unanswered questions. First among them is how will Taylor continue with his Ph.D. if he’s banned from teaching? Teaching is a requirement of his Ph.D program. The administrators in that meeting — including the interim dean of his program — stated he would be permitted to finish his Ph.D. but that he would need to submit a written question about the teaching requirement. That question would then be left in the hands of St. John’s President Conrado Gempesaw, and Taylor will have to email him to find out if he can continue as a student.

The second question is, why is it necessary to prohibit Taylor from guest lecturing?

Taylor has guest lectured in other history classes when those classes discuss the 9/11 terrorist attacks because he was a 9/11 first responder. He spent 700 hours at Ground Zero, including time digging through the rubble, looking for human remains. Like many 9/11 first responders, he has suffered health problems, including skin cancer. Taylor is the living, breathing testimony of the history those classes seek to teach.

If you dig deeper into last week’s letter, you’ll find that the investigation process that determined Taylor had violated the bias policy was characterized by such a deficiency of due process that we cannot, at this point in time, categorically say that an investigation actually happened. St. John’s sent a letter saying it happened. But St. John’s says a lot of things.

Because Taylor has been given no access to the investigation, or even a summary of how it was conducted, the only information he has about the underlying complaints are that one student was upset by the class, and that the school got over 300 form letters about it. Some of Taylor’s other students have started petitions and contacted us asking how to help him; it isn’t clear how, or whether, the investigation included those voices.

And St. John’s has not treated all employees equally when form letter accusations come in.

It’s almost darkly comical that St. John’s informed him he could not appeal the finding. How could he appeal from a decision with no record, no evidence, and no articulated reasoning? St. John’s could save itself a few salaries and replace the whole process with a coin toss, and if the accused got to see the coin, it’d be an improvement.

And St. John’s has not treated all employees equally when form letter accusations come in. At the time St. John’s was investigating the claims against Taylor, the aforementioned student group made form-letter complaints against the hearing officer investigating Taylor, claiming that she has a history of ignoring administrative misconduct. When Taylor was accused, he was suspended from teaching pending an investigation within hours; when letters came in accusing the hearing officer, St. John’s not only kept her on the job, but opened an investigation into the students.

In light of the ethically questionable and substantively hypothetical “investigation” that led to the sanctions hearing, leaving Taylor with unanswered questions at this stage looks like a stalling tactic. Perhaps they think that, if they keep Taylor in limbo, you’ll move on and forget.

Don’t let St. John’s get away with this

At his meeting with the dean on Friday, Taylor was told he would continue as a Ph.D. student, but the path to that degree remains unresolved. His return to the classroom is, at best, postponed indefinitely, even as a guest lecturer. That meeting also indicated that the decisions on how to resolve these questions would be sent to the President’s desk.

Since we know St. John’s is such a fan of form letters, we’ve got one of our own that will send your sentiments onward to the administrators. There’s the change.org petition, too. And outside of those collective channels, please continue to write, call, and e-mail, demanding that St. John’s defend the academic freedom it purports to believe in.

We’ll continue to update you with any developments.