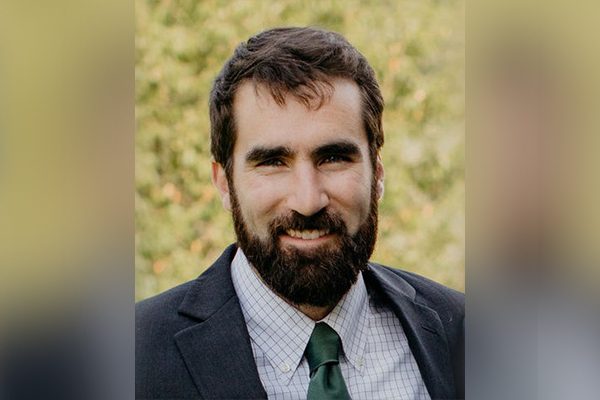 STANFORD, Calif., June 3, 2021 — Stanford University announced late Wednesday that it ended its investigation into law student Nicholas Wallace, who was under investigation for an email he sent to peers that satirized the Federalist Society, Sen. Josh Hawley, Texas Attorney General Ken Paxton, and the events of Jan. 6.

The Foundation for Individual Rights in Education’s June 1 letter to Stanford generated widespread media coverage that galvanized Twitter users on Wallace’s behalf. Shortly after FIRE issued its press release, Stanford dropped the investigation, releasing a hold on Wallace’s diploma that had threatened his ability to graduate.

“I am going to continue to work to make sure Stanford does not subject another student to this kind of abuse of process again,” said Wallace. “No student should ever face the threat of a degree hold for exercising their free speech rights.”

As he looks forward to graduating, Wallace is thankful for those who advocated on his behalf: “I am immensely grateful to FIRE for their support over the past few days, and their ongoing advocacy for students’ free speech rights.”

Wallace landed in hot water after the school received a complaint in March from an officer of the law school’s chapter of the Federalist Society, alleging that a satirical email Wallace sent to peers in January violated university policy. Wallace’s degree was placed on hold last week after the complainant confirmed that he wanted the university to move forward.

FIRE demanded Tuesday that Stanford release the hold on Wallace’s diploma and refrain from further investigation into or sanctions against Wallace. FIRE also asked Stanford to commit to screening student complaints to determine whether they involve protected speech before initiating investigations into student expression.

“Wallace should have been prepping for finals and graduation, not having to defend his expressive rights,” said FIRE attorney Adam Steinbaugh. “Satire isn’t a crime, and ‘investigating’ satire is farcical. It shouldn’t take a Twitter firestorm for Stanford to realize that its actions against Wallace ran contrary to its institutional values.”

Slate journalist Mark Joseph Stern wrote an article highlighting Wallace’s plight and FIRE’s letter to Stanford that prompted an outcry on Wallace’s behalf from Twitter users, including Hawaii Sen. Brian Schatz. Other outlets that featured Wallace’s story include The New York Times, The Washington Post, and The Stanford Daily. Just hours after FIRE’s letter went public, Stanford backtracked and dropped its investigation, announcing what should have been obvious when the complaint was first filed in March: the email was protected by Stanford’s promises of freedom of expression.

The investigation began months after Wallace sent a Jan. 25 email to a student listserv purporting to invite students to attend a fictional Federalist Society event — to be held 19 days earlier, on Jan. 6 — at which Hawley and Paxton, both members of the Federalist Society, would be the keynote speakers. The event, the “Originalist Case for Inciting Insurrection,” would discuss “doing a coup” and the “classical system of installing a government.” The email further said Hawley and Paxton would discuss “violent insurrection” as “an effective approach to upholding the principle of limited government.”

Two months later, an officer of Stanford Law’s student chapter of the Federalist Society filed a complaint against Wallace, claiming that he “defamed” Hawley, Paxton, and the student group, because he “impersonated” the group and insinuated that they would promote violence. After the Federalist Society officer confirmed to Stanford administrators on May 22 that he wanted to proceed with his complaint, Stanford initiated an investigation into Wallace and put a hold on his diploma two weeks before his law school graduation on June 12.

In Tuesday’s letter to Stanford, FIRE explained that Wallace’s email was satirical, parodying Federalist Society events in order to criticize the group and its relationship with elected officials who supported then-President Trump’s efforts to block certification of the election results. As FIRE’s letter explained, the email is protected by Stanford’s own promises of free expression and by California law. Not only did Wallace send the email 19 days after the Capitol violence took place, but he also sent it to a commentary-focused listserv and not the listserv for campus announcements that is used to promote genuine Federalist Society events. Given this context, the email was figurative speech offering a critical opinion about the Federalist Society, not a sincere claim that Hawley and Paxton would appear at Stanford in the past to promote a riot.

Though a private institution and thus not required by the Constitution to protect free speech, Stanford promises free expression to its students both in its formal policies and on a website specifically dedicated to promoting the school’s commitment to free expression. Additionally, a California law dubbed the “Leonard Law” bars most private colleges from disciplining students for any speech that would be protected by the First Amendment. Satire might hurt the feelings of its target, but it is protected speech under principles of freedom of expression.