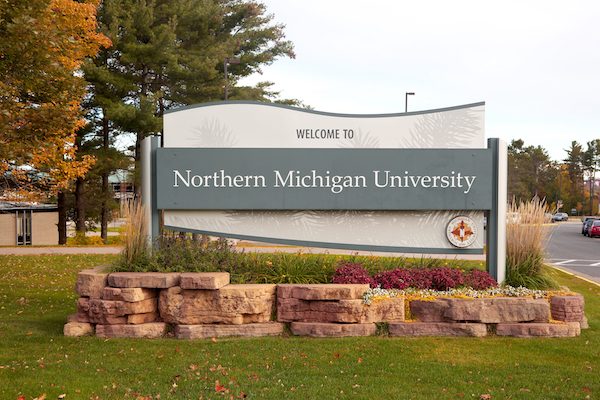 Northern Michigan University finally cleared student Dominick Dotson of wrongdoing 47 days after suspending him for emailing a mental health survey to the student body. Dotson’s vindication is welcome, but it should not take two letters from FIRE, public pressure, and a private attorney to get NMU to once again back down from punishing students for discussing mental health.

NMU’s reversal comes more than six weeks after it imposed an emergency suspension on Dotson for emailing all students a short survey requesting anonymous feedback about university mental health resources. Dotson sought to gather his fellow students’ views on the adequacy of campus counseling facilities following a student’s suicide in early April. After Dotson sent his survey on April 6, NMU sent police to his campus door, charged him with multiple disciplinary violations, cut off his email access, and banned him from “all other university activities or privileges for which the student might otherwise be eligible.”

NMU claimed — without evidence or explanation — that it had to immediately suspend him because his survey caused “a disruption” and administrators “[had] to make it stop.”  In FIRE’s April 28 letter to NMU, we explained how this drastic disciplinary measure should be reserved for true campus threats and called for Dotson’s immediate reinstatement.

It is inexcusable that NMU needed yet another reminder that it cannot silence students who want to talk about mental health on campus.

This isn’t the first time NMU chose harm over help when it comes to mental health. In 2015, NMU students revealed how the university was systematically threatening punishment against them for sharing “suicidal or self-destructive thoughts or actions” with others. Almost a year after the public outcry from students and mental health advocacy groups, NMU was still warning incoming students of severe discipline if they shared thoughts of self-harm with other students. This egregious censorship earned NMU a spot on FIRE’s 2017 “10 Worst Colleges for Free Speech” list and a U.S. Department of Justice settlement where the university agreed to stop the practice.

NMU apparently did not learn its lesson. On May 5, it rejected FIRE’s initial call to drop the meritless disciplinary charges against Dotson, which administrators held over his head for more than a month through the end of the academic year.

NMU’s recalcitrance prompted Dotson to retain attorney Nicholas Roumel from NachtLaw, P.C., who negotiated a resolution with NMU on May 24 to finally rescind the charges and clear Dotson’s record.

It is inexcusable that NMU needed yet another reminder that it cannot silence students who want to talk about mental health on campus. While the university may have belatedly come to the right conclusion by deciding not to expel Dotson for protected expressive activity, the chilling effect of its lengthy interim suspension will persist, dampening the climate for free speech on campus. FIRE calls on NMU to publicly affirm — once and for all — that it will protect its students’ fundamental First Amendment right to talk about mental health.