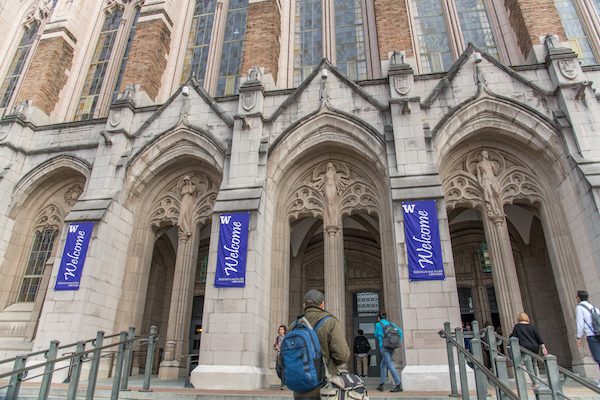 Last week, the University of Washington faculty voted down a proposed amendment to the faculty code that would have required tenure and promotion candidates to “reflect on past and planned contributions to diversity, equity, and inclusion in the self-assessment of their qualifications for tenure or promotion.” FIRE wrote to UW in late May expressing concern that the proposed policy would penalize faculty who dissent from the prevailing campus consensus on DEI-related issues.

In March, UW’s Faculty Council on Race, Equity, and Justice submitted the proposed amendment to the faculty senate, which approved the amendment, sending it to the full faculty for a vote. Faculty voting concluded on June 6, and the amendment failed to pass.

The proposal’s failure to pass is a victory for academic freedom. The First Amendment prohibits public universities like UW from compelling faculty to endorse specific political or ideological views or to demonstrate their commitment to those views through their academic (or non-academic) activities.

Vague DEI policies like the one proposed at UW can too easily operate as ideological litmus tests.

Like many DEI statement policies, the proposal did not define the terms “diversity,” “equity,” or “inclusion.” As we told UW, the lack of precise, objective, viewpoint-neutral definitions and criteria raises “serious risks that these terms will become proxies for particular viewpoints or beliefs, particularly given their salient political connotations that currently drive significant debate and controversy.”

References in the faculty council’s proposal to flawed guidance from other institutions amplified the risk of unconstitutional viewpoint discrimination. For example, the proposal refers to DEI statement guidance from the University of California system, which recommends that hiring committees create a rubric to assess DEI statements. Troublingly, the rubrics that some UC institutions use reveal how DEI evaluation can readily become an exercise in viewpoint discrimination: UC Berkeley’s sample rubric gives low scores to candidates who, for example, say “it’s better not to have outreach or affinity groups aimed at particular individuals because it keeps them separate from everyone else, or will make them feel less valued.” FIRE recently objected to UC Santa Cruz’s use of this same flawed, viewpoint-discriminatory rubric to evaluate faculty applicants.

FIRE’s recent statement on the use of DEI criteria in faculty hiring and evaluation (and the accompanying FAQ) raises concerns over the growing trend of universities requiring DEI statements that compel faculty to affirm university-approved views or to promote them in their research, teaching, or service activities. Enforcing or encouraging ideological conformity is the exact opposite of what institutions of higher education should be doing. As we say in our statement, “It is not the role of the university to harden a select set of views into incontrovertible dogmas, short-circuiting the current of intellectual inquiry. Academia is a place to test ideas, not scholars’ loyalty to them.”

Our statement warns colleges and universities seeking to promote diversity and inclusion that they must do so in a way that respects their faculty’s rights to free speech and academic freedom:

[Universities] can promote these values through institutional statements, community events, administrative outreach, support services, and other non-mandatory programs and initiatives that ideally further a robust conception of diversity and inclusion — one that encompasses diversity of perspective, intellectual freedom, inquisitiveness, tolerance of dissent, open-mindedness, and epistemic humility.

Vague DEI policies like the one proposed at UW can too easily operate as ideological litmus tests. FIRE is glad UW’s faculty made the right decision to reject the proposal. We will continue to oppose such policies when and where they arise.