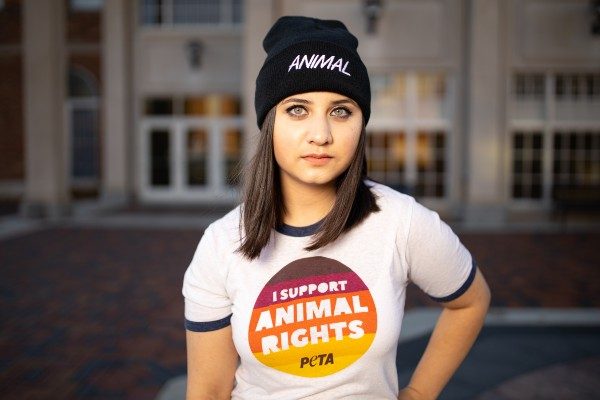 KIRKSVILLE, Mo., Feb. 10, 2020 — Two months after the Foundation for Individual Rights in Education growled at a Missouri university for unconstitutionally rejecting a prospective animal rights student group, Truman State University announced Friday that it has now reformed its policies. The university originally denied recognition to Animal Alliance because of its association with PETA and the “emotional risk” of confrontations amongst students.

The club is now officially recognized.

“I was so excited when I heard the news,” said Truman student and Animal Alliance Vice President Naomi Mathew. “Our club is already planning our first events now. The administration definitely made the right choice, because reforming the process doesn’t just help our group, but any students trying to start a new organization.”

Students forming the Animal Alliance had done everything necessary: They submitted an application form, selected an adviser, and identified more than 10 interested students. But following a hearing and closed-door deliberations, administrators denied their application on Nov. 21, citing “the emotional risk” of potentially hostile student reactions and the possibility that police responding to such situations could be emotionally upsetting to other students. Administrators also expressed concern about the “reputational risk” of associating with PETA.

“We’re delighted that Truman State recognized that their decision and process did not square with the First Amendment, and that the university pledged to bring its approval process in line with its constitutional obligations,” said Lindsie Rank, author of FIRE’s letter. “We encourage students everywhere who are facing viewpoint discrimination to get in touch with FIRE.”

Truman State sent its revised policies to FIRE on Feb. 7.

“We have reviewed Truman State’s revised policy and are confident that — if applied as written — club recognition will now be decided based on constitutional and viewpoint neutral criteria,” said Laura Beltz, FIRE’s policy reform senior program officer.

Since 2015, administrators at Truman denied at least 43 prospective groups, including those advocating for first-generation college students, transgender students, and children with cancer. Other groups to face Truman’s axe include clubs promoting religious causes, the elimination of the global slave trade, and consent in sexual relationships. Animal Alliance was the third prospective student group promoting veganism or vegetarianism to be denied recognition in as many years. The university rejected a proposed Vegetarian Club in 2017, after a committee member objected to part of its mission statement as “very very very extreme” and said they would not go vegetarian themselves.

Public universities must use objective, viewpoint-neutral criteria to grant or deny student groups’ bids for official recognition. But Truman State’s subjective process violated students’ First Amendment rights and resulted in a double standard, with some groups approved and others ousted. Groups without official recognition can be denied a wide range of resources, including funding, room reservations, and the ability to publicize events on campus.

FIRE applauds Truman State’s quick actions to fix the policy and restore rights to previously-denied organizations. FIRE also credits Mathew with standing up to defend First Amendment rights, and demonstrating that when you defend your own rights, you help preserve the rights of others.