FIRE > Newsdesk > Top Story > What does a school with a “Warning” rating look like? BYU-Idaho demonstrates. 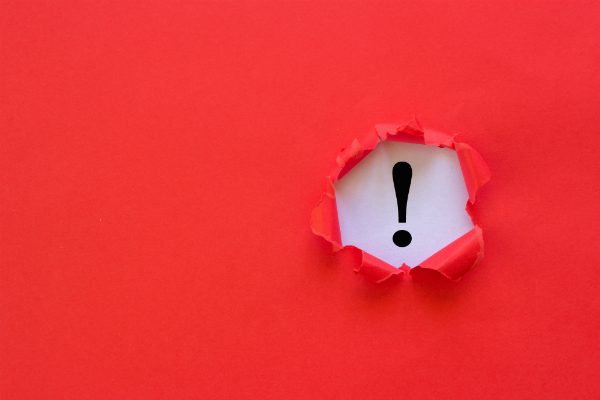 Recently, it came to light that the Scroll, Brigham Young University-Idaho’s student newspaper, had been censored.

According to the Religion News Service, student journalists experienced pressure from the BYU-Idaho administration to discontinue their coverage of the issue after publishing a piece that was critical of the university’s decision to stop accepting Medicaid, a lifeline to health coverage for many according to the Scroll’s reporting. Students were clearly frustrated about the university’s decision, and the Scroll – like any good campus newspaper – talked to those students to understand their perspective. Apparently, the administration did not take kindly to the venting session.

As reported by the Post Register, a recording of a Scroll staff meeting revealed that the staff worried its funding would be cut if it continued to write about the issue. One unidentified Scroll staff member apparently summarized the pressure this way: “Basically, the deal is, there are people that would be very happy to cut Scroll funding in the Kimball (administrative) building, and so we keep getting told to not poke the bear.”

This is certainly not the first time FIRE has heard of threats to student media coverage — in fact, we wrote a report this fall about this prevalent issue — but it is notable that this instance happened at a BYU campus. BYU’s main campus in Provo, Utah earns a rare “Warning” rating in FIRE’s Spotlight database. If the Idaho campus were to be included in our database, it would earn this same designation.

What is a “Warning” school?

The vast majority of private colleges represent themselves as bastions of free expression — and explicitly promise free speech to their students in written policy. However, there is a smaller number of private institutions (only six institutions in our Spotlight database of 471 colleges and universities) that do not promise free speech. These schools state in no uncertain terms in official policy that they value something else over freedom of expression; these are “Warning” schools.

As private institutions, these colleges and universities possess their own right to free association, which allows them to prioritize other values above the right to free speech. Under the First Amendment, freedom of association cultivates the gathering of like-minded people who share similar goals, values, and interests. As such, it is important for students and faculty members to have the choice to attend an institution that prioritizes certain values that depart from a traditional college experience.

These values are often religious, as is the case with BYU, Baylor University, and Pepperdine University. But other institutions such as Vassar College choose to elevate values like civility over freedom of expression, meaning the college could punish students for speaking in an uncivil manner, even when that speech is clearly protected under First Amendment standards. (While Vassar mentions free expression in its policies like most colleges do, the explicit and conspicuous language in this policy makes clear that some types of speech will not be tolerated at Vassar.)

What do BYU-Idaho’s policies say?

All three of BYU’s campuses are owned and operated by The Church of Jesus Christ of Latter-day Saints. The BYU campuses are governed by the Church Educational System  Honor Code, a set of standards set forth by the LDS Church. The CES Honor Code regulates student conduct and behavior in accordance with LDS Church teachings, and strives to create an educational atmosphere that is “consistent with the ideals and principles” of the Church.

BYU — and its satellite campuses — demonstrate what we mean when we say a school consistently holds other values above freedom of expression. The Honor Code requires faculty, staff, and students to attend religious services, “[l]ive a chaste and virtuous life,” use “clean language,” and “respect others.” The preamble explicitly states that “[o]bservance of such is a specific condition of employment and admission.”

BYU-Idaho has various other policies regulating student life that consistently (and quite obviously) reflect with these principles. For example, the “Entertainment and Media” policy urges students not to “attend, view, or participate in anything that is vulgar, immoral, violent, or pornographic in any way. Do not participate in anything that presents immorality or violence as acceptable.” Likewise, keeping with the tenets of the LDS Church, BYU-Idaho’s stance on pornography is unsurprising: “Pornography in any form is not permitted.”

Similarly, the university maintains a policy on sexual misconduct that again reminds students that the LDS Church’s principles govern the community, stating the university can punish behavior that is not unlawful but “may still be disrespectful and inappropriate behavior in violation of this Policy and the Church Educational System Honor Code.” It would be obvious to any person reading these policies that enrolling at a university like BYU (or accepting a faculty position therein) means giving up some rights in order to be a member of this private, religious community.

Know before you go

FIRE believes it’s important for students to know that the college they are interested in attending may place religious values (or other values) above student and faculty expressive rights. That’s why we rate colleges with policies similar to BYU-Idaho’s as “Warning” schools.

The incident at BYU-Idaho is a critical reminder that students should examine their institution’s policies before they enroll. When private universities openly state their intention to value religious tenets (or any other principles) over freedom of expression, as BYU-Idaho does, students and faculty should consider themselves warned.

Not sure if your school would earn a “Warning” rating? Want to know more about your institution’s speech codes? Check out FIRE’s Spotlight database or reach out to us at speechcodes@thefire.org for more information.