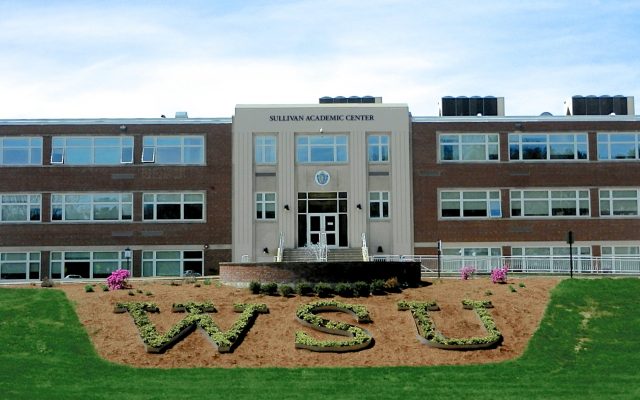 On Feb. 27, Worcester State University students Tony Winship and Alvin Marchena appeared before WSU’s student government association on behalf of their proposed student organization, a chapter of Turning Point USA. After the presentation, SGA senators grilled the students on their viewpoints, the “morals and values” of their national affiliate, and the potential impact their organization would have on the “campus climate.”

After an hour of lengthy, repetitive questioning, the student government ultimately voted 10–2 against recognizing TPUSA as an official student organization.

Winship and Marchena were notified via email on March 5 that the SGA denied recognition to their club, concluding the group would have a “negative impact on campus climate.” The email also cited allegedly contradictory answers to questions during the hour-long meeting, and the “lack of clarity about the relationship between the parent organization and the chapter.”

FIRE wrote to WSU on March 16, explaining how the meeting minutes show that the student senators engaged in viewpoint discrimination in their consideration of TPUSA. This, our letter explained, violates WSU’s obligation as a public institution bound by the First Amendment to uphold its students’ rights to freedom of expression and association.

At a meeting with Winship and Marchena on April 6, WSU administrators indicated that the student government has full discretion to approve or deny recognition to student organizations.

But as we wrote in our letter, the requirement that a public institution approve or reject student organizations in a viewpoint-neutral manner applies with the same force to the student government as it does to school administrators:

These principles [of viewpoint neutrality] apply in the context of student governments when those bodies exercise the delegated institutional authority to grant or deny recognition or distribute student fees to student organizations. Courts have repeatedly and consistently held that universities must grant expressive student organizations recognition and access to student fees on a viewpoint-neutral basis. See, e.g., Board of Regents of the University of Wisconsin System v. Southworth, 529 U.S. 217, 233 (2000) (“When a university requires its students to pay fees to support the extracurricular speech of other students, all in the interest of open discussion, it may not prefer some viewpoints to others.”).

As FIRE has repeatedly explained, public colleges and universities cannot deny official recognition to student organizations based on viewpoint. Doing so is an abdication of their well-established constitutional obligations. However, this is exactly what has happened at WSU. The questions the student senators posed to Winship and Marchena at the Feb. 27 meeting clearly concerned their viewpoints, not whether the group met the viewpoint-neutral criteria all groups must satisfy to become a recognized student organization.

WSU has not responded to FIRE’s letter, but at their April 6 meeting, after FIRE sent our letter, WSU administrators informed Winship and Marchena that they can re-apply for recognition in the fall. But, at that point, their club’s approval will still be subject to a vote by a student government association composed of almost entirely the same students who rejected the club this spring.

FIRE again calls on WSU to reverse the student government association’s rejection of TPUSA and to ensure that applications for recognition as registered student organizations be considered in a viewpoint-neutral, constitutionally sound manner.