FIRE > Newsdesk > After drag show controversy, John Carroll U. pushes ‘Speakers and Events Policy’ that would give it more power to censor students 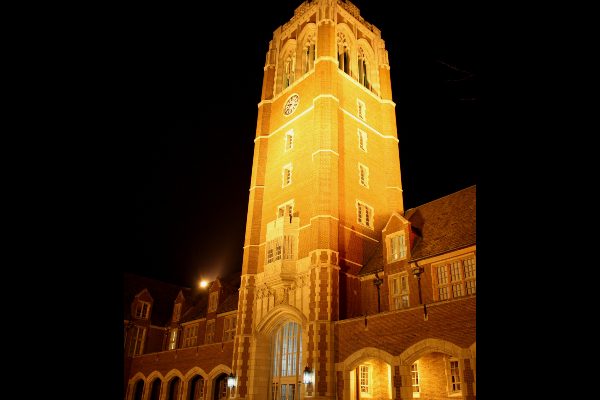 That sums up the Cleveland-area Jesuit university’s stance on their ability to make — and break — free speech promises to their students. Even if doing so is against the law.

FIRE wrote JCU in March over its proposed “Speakers and Events Policy,” which FIRE argued would give JCU administrators unfettered power to engage in viewpoint-based censorship against student-invited speakers or student-organized events. The proposal currently being considered by JCU administrators appears to be an attempt to address fallout from a controversy last fall, in which JCU unilaterally cancelled a student-organized drag show. It states:

The University reserves the right to reschedule, relocate, or cancel an External Speaker or Event if a speaker or event creates a public safety concern; disrupts University operations; violates a University policy; or uses the event as a platform to denigrate the Jesuit Catholic identity or mission of the University.

In practice, the policy would give the university broad latitude to cancel any speaker or event any administrator felt subjectively “denigrated” the university’s identity or mission. Universities also routinely use vague policies citing “safety concerns” to censor events. In these cases, universities effect a “heckler’s veto,” in which speakers or events are cancelled in response to real or perceived threats. FIRE has seen similar policies used to censor all manner of controversial speech — regardless of party affiliation or viewpoint — if an administrator dislikes it.

JCU is a private institution, so the university has its own free speech right to place other values — such as Catholic tradition and teaching — above free expression. The problem, as we noted in our letter (and as students protesting last fall’s drag show’s cancellation noted), is that JCU doesn’t do that.

Multiple JCU policies elevate free expression as among the university’s “central values.” JCU says it “welcomes the perspectives and participation in our mission of faculty, staff, students, and alumni, of all faiths and of no faith,” and “welcomes other approaches and expects and honors the right to question” Catholic values. JCU’s promises of free expression are also requirements of its accreditation by the Higher Learning Commission of the North Central Association of Colleges and Schools, which mandates accredited institutions be “committed to freedom of expression and the pursuit of truth in teaching and learning.”

“Based on JCU’s own policies and value statements, as well as its accreditation,” FIRE wrote to JCU in March, “it would be entirely reasonable for a student to assume that at JCU, he or she would enjoy approximately the same free speech rights as those of students at public colleges bound by the First Amendment.”

Yet, JCU provost Steven Herbert said in an email response to FIRE’s letter late last month that the university “respectfully disagrees” with our analysis.

“The University does not believe the proposed policy violates its contractual obligations, policies or legal commitments, or its freedom of expression principles,” Herbert wrote, “particularly in light of the University’s status as a private and Jesuit Catholic university and its ability to adopt a policy for making determinations about the use of University resources to host speakers and events on campus (but outside the classroom setting).”

“The University has no further response on this issue,” Herbert wrote.

The law, however, may have the last word.

Numerous courts have held that the policies of private universities — Catholic and Jesuit ones specifically — constitute binding contracts with students and faculty.

As long as JCU maintains contradictory policies, it is violating its contractual obligations to its students. FIRE once again calls on JCU to table the proposed events policy that would expose the school to legal liability and — worse — violate its students’ rights.