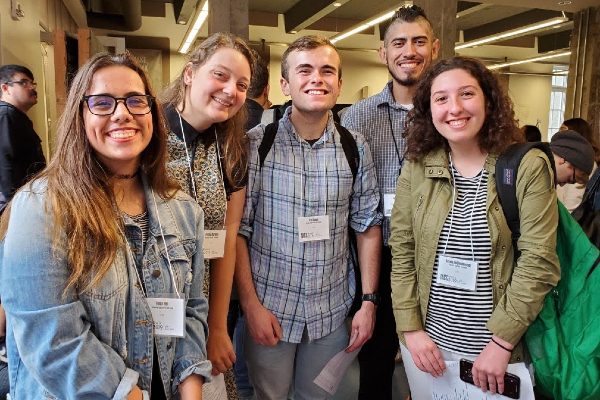 Emma Hall sometimes feels like she’s running The Inquirer by herself.

“I have to pretty much take lead on a lot of things that happen in running our newsroom,” Hall said. There is a new faculty adviser, but they’ve never led a college newsroom before. Hall says she’s who students go to for guidance.

“I’ve been the one keeping The Inquirer afloat and running.”

Current and former Inquirer journalists confirmed Hall’s account of a publication beset by problems due to administrators exerting improper control over the “student-led” paper, while failing to provide basic course necessities — like an experienced adviser.

More troubling, the students say, administrative neglect of The Inquirer is indicative of broader problems that could signal the end of the school’s entire journalism program.

Last spring, The Inquirer began reporting on a spate of racist graffiti found on campus, criticizing DVC for failing to inform students of the graffiti for days, which the paper argued “left students in the dark” and posed a threat to student safety.

“The program is dying and nothing is being done.”

The Inquirer’s continued coverage of the administrative response to the graffiti led to controversy, rankling several faculty members who then criticized The Inquirer’s coverage in letters to the editor. Hall says one of those authors confronted The Inquirer’s then-adviser Fernando Gallo in the newsroom, resulting in a human resources complaint.

But Gallo, an alumnus of the University of California, Berkeley Graduate School of Journalism, stood by the students’ coverage. Then, just 11 days before the start of the Fall semester, and despite having been promised an overload of classes to teach, Gallo was told his services were no longer needed.

The Inquirer has covered Gallo’s firing, with reporters saying the administrative explanation for Gallo’s dismissal has been uneven and appears to be pretextual.

Editor-in-chief Emma Hall writes about the backlash The Inquirer received last semester, leading The Inquirer staff without former adviser Fernando Gallo, and the uncertain future of journalism at DVC. https://t.co/McmUTuydFt

“When we started to learn the reasons for his dismissal, I felt downright angry,” said Pavlina Markova, the features editor who will take over for Hall as editor-in-chief next semester. “Those reasons and stories didn’t match, with every new one, it seemed more and more like if they were just making stuff up to cover up the fact that his dismissal was most probably connected to the critical coverage of last semester.”

Gallo’s departure also left the already-understaffed Journalism department with at least one teacher-less course and students unable to get the classes they need to graduate.

DVC says the department is undergoing a “revitalization,” attempting to hire new staff and improve the department, according to Inside Higher Ed:

Revitalization “gives the college an opportunity to review the program and make recommendations about it, how to improve, re-structure, expand, to grow,” [Obed Vazquez, dean of the English and Social Sciences Division] wrote in an email. He said that faculty members were “hired as needed” and the program will continue to seek full-time faculty. For now, it has just two adjunct professors.

Last month, FIRE and the College Media Association penned a joint letter to DVC detailing the apparent retaliatory firing and reminding the public school that failing to rehire a media adviser violates state and federal law, as well as DVC’s promises to its students.

“Declining to rehire a student newspaper adviser because of editorial decisions,” the groups wrote, “violates the First Amendment and California Education Code sections 66301 (The ‘Leonard Law’) and 76120, as well as DVC’s own stated commitment to free expression.”

DVC’s response to our letter failed to adequately address our concerns.

Students say The Inquirer has suffered since Gallo’s unexpected departure.

“If there ever existed a person to be the adviser of a student newsroom, it is Fernando,” Markova said. The loss of his guidance, she said, rendered her “confused and utterly hopeless.”

“We lost the one person who stood up for us when the administration came after us,” she said. “A lot of things that are the adviser’s job fell on the shoulders of the students. This is not to say that it’s the fault of our current adviser,” Markova added, “but he didn’t have any experience advising student newsrooms and had to start learning everything as he came to us.”

Student control of student newspapers, even ones operated as part of a class, is considered a best practice under both the Student Press Law Center’s model publication guidelines and the College Media Association’s code of ethical behavior for advisers. At the same time, as the code of ethical behavior explains, an adviser is an educator and a role model. In that sense, an adviser’s relationship to a student newspaper is like a football coach’s relationship to the team: They may not actually be on the field, but highly successful programs have strong advisers to guide the independent editorial staff.

“With Fernando gone,” said Aryana Hadjimohammadi, a journalism major and reporter at The Inquirer, “I have seen the editor-in-chief, Emma Hall, lead the program but I have also seen her stressed multiple times throughout the semester with the amount of workload she has had to do.”

“I think that Fernando’s dismissal was really upsetting and unjustified,” Hadjimohammadi said. “There was no clear answer as to why he was dismissed and I am still to this day confused as to why he was fired.”

“I was looking forward to taking two classes with him this semester, but now he is gone,” said Eric Dionne, another Inquirer reporter. “They also canceled one of the journalism classes because DVC had no one to teach it. Now I’m forced to stay an extra semester because it was the last class I needed to take to graduate.”

“Fernando’s style challenged his students to go out of their comfort zones in reporting,” said Gavin Rock, the Inquirer’s former sports editor, who transferred to Sacramento State University. Rock accused DVC of “gutting the Inquirer.”

“Things are way better here at Sac State,” he said. “Sac State journalism professors are encouraging and engaging, and like Fernando, The State Hornet adviser is very pro-student.”

For Hall’s part, she’s had to take on that role, pushing students to continue reporting on administrative issues for the benefit of the student body, even where students have expressed concerns about going up against DVC.

“It’s been very depressing this semester,” she said. “I am concerned that once I leave and once our next editor-in-chief leaves that coverage will soften. We won’t necessarily have pieces that hold the administration accountable, and, most importantly, be a voice for the student population.”

DVC’s promised “revitalization” of the broader journalism program has also not materialized.

“The program is dying and nothing is being done,” said Markova, the incoming editor-in-chief. “It looks like the plan is to wait for the program to quietly disappear.”

The students at The Inquirer have ideas on how to save the program and are meeting with administrators; they just hope DVC will listen.

.@DVCInquirer will be meeting with admin to discuss the department’s revitalization on Dec. 6. My editorial board will addressing our concerns, the injustice of Fernando’s removal, what we think the program should do moving forward. (1/2).

“For starters, having someone who honestly cares about journalism in the administration would be a good first step towards making things right,” Markova said, noting that the time limit on the revitalization is a short two years. “If nothing changes, the program will be gone completely.”

“They need to hire a full time faculty member who can act as a department chair, and provide more journalism professors to students,” said Rock, the student who transferred.

DVC, in its response to FIRE, claims to be doing just that.

Hall said she’ll believe it when she sees it.

“Students should be able to pursue journalism, even at a community college level,” she said. “We need stability in this program.”

“Neglect. Neglect is the perfect word to describe how the administration has treated us.”