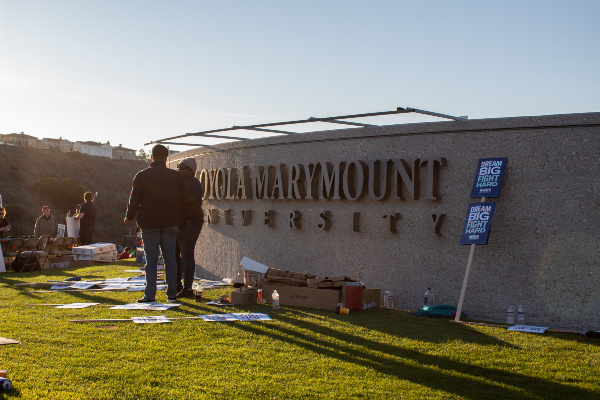 Key concept — “Non-delegable constitutional duty”: The obligation of a state actor to ensure agents who perform delegated duties are doing so in accordance with constitutional obligations, including the First Amendment. In other words, the recognition that the state cannot empower an agent to perform an action the state could not perform itself. 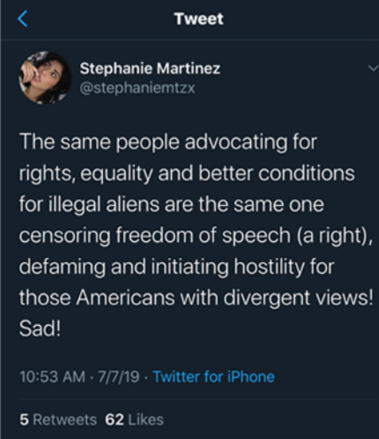 In one posting, for example, Martinez wrote, “The same people advocating for rights, equality, and better conditions for illegal aliens are the same one censoring freedom of speech (a right), defaming and initiating hostility for those Americans with divergent views! Sad!” The student government characterized her posts as “conduct that severely damages the integrity or authority of [student government] or the office held by the individual[.]”

Martinez’s next step would be to appeal the impeachment; at that point, the student government will conduct a trial. Whether that impeachment is lawful or not is a complex question, especially in light of a recent decision from Florida that we’ll discuss below — but it’s not uncommon.

Student governments are well-known (well, at least if you work at FIRE) for visiting anti-speech, anti-freedom punishments on student groups and student newspapers. Less well known is their tendency to impose those same rules on their fellow student government members. A few more examples from recent years:

This isn’t a recent development, either, as I wrote in my 2012 book, “Unlearning Liberty:”

Something that should probably keep you up at night is the fact that student governments, which are often seen as training grounds for future politicians and lawmakers, harbor attitudes towards basic free speech and due process rights that are more akin to petty dictatorships than to the American Founding Fathers.

A case that is almost beyond parody occurred in 2008 at the University of Wisconsin–Milwaukee (UWM), where the student government passed legislation that the sponsors named the “Sedition Act.” That’s right, the Sedition Act. The legislation promised action and “civil relief” in the case of any students who “disseminate[d] untrue or otherwise misleading statements about the Student Association.” Apparently, the student government at UWM was not aware that America’s own 1798 “Alien and Sedition Acts” are now considered to virtually define unconstitutionality and are invoked as a shameful moment in American history, not one to be emulated.

Any of these cases would be viewed as attempted censorship in the real world of legislatures, though there are vanishingly rare parallel stories in the non-student world. If student governments are intended as “learning labs” for students to become future leaders, either they should more closely hew to the constitution, or they’re training their students to become leaders in places like Belarus.

That doesn’t necessarily mean that all of these actions are illegal. Student governments can vary in structure, but generally speaking, at a public school, they operate as voluntary associations of students to which state authority has been delegated. The state authority is to divide student activity funding among student groups, and in some cases, to approve or suspend student groups from participating in that funding pool. (The use of student fees is both a source of ongoing attempts of right-on-left censorship, and the subject matter of one of the most boring cases in Supreme Court history.)

This creates a dichotomy where a student government’s constitutional obligations will vary, depending on whether the action they intend to take is merely an exercise of associational freedom, or in some way burdens the state action delegated to it. In general, something is a “state action” when, if the student government failed to perform it, the state itself would have to step in and do it.

In some cases, in fact, the state has an obligation to step in and ensure its authority is not misused.

On Oct. 8, the U.S. District Court for the Northern District of Florida granted a preliminary injunction to a student government senator at Florida State University who had been removed from the senate presidency because of his online statements. The injunction requires FSU to continue to pay the senator, Jack Denton, the salary he would have received as president through the end of his term, which is set to end this week.

Denton was removed as president in a no-confidence vote after he expressed traditional Catholic religious beliefs (including opposition to abortion and the view that marriages should exclusively be heterosexual and monogamous) in a private chat with other members of the FSU Catholic Student Union. The opinion describes some of the “extreme and emotional” reactions to Denton’s statements:

One senator could “think of no more abhorrent thing to hear coming from our senate leadership” than Denton’s remarks. His discussion … made her worry about “the safety” of senators and the whole student body.

Another senator echoed the “massive outcry from the student body to remove President Denton and do right by the LGBTQ+ community.” Denton’s removal was necessary, one senator insisted, “so that we may begin the work to heal.” …

Another senator insisted keeping Denton “would be effectively enabling bigotry.” She closed by saying that “upon thinking that I had to spend . . . another three days serving under President Denton, I immediately began to cry.”

Judge Allen Winsor determined that FSU had functionally rubber-stamped Denton’s removal. FSU’s rules gave final approval of student government actions to FSU administrators. When the student government intentionally declined to appoint student court justices to hear the president’s appeal, FSU administrators decided that meant the end of the process for Denton. The court viewed that decision (or indecision, if you want to look at it that way) functionally involved FSU in the decision to punish a student for his online speech, in violation of the First Amendment.

Attorneys for the defendants argued that the 11th Amendment and qualified immunity would make it impossible for Denton to recover economic damages from the school or student government, respectively. The judge, however, ruled that potential immunity made the economic harm irreparable, and thus, properly addressed by injunction requiring the payments to continue.

Notably, the court did not return Denton to office. Judge Winsor reasoned that, given the no-confidence vote, restoring him to the office could produce “tumult and chaos.” In short, equity requires considering not merely the interests of the parties, but the interests of the public — including, the interest of the other students in a functional student government.

The Florida State decision is unusual, and it remains to be seen whether other courts will adopt a similar reasoning.

There is a doctrine in tort law known as the “non-delegable duty,” which is an obligation on a party to do something that can’t be contracted away. For example, the federal government has a non-delegable duty to ensure the safety of working conditions for contractors. It can delegate the implementation of safety measures to contractors but cannot avoid liability if those actions are performed incorrectly.

But there is a similar concept in constitutional law, which, since at least as early as 2005 (when FIRE was just a 5 year old), we have called the “non-delegable constitutional duty.”

A state cannot empower its agents to achieve an outcome it could not achieve on its own. If it could, the civil rights movement would’ve lasted as long as it took some segregated county to subcontract police operations to the Klan, at which point, the governor would have thrown up his hands and said, “Oh, well, it’s not the state doing it!”

Student governments should be aspiring to higher things than “not quite breaking the law.”

That means that a state university remains liable for unconstitutional decisions taken by its agent. Accordingly, if a student government:

That obligation is the “non-delegable constitutional duty.”

In the Florida State case, the institution’s rules gave the college oversight over every student government decision and the right to decide appeals from those decisions. For FSU to shrug when a student government member is expelled for his religious speech doesn’t get the school off the hook because avoiding religious discrimination and state censorship is a non-delegable constitutional duty.

Whether that outcome would hold true at other student governments depends on what authority they are delegated in the first place, how the decision being made impacts that duty, and whether the state retains oversight of exercises of delegated authority.

Still, whatever the outcome of that analysis in a given situation, that it’s necessary to perform the analysis at all is an indication of a student government not listening to its better angels. Student governments should be aspiring to higher things than “not quite breaking the law.” If a student government manages to get away with punishing a student senator for otherwise lawful speech it doesn’t like, it still will have failed its essential mission of preparing future leaders.

That said, it’s not all dark and grim in student government.

It is the unfortunate side effect of being a free speech organization that we tend to hear more about illiberal student government actions than liberal ones. (Nobody ever calls FIRE to say that their student government is running very well and “we’re all fine here, now, thank you, how are you?” At least, not until they’ve blasted the metaphorical intercom.) But there are student governments who are doing positive things for speech, too.

Student senators who react to emotionally trying times by recommitting to core principles are missing out on the dopamine rush from playing to an angry Twitter mob. They are, however, precisely the future leaders we need so badly.