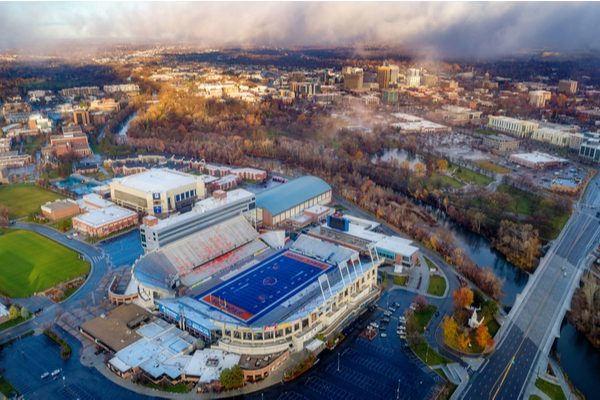 The university’s response — and the context of the legislative pressure to curtail these courses — raises concerns that the response is focused on content, not conduct.

In addition to the $409,000 cut — which one lawmaker said “borders on censorship” — the budget problematically includes language barring any state university or college from using “appropriated funds” to “support social justice ideology student activities, clubs, events and organizations on campus.” This provision, which is likely unconstitutional, is a classic example of a law that would require the institutions to withhold funds from student organizations based on their viewpoints in direct contradiction to long standing precedents set forth by the Supreme Court of the United States. (For similar efforts, see our analysis of a proposal in New York to bar funding to student organizations that permit “hate speech.”)

Additionally, each Idaho state university is required to “submit a written report of its expenditures related to these activities,” and the State Board of Education is directed to “evaluate” the use of student activity fees for “activities, clubs and organizations focused on individual beliefs and values” in light of “the need for access, affordability, and choice.”

Without knowing the details of what “series of concerns” and “allegations” have been raised, it is impossible to know whether the university’s response is appropriately tailored to the allegations. An educator who engages in harassment of students due to their beliefs or membership in a protected class finds no shelter in academic freedom. A university presented with credible allegations of harassment must take efforts to investigate and prevent that abuse — including, if necessary, through the suspension of a course or instructor.

Yet the university’s response — and the context of the legislative pressure to curtail these courses — raises concerns that the response is focused on content, not conduct. It is unlikely that the university’s 52 courses — which incorporate different themes or topics, ranging from folklore, to sports, to film, to censorship — have a common element that results in instructors harassing their students.

That, in any event, is consistent with the arguments raised by the Idaho Freedom Foundation, a nonprofit which has called on Idaho’s legislature to eliminate “social justice initiatives,” including “courses that are infused with social justice ideology” and “indoctrination majors,” such as gender studies, sociology, and history. The IFF argues that the mass suspension reflects not a “single rogue class where an isolated incident occurred,” but instead reflects the “systemic problem” of “the propagandizing and indoctrinating of students in a false and pernicious ideology, not their humiliation.” 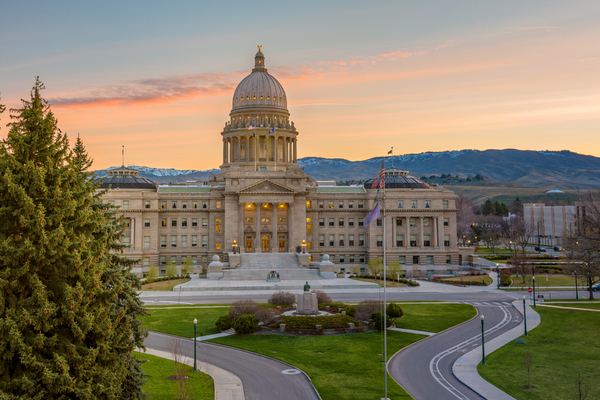 One state legislator previously suggested threatening universities’ funding as a way to "send the message that we do have a say on what is taught."

If so, then the suspension represents not an effort to remediate harassing conduct, but the effectuation of censorship in response to legislative and public pressure. Contra one lawmaker’s assertion that the state’s pursestrings entitle the authorities to regulate “what is taught,” Supreme Court Justice Felix Frankfurter in 1957 — in the midst of legislative efforts to excise communism from universities — identified the “four essential freedoms” of the university: “to determine for itself on academic grounds who may teach, what may be taught, how it shall be taught, and who may be admitted to study.”

In utilizing funding as a vehicle to pressure universities to limit what may be taught, lawmakers will cast an unacceptable chilling effect on academic freedom. Idaho’s legislature must abandon any attempt to pressure its educational institutions to change or restrict the content of courses. Being an effective steward of state resources does not mean shielding adult college students from views they might find offensive. It means preserving and defending the expressive and academic freedom rights of students and faculty, even when others find the exercise of those rights to be offensive.

For its part, Boise State must be transparent and expedient in addressing any credible complaint of harassment or inappropriate conduct. To these ends, FIRE has issued a public records request seeking copies of any complaints or credible allegations of misconduct. If there is no evidence of widespread discriminatory conduct, Boise State must restore the cancelled classes and clarify that discussion of diversity, social justice, critical race theory, and other issues objected to by the public or lawmakers is permitted. The institution should confirm that legislative pressure will not lead to discipline or cancellation of courses.

If your rights are imperiled at Boise State or elsewhere, please get in touch with FIRE.