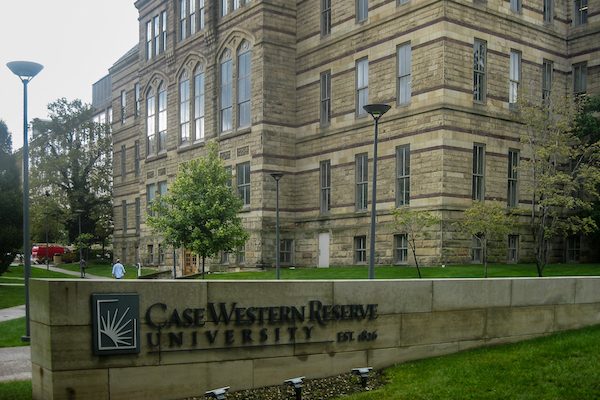 Case Western Reserve University’s administration has made the necessary and commendable decision to stand by the expressive rights of a student group that has come under fire for its pro-life activism.

Case for Life, a pro-life student group, faced a long and contentious journey to official recognition. During the spring of 2020, the student government voted to recognize Case for Life, an important step for student groups to gain access to things like university funding. Then a student-led referendum reversed the student government’s decision. The university ultimately recognized the group despite the referendum. But an editorial from the school newspaper is urging the university to decline to fund the group.

Fortunately, however, Case Western Reserve’s administration appears to be following through on its commitment to freedom of expression on campus. Administrators declined to capitulate to demands to derecognize and defund the group, and their decision to back the pro-life student group provides an excellent model of how university leaders can resist illiberal calls to suppress and chill speech on campus, especially when that speech deals with tense and high-stakes political issues.

Case Western Reserve is a private university that makes admirable commitments to freedom of expression in its Policy on Freedom of Expression/Expressive Activities:

The school’s administration followed through on its commitment in a statement provided to Campus Reform.

FIRE commends Case Western Reserve for standing by its commitment to freedom of expression.

“Case Western Reserve’s Division of Student Affairs formally recognized Students for Life last fall because, as the division’s leader wrote then, denying it would violate the university’s policy on freedom of expression,” the university told the outlet. The university added that “it is not the proper role of the University to exclude or suppress those ideas some may find unwelcome, disagreeable, or even offensive.”

We at FIRE could not agree more.

As FIRE wrote in April 2020, the university’s Undergraduate Student Government voted to recognize the student group, then called “Students for Life,” a local chapter of the national Students for Life organization. The organization, which has student chapters on campuses across the country, aims to foster the “pro-life generation to abolish abortion.”

But almost immediately after being recognized, the group ran into resistance. Students circulated a petition calling for a referendum to overturn the USG’s decision. The petition cited the group’s “potential to cause harm to others of the student body.”

Case Western Reserve’s administration appears to be following through on its commitment to freedom of expression on campus.

“We cannot support the speech of an organization where the exact type of speech has been deemed by researchers to have negative consequences that could strongly impact the well-being of some members of the student body—no matter how professionally the organization conducts itself,” the petition stated.

More than 600 students signed the petition, clearing the necessary requirement that at least 10 percent of undergraduates sign on in order to trigger a referendum vote. Over the summer, the student body voted to overturn the USG’s decision to recognize the group.

Following the referendum, Students for Life rebranded itself as “Case for Life” and officially separated from the national organization. In the fall, the university’s Division of Student Affairs recognized the group and encouraged it to apply for university funding, effectively overriding the student body’s referendum.

The situation also led to the creation of a rival student organization, Voices for Reproductive Health, which pledged to counter Case for Life’s activism, especially at abortion clinics where Case for Life leads demonstrations against abortion.

The university noted to Campus Reform that while the administration disagreed with the editorial published in The Observer, it strongly supported the paper’s right to express its opinion.

In this week’s editorial, we discuss USG’s recent decision to approve the pro-life student group Case For Life, resulting in the subsequent funding of the group by the university. Read more about the implications of this decision through the link below:https://t.co/kdNenjPn8u

Case for Life’s president, Madison Weldon, said that the group aspires to promote conversations on campus. “The main goal of CFL is to have dialogues with those whose beliefs differ so that both sides may listen and come to a better understanding of the other.”

This is how free speech on campus should work. A student group forms on one side of a contentious political issue. It is recognized by the university’s student government and the university, and in response, a group on the other side of the issue forms. A robust campus debate around the groups’ competing viewpoints occurs and continues. The university resists calls to derecognize either group and protects the groups’ rights to exist and rights to freedom of expression and association.

This commitment to free speech is especially necessary regarding the issue of abortion, which has long been one of the most divisive topics in American political rhetoric.

The Texas state government recently enacted Senate Bill 8, a law that effectively bans abortions after the point at which a fetal heartbeat can be detected. The law has come under heavy fire from pro-choice groups and lawmakers, and the Supreme Court’s upcoming review of a Mississippi law banning abortions after 15 weeks is likely to keep the issue of abortion in the news for the foreseeable future.