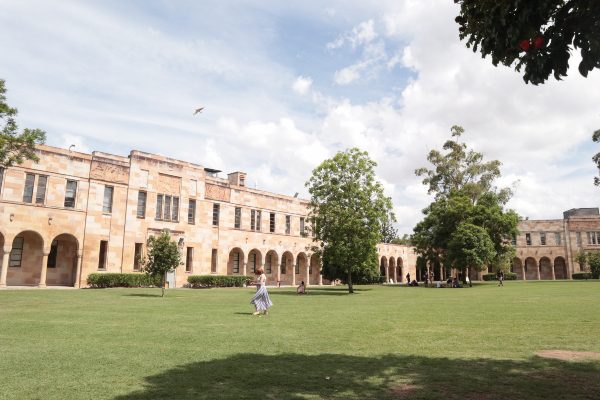 In December, FIRE warned that American universities must be prepared to respond appropriately to the protests and controversies surrounding student debates about the unrest in Hong Kong. While COVID-19 has shut down most campus protests for now, the question of how universities should respond to controversial student speech about political events relating to China and Hong Kong hasn’t been eliminated.

Recent events suggest that the University of Queensland in Australia may be faltering in its handling of such debates, serving as a reminder to universities around the world that these controversies are far from over.

Last week, student Drew Pavlou announced that UQ initiated disciplinary action against him and “will be considering [his] expulsion on April 27th.” He wrote that he believes the “true nature of the hearing” is to discipline him for “challenging the university’s unethical dealings with corporations as well as dictatorships like the Chinese state.”

Pavlou, a member of UQ’s student senate, is known for his attention-getting activism regarding Hong Kong and protests of China. Pavlou was involved in an altercation at a campus protest last summer where he says he and other students were attacked for supporting Hong Kong.

FIRE reached out to Pavlou in an attempt to independently verify the details of the charges, which have been described as “confidential.” Guardian Australia provided a summary of the charges:

Drew Pavlou, a member of the UQ senate, was this week sent a series of misconduct allegations against him and told to attend a disciplinary board hearing, where a decision maker would have the ability to terminate his enrolment.

Pavlou said the claims he breached university policies mainly related to his activism. They include satirical social media posts, opposition to the university’s contract with the Confucius Institute, and comments critical of the vice-chancellor, Peter Høj.

Guardian Australia has reviewed a summary of the “misconduct” charges, which include claims his conduct was inappropriate and abusive, and that he damaged the reputation of the university. None suggest he has acted unlawfully.

The Sydney Morning Herald published information on the charges as well. Among them are accusations that he has “harmed” UQ’s reputation:

The university has presented 11 allegations of misconduct against Mr Pavlou, 20, arguing his activities breached integrity and harassment policies and the student charter. The university said he harmed its reputation, engaged in intimidating and disrespectful conduct and disrupted normal staff operations.

While the 186-page document outlining the allegations is confidential, Mr Pavlou said they included social media comments about the Hong Kong protests where he identified himself as speaking “on behalf of the university” as an elected student representative on the UQ senate.

Another incident involved him putting a sign on the university’s Chinese government-funded Confucius Institute in March, declaring it was a COVID-19 “biohazard” and posting a photo of the act on Facebook. Others involved his commentary about vice-chancellor Peter Hoj and the university and crass comments towards other students.

The Sydney Morning Herald also noted that Pavlou’s charges drew the attention of some members of Parliament who expressed concerns about students’ speech rights at the university.

For its part, UQ denied that it was targeting Pavlou for his speech, stating: “Universities reasonably expect that students comply with conduct policies and charters that reflect both the organisation’s values and community expectations.”

The university, which recently updated its Confucius Institute agreement to remove language requiring UQ to “accept the assessment of the [Confucius Institute] headquarters on the teaching quality” at the CI, created a page called “UQ responds” to address both Pavlou and UQ’s relationship with the Chinese government. The page asserts “that UQ is absolutely committed to freedom of speech,” but that “[b]ullying and intimidating behaviour, including hate speech, will not be tolerated.”

Without a full list of the charges, outside observers cannot determine whether Pavlou engaged in conduct that could appropriately be punished at a university that is committed to freedom of expression. But both Guardian Australia and The Sydney Morning Herald cite Pavlou’s social media posts and criticism of UQ’s relationship with China and its vice-chancellor as reasons for the disciplinary action. If this reporting is accurate, UQ’s behavior is an unacceptable encroachment on political speech at a university that has consistently maintained it would not punish students for their activism. Students must be free to criticize their universities regardless of how uncomfortable or inconvenient their speech is for administrators.

Scholars at Risk voiced concerns about Pavlou’s experience, too, noting that his “situation reminds us of the responsibility of universities, including Queensland, to respect & promote #StudentExpression — including when it’s critical of the institution — and to guard against extraterritorial attempts to control speech on campus.”

A petition in support of Pavlou currently has over 20,000 signatures.

FIRE will watch for the results of Pavlou’s hearing. Universities, whether in Australia, the United States, or elsewhere, should follow the situation too. Students are not going to stop discussing Hong Kong or China anytime soon, especially given the COVID-19 situation, so administrators should learn from what other institutions are doing right — or wrong.