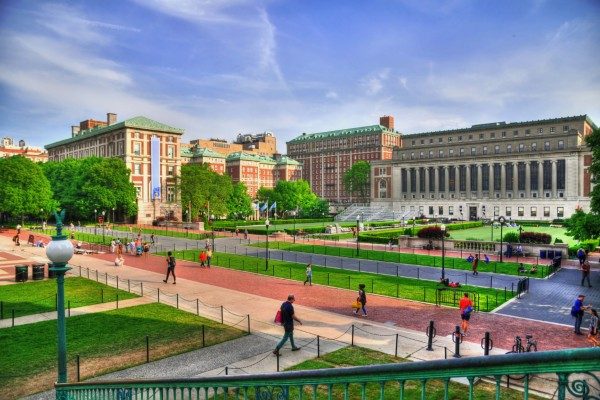 Columbia University should not be swayed by calls to punish Jeffrey Lax, the deputy chair of Columbia’s Political Science department, who is facing criticism — and even calls for his termination — over a Facebook disagreement with a CUNY student. Lax and the student, Gabriel Montalvo, exchanged Facebook comments April 6 over President Trump’s response to the coronavirus pandemic; Montalvo defended the president’s response to the outbreak, and Lax criticized it. In screengrabs of the conversation, publicized widely for the first time this weekend, Lax commented that the student should “drop dead” and called him a “neo-nazi murderer-lover.”

Lax’s comments are protected by Columbia’s strong guarantees of free expression for students and faculty.

Nonetheless, Montalvo — who, although described as a “student” by many outlets, does not attend Columbia University — filed a “formal complaint” with the university, hoping Columbia’s administration would discipline Lax. And at least one New York-area congressional candidate joined calls for Lax’s firing on Twitter, using the hashtag #FireJeffreyLax. Montalvo also tweeted at Columbia, suggesting they discipline Lax in the name of “uph[olding]” the First Amendment, and suggesting that Lax’s exchange amounted to “libel.”

(2/2) @Columbia does this violate your guidelines? I can only hope the #1A is upheld in the classroom. Professors and higher education establishments should be examples of the exchange of civil discussion, not cyber harassment & perverting a historic tragedy to push an agenda. pic.twitter.com/j1aDE6Wx3o

To answer Montalvo’s question, the exchange does not violate Columbia’s free speech guidelines or the First Amendment. Quite to the contrary, both the First Amendment and Columbia’s own guarantees of free expression protect precisely this sort of divisive political exchange. Columbia, which is a private school not bound by the First Amendment, nonetheless has its own excellent free speech policy. Columbia’s Affirmative Statement section of its University Regulations provides a resounding commitment to freedom of expression. (It receives FIRE’s highest speech code rating, meaning the policy does not seriously threaten campus expression.)

“Columbia has a long tradition of valuing dissent and controversy and in welcoming the clash of opinions onto the campus,” the policy states, eloquently explaining why protecting even “objectionable, offensive, immoral, or untrue” expression is so important — particularly on college campuses:

The University, as a forum for the pursuit and attainment of knowledge in every field of human endeavor, has a special role in fostering free inquiry. A principal reason why universities have endured and flourished over centuries is that they provide a place for ideas to be tested, for values to be questioned, and for minds to be changed with as few constraints as possible. Like society at large, but even more so, the University has a vital interest in fostering a climate in which nothing is immune from scrutiny. And Columbia, in particular, has a long tradition of valuing dissent and controversy and in welcoming the clash of opinions onto the campus.

Here, Lax’s testy Facebook back-and-forth fails to run afoul of any Columbia policy. In fact, First Amendment-style speech protections — like those Columbia has enshrined as essential to its campus — are actually at their apex in cases such as this, where the speech is political in nature and centers on a matter of great public concern. A discussion about a sitting president’s management of a global pandemic certainly fits the bill, even if that exchange is intemperate. As the Supreme Court has observed, freedom of expression includes “not only informed and responsible criticism but the freedom to speak foolishly and without moderation.”

Speech that constitutes libel is not protected under First Amendment standards, but Lax’s remark is merely name-calling. Libel occurs when the speaker defames an injured party by making a provably false statement of fact. Statements that constitute name-calling, insults, or expressions of opinion are not libelous. Accordingly, calling someone a “Nazi” may be inflammatory, but no reasonable person would interpret it as an assertion of fact.

Even if Columbia could abandon its free speech principles to discipline a faculty member over an extramural, testy exchange with one of its own students, it has no significant interest in policing the online expression of its faculty members when they interact with people — such as Montalvo — who have no connection to the institution. An institution’s commitment to freedom of expression means it will abstain from policing speech on the basis that others find it offensive, insulting, or otherwise objectionable.

FIRE hopes that despite the calls for censorship in this case, Columbia will stand by its excellent free expression policy and fulfill its acknowledged “special role” “in fostering a climate in which nothing is immune from scrutiny.”