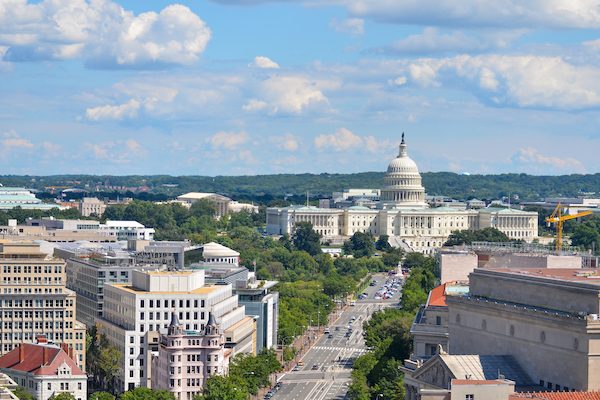 Following up on the campus free speech roundtable he hosted earlier this week, Rep. Greg Murphy, alongside 22 other members of the House of Representatives, has introduced a resolution expressing congressional support for free speech in education.

Declaring that protecting the First Amendment in American schools is a “bipartisan issue that benefits students of any political or personal ideology,” the resolution cites FIRE’s research detailing threats to free thought in education:

[T]he Foundation for Individual Rights in Education (FIRE) reports that just under a third of students say that their college administration makes it either very or extremely clear that they will protect free speech on campus; . . . FIRE also found, in a 2021 survey, that 83 percent of students report self-censoring their viewpoints at least some of the time in the classroom and 21 percent report censoring their viewpoints often.

FIRE Senior Legislative Counsel Tyler Coward identified these concerning findings during the roundtable earlier this week. They come from FIRE’s 2021 Campus Free Speech rankings, which can be read in full here.

Also cited in the resolution’s arguments for campus free speech are the American Civil Liberties Union, the Bipartisan Policy Center, and the newly formed Alumni Free Speech Alliance, among other individuals and groups.

Resolved, That the House of Representatives expresses support for the First Amendment to the Constitution and its bipartisan impact regarding the protection of free speech as well as academic freedoms for all students and faculty.

FIRE applauds Murphy for spearheading this initiative, as well as the 22 representatives joined as co-signatories. We urge the full House to join them. Campus free speech and academic freedom are important for people of all political stripes, and FIRE knows from more than 20 years of experience that threats to these principles have no single political affiliation.

Congress should not stop with this resolution, but must also work to pass meaningful legislation ensuring that America’s future leaders are educated in free and open institutions.

As the U.S. Supreme Court stated in the landmark 1967 case, Keyishian v. Board of Regents, “Teachers and students must always remain free to inquire, to study and to evaluate, to gain new maturity and understanding; otherwise our civilization will stagnate and die.”

You can read the resolution in full here.