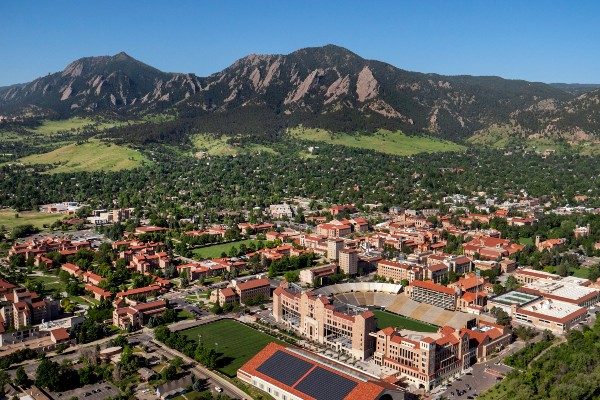 BOULDER, Colo., Aug. 25, 2020 — The University of Colorado Boulder revised its policies on free expression to earn the top free speech rating from the Foundation for Individual Rights in Education.

FIRE, a national campus free speech organization, rates more than 470 institutions nationwide to determine whether their policies restrict student speech that is protected by the First Amendment. Almost 90% of colleges maintain policies that restrict or chill protected expression.

The top, “green light” rating is held by only 55 institutions nationwide, including one other institution in Colorado: Western Colorado University.

SEE HOW MUCH FREE SPEECH OTHER COLORADO INSTITUTIONS RESTRICT

“Students expect that their First Amendment rights will remain intact when they go to college, but the vast majority of them are subject to policies that infringe on those rights,” said FIRE’s Vice President of Policy Reform Azhar Majeed, who worked with CU to revise its speech policies. “CU Boulder is now a national leader on this issue, and their students will benefit from university policies that promote free speech.”

Western Colorado earned FIRE’s top rating in 2015. Nine institutions in the state — including Colorado State University, the University of Northern Colorado, and the University of Denver — earn FIRE’s “yellow light” rating, which denotes policies that, by virtue of their vague wording, could too easily be used to restrict protected expression. Only Adams State University and Fort Lewis College earn FIRE’s worst, “red light” rating, meaning the university maintains policies that clearly and substantially restrict protected speech.

Public universities like CU Boulder are legally bound by the First Amendment to protect student free speech rights, while private institutions are bound by promises of free speech found in their official policies.