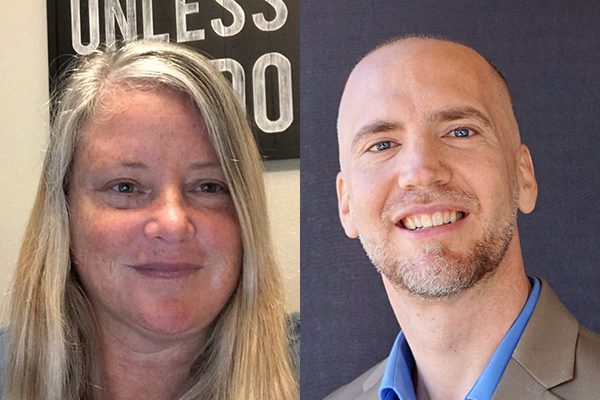 A lawsuit brought against Bakersfield College in California alleges the administration retaliated against two professors who criticized grant expenditures by other faculty for promoting a “partisan political agenda.”

Controversy at the community college started in April of 2019 when stickers with phrases such as “smash Cultural Marxism” and “Never Apologize for Being White” appeared around campus. The stickers were posted clandestinely, and the college’s administration acted quickly to remove them. Student and faculty members of the Social Justice Institute on campus, which pledges to explore “issues of equity that affect [Bakersfield College] students and the diverse local communities that the college serves,” called the stickers racist. Administrators sent a campus-wide email announcing their intent to address “these matters to the fullest extent of the law and our student code of conduct.”

Matthew Garrett, a professor in the history department, publicly disagreed with the characterization of the stickers. He voiced concerns about the dismissal and criticism of the stickers, writing in an op-ed published in May 2019 that he was “neither endorsing the sticker campaign’s methods nor its messages,” but was asking that “we take them seriously.”

Others on campus pushed back. The editor-in-chief of Bakersfield’s student newspaper accused Garrett of being an apologist for the white supremacist group that allegedly posted the stickers and argued that Garrett was trying to reframe an argument about vandalism and racism into an argument about free speech.

Other faculty members attempted to hold a public debate on the messages behind the stickers in September 2019, which Garrett agreed to engage in, but faculty with opposing viewpoints declined to participate. The debate instead became a public lecture by Garrett titled “A Tale of Two Protests: Free Speech and The Intellectual Origins of Campus Censorship.”

A healthy and rigorous campus discourse demands that faculty be able to fairly criticize each other without fear of losing their jobs.

Erin Miller, an associate professor in the history department and the second professor targeted by the college, introduced Garrett, detailing how Garrett’s criticism provoked accusations of being an apologist for white supremacy. Miller said that the lecture would deal with “the ways in which education previously intended to preserve freedom of thought and intellectual rigor has increasingly become a place where some partisan faculty pushing social justice agendas attempt to silence those who challenge or disagree with them while simultaneously silencing people with fear of such accusations before they are yet to even speak.”

During the lecture, Garrett mentioned other faculty members by name, including Andrew Bond and Oliver Rosales, and he argued that Bakersfield College funding was being used by faculty members to push news stories about partisan social justice narratives on campus. He claimed that Rosales was receiving significant college funding and time to “do social justice activism.” He called for a change in how university funding is allocated. The complaint defends Garrett’s public statements, stating that he did not accuse any faculty member of “of misappropriating these funds or of personally enriching themselves or of any illegal conduct.” This lecture would become the source of disciplinary measures taken by the college against Garrett and Miller, who summarize the lecture and ensuring controversy in their complaint against the college filed by attorney Arthur Willner, a member of FIRE’s Legal Network:

A public college or community college district has no business investigating, much less disciplining, a faculty member for publicly criticizing how the district chooses to spend its money. Yet that is precisely what officials of the Kern Community College District […] did when they investigated and then disciplined Dr. Matthew Garrett and Professor Erin Miller following their presentation on censorship to a Bakersfield College campus audience on September 12, 2019 in which Dr. Garrett criticized what he regarded as political bias in the District’s expenditure of college funds. To make matters worse, basing their action upon a demonstrably false pretext, Defendants, District officials operating under color of state law, knowingly violated Plaintiffs’ First Amendment rights in order to assuage the feelings of and bow to pressure brought by other faculty members who disagreed with Plaintiffs’ political viewpoints.

After the lecture, the stakes of the controversy skyrocketed. The complaint alleges that Bakersfield launched an investigation of Garrett and Miller after the faculty members who were named in Garrett’s lecture appealed to the administration for help. The vice president of Bakersfield’s Office of Instruction told Dr. Garrett “to stop requesting public records relating to the grants and to remove the publicly posted video of the September 12, 2019 lecture,” the complaint alleges. This did not dissuade Garrett, who then gave a December 2019 radio interview in which he repeated his criticisms of the financial allocations and how faculty were using the money. In that interview, Garrett said that “we’ve even got a fake news website that’s largely funded by the college” and that the college’s “brand is used to acquire grant money and that grant money is funneled to [a] fake news website to promote a partisan agenda.” Garrett claimed this practice was “very disturbing,” although he did not identify or mention Rosales or Bond during the interview, instead referring to the college generally.

In August of 2020, the school concluded its investigation and accused Garrett and Miller of “unprofessional” conduct by leveling allegations of “financial impropriety” against other faculty members. Garrett and Miller both denied making those claims and pointed out in the complaint that the college had not cited any specific public statement.

As a public college, Bakersfield is bound by the First Amendment to respect the expressive rights of its employees to speak as citizens on matters of public concern and engage in whistleblowing. Left unaddressed, Bakersfield’s decision to investigate and threaten the two professors will have a chilling effect on academics’ ability to discuss pertinent and controversial academic and financial issues — discussions that will likely involve criticism of fellow faculty members and the institution itself. If the college’s punishment is allowed to stand, it bodes poorly for the free speech rights of faculty to criticize the institution, or one another.

A healthy and rigorous campus discourse demands that faculty be able to fairly criticize each other without fear of losing their jobs. Garrett was undoubtedly provocative in naming specific faculty members in his lecture. However, debate and discussion cannot be shut down simply because specific people are named or involved. In Rodriguez v. Maricopa County Community College District, the U.S. Court of Appeals for the Ninth Circuit established that “the desire to maintain a sedate academic environment” does not “justify limitations on a teacher’s freedom to express himself on political issues in vigorous, argumentative, unmeasured, and even distinctly unpleasant terms.”

Bakersfield is not alone in disciplining professors who criticize their institutions and colleagues. In March of 2021, FIRE intervened in a case involving a Linfield University tenured professor who was abruptly fired after publicly criticizing the university for mishandling allegations of sexual abuse. FIRE called on the university to reinstate the professor after the university retaliated and accused him, without providing any due process, of “false public accusations that have, sadly, harmed the university.”

And in December of 2020, FIRE called on the University of Mississippi to provide transparent reasoning for why it decided not to renew the tenure of a professor who was an outspoken critic of the school’s record on issues of racial equity.

Too often, institutions of higher education seek to dissuade controversy, dispute, or conflict by targeting protected speech. This lawsuit results from a complicated and tense situation that has implicated specific people who may not have wanted to be named. But as the complaint states, when a professor acts as dissenter, “a faculty member’s constitutional rights cannot be bargained away in order to satisfy the interests of competing groups on campus.”