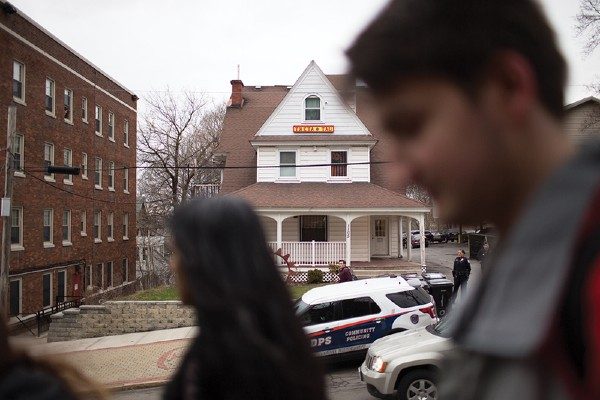 On April 13, FIRE filed an amicus (friend-of-the-court) brief with the New York Court of Appeals on behalf of the Syracuse University students wrongfully suspended over their private, satirical skit. Our brief, and the litigation against Syracuse, demonstrate how private universities in New York continue to violate students’ rights with impunity — a practice FIRE urges the court to rectify.

The Court of Appeals — New York’s highest court — need look no further than Syracuse to see the deterioration of student rights when repeatedly violated without consequence.

The Court of Appeals — New York’s highest court — need look no further than Syracuse to see the deterioration of student rights when repeatedly violated without consequence. Although this litigation originated in 2018 when Syracuse punished the students, members of the Theta Tau fraternity, for their role in a roast of their fellow fraternity members, the university’s disdain for free speech goes as far back as 2005, when it shut down a student-run TV program because it didn’t like its programming. As FIRE detailed in “awarding” Syracuse our Lifetime Censorship Award this past year, the university has punished students for their social media comments, their satirical blogs, and for words they didn’t even utter.

For the Theta Tau litigation, after Syracuse summarily expelled students for their protected expression, a few students fought back, suing in the New York trial court in 2018. Although the trial court found that the students’ expression was protected by the First Amendment, it inexplicably upheld the punishment by finding that the university’s failure to follow its own policies was “rational.” The students fared no better on appeal to the Appellate Division, Fourth Department in 2020, where FIRE also filed an amicus brief urging the court to honor its own promises of free expression. Instead, the majority held that Syracuse doesn’t actually promise students free speech rights — despite its numerous, clear, and written policies guaranteeing students expressive rights consistent with the First Amendment. 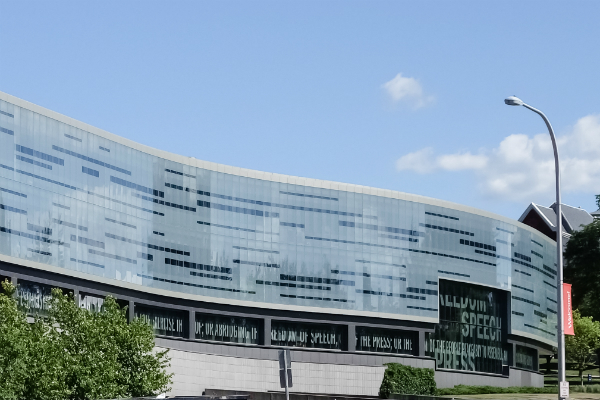 Despite emblazing the words of the First Amendment on a campus building, Syracuse administrators constantly forget its meaning. (Small Curio / Flickr)

Now, in 2021, with the students’ final appeal to New York’s highest court pending, FIRE has again weighed in with today’s brief, bolstering the appellants argument that Syracuse violated its own policies. In our brief, we lay out how private universities across the nation — and especially in New York — routinely disregard the promises they make to protect their students’ rights.

We explain how Long Island University Post investigated a student for allegedly possessing flyers critical of the university, how Fordham University refused to recognize a student group over its viewpoints, and how Rensselaer Polytechnic Institute, another Lifetime Censorship Award recipient, treated outspoken students like criminals. Each of these universities promise free speech but practice censorship, luring prospective undergraduates to matriculate by guaranteeing expressive freedoms yet throwing them under the bus when the time came to honor these rights.

After several FIRE letters to Syracuse, press releases, three years of litigation, and two court decisions, this appeal to the high court represents the final chance for these students to hold Syracuse accountable for violating their rights.

Misconduct that gets rewarded will be repeated. FIRE urges New York’s highest court to take Syracuse to task for flagrantly violating its students’ rights.